From Strength to Strength?

The president of the European Commission, Ursula von der Leyen, claimed in a February 2022 speech that European Union research and innovation is going “from strength to strength.” Her comments reflect the potential for the European Union to transform itself into a science superpower. Although in principle EU member states all agree on the benefits of investing in science and innovation, historically there has been a gap between this aspiration and actual practice.

Notably, as far back as the 2002 Barcelona Summit of the European Council, member states committed to invest 3% of their national gross domestic product (GDP) in research. This measure, known as research intensity, is often used in international comparisons as an indicator of innovation. But 20 years later the European Union is nowhere near that target. The latest figures available from Eurostat show that in 2020 only five member states had a research and development intensity of 3% or higher, and six member states even recorded an intensity below 1% of GDP. On average, the research intensity of the 27 member states stood at 2.3% in 2020, compared with 2.0% a decade earlier. If this glacial pace continues, EU member states will crack the 3% barrier sometime in the early 2040s.

Bridging the gap between aspiration and practice requires action at multiple levels. As a first step, strengthening the European Research Area (ERA), which helps to coordinate the policies of individual member states, would incentivize countries to meet the 3% research intensity target. But there are other levers beyond individual state spending. Since 1984, centrally administered framework programs have been “the main financial tools through which the European Union supports research and development activities covering almost all scientific disciplines,” according to Eurostat. When the latest such program, Horizon Europe, was launched in 2021, struggles over its budget highlighted the need for the scientific community to step up and become stronger advocates for their own interests. Finally, programs that increase the European Union’s strategic “soft power” through opportunities to increase collaboration and lead in science diplomacy should be enhanced.

Launched in 2000, the ERA is currently being revitalized with the recent establishment of new ERA governance, the adoption of a Pact for Research and Innovation in Europe, and an ERA policy agenda. Its ambition is to create a single, borderless market for research, innovation, and technology across the European Union.

This reform process provides an opportunity to ensure that research and innovation activities at the national level are endowed with sufficient support. Unfortunately, the reform process so far mentions voluntary actions but no binding commitments to the 3% research intensity goal. Meanwhile, other regions of the world remain ahead of the European Union in their research spending, with the United States and Japan now above 3% and China, which is now spending 2.2%, nipping at the European Union’s heels.

To maintain and increase Europe’s global research and innovation standing, the ERA must go further in incentivizing member states to achieve the 3% goal. To do so, it could build on already existing structures and tools. For example, in the new Horizon Europe framework program, some of the budget is earmarked for “levelling up” member states that have so far not profited much from the program. Given that many of these countries have also not invested substantially in their own national research systems, disbursing this funding should be conditional on eligible countries committing to and implementing adequate funding of their national research and innovation systems.

A chance for the scientific community to step up

Although national investment in research and innovation has been lackluster among many EU member states, it does account for most of public research spending in the European Union; additionally, the so-called EU framework programs for research and innovation, managed centrally from Brussels, provide extra funding on a competitive basis. However, local research communities are strangely apathetic when it comes to standing up for this EU funding stream. National researchers need to realize that funding decisions made now on the European level directly affect their chances of getting projects funded several years down the road.

The successful launch of Horizon Europe about a year ago came about only after protracted negotiations over its budget. Indeed, some experts question whether its ambitious aims—including several “moonshot” missions—can be achieved at the current funding level. The process for EU funding decisions is somewhat parallel to those in the United States, in that an executive body (the European Commission) proposes a budget, but the final budget is debated, amended, and approved by a legislative body. In the European Union, that legislative body consists of a Council (representatives of the 27 member states) and the European Parliament (elected directly by the citizens).

As with the US Congress, lobbying—or the lack thereof—can make a difference to budgets. In the case of Horizon Europe, although the European Commission and European Parliament favored a generous budget, the initial proposal of €100 billion ran into trouble among member states as represented in the Council. One of the Council’s proposals even cut the budget down to below the €70 billion allocated to Horizon Europe’s predecessor program, Horizon 2020.

The final budget number was achieved through a last-minute compromise, but the episode revealed an underlying dynamic in the research community’s failure to advocate strongly enough for their interests in EU budget negotiations. Although EU umbrella organizations such as the League of Research Universities, the European University Association, the CESAER association of science and technology universities, the Guild of European Research-Intensive Universities, Science Europe, and others defend the needs of the research community in Brussels and have found allies within the Commission and the European Parliament, in general the research community doesn’t sufficiently engage in the process of convincing member states to cough up the necessary funding.

Addressing this weakness requires lobbying not only in Brussels, but in national capitals as well.

Researchers may see Horizon Europe as being something far away in Brussels and therefore fail to lobby their own governments, without realizing that national governments have an important voice in shaping the budget. The research community would do well to learn from the national farming associations, which appear on their tractors in full force in the streets of Brussels as soon as any cuts to farming subsidies are on the agenda. By contrast, no one has ever seen disgruntled scientists in front of the Europa building, seat of the European Council.

More seriously, the scientific community has failed to make the case that funding EU research is not an add-on but an existential necessity for the European Union. In the United States, scientific societies, higher education associations, and individual institutions devote considerable time and resources to engaging with policymakers at multiple levels of government and articulating the value of funding science. In the European Union, groups like the associations mentioned above should more strongly coordinate their institutional members, as US higher education associations do, to make the case within their home areas. And the international nonprofit Marie Curie Alumni Associations, which brings together more than 19,000 individual members who have previously received EU funding, could more actively involve them in such lobbying activities. For instance, RescueHorizonEurope, a bottom-up initiative led by researcher Antonia Weberling and several others, has been making the case for a binding 3% research and innovation investment goal for EU member states by 2035 as a part of the Conference on the Future of Europe. Sufficiently mobilized, the EU research community could begin to better argue for its own worth.

Although Horizon Europe and its predecessor framework programs resonate with the international research community, the European Union has largely failed to leverage these opportunities beyond its borders. The previous program, Horizon 2020, which ran from 2014 to 2020, was so attractive that 16 non-EU members paid to be associated with it. This association means that non-EU countries contribute, but may also receive money back in the form of competitively awarded grants, just as EU states can.

The intention with the new Horizon Europe program is to further strengthen these international links, but so far this has not come to pass. At a conference in February 2019, Jean-Eric Paquet, the European Commission’s director general for research and innovation, explained that exploratory talks with eight additional countries were being held to discuss Horizon Europe association: Canada, Argentina, Australia, Brazil, Japan, New Zealand, South Africa, and the United States. However, as Horizon Europe is being implemented, only Canada and New Zealand remain on the list of potential associated countries, and even those have not progressed beyond exploratory talks.

Even more worryingly, in some instances the European Union wields research innovation cooperation as a stick to punish countries for a perceived lack of cooperation in other policy areas. One prominent example concerns Switzerland. After Switzerland’s decision to terminate negotiations of an overarching EU-Swiss Institutional Framework Agreement in May 2021, the European Union put the Swiss association negotiations to Horizon Europe on hold. There are now worries that the United Kingdom could also be excluded from Horizon Europe association if it does not cooperate on other matters.

Such measures should only be used in the direst of circumstances—such as the invasion of Ukraine by Russia, which has resulted in Russia being suspended from a host of programs, including Horizon. By using the association status as a stick to punish unwanted behavior in much less severe circumstances, rather than as a carrot to project its soft power, the European Union is failing to realize the framework program’s full potential for advancing science diplomacy. Instead, the European Union should use association status to meet strategic objectives and strengthen partnerships and collaborations; for example, it could include research and innovation much more prominently in its eastern partnership with six former Soviet republics (excluding Russia).

A best practice example of scientific cooperation is SESAME. Since its founding in the 1990s, this EU-cofunded cooperative research venture in Jordan has managed to produce good science with a synchrotron light source while simultaneously bringing together usually hostile countries in the region. The intention of SESAME, according to a recent case study by Charlotte Rungius, Tim Flick, and Sebastian Riedel, is “to foster scientific cooperation in a region of the world that has been torn by persistent conflicts. The project is built on the idea that science can help to overcome barriers and cultural differences within the common ground of science and research.” SESAME sets a precedent for the European Union to use science diplomacy to advance its soft power, economic interests, and research and innovation strengths.

In 1950, French foreign minister Robert Schuman spoke of safeguarding world peace when he proposed that Europe would be united not by grand declarations but “through concrete achievements which first create a de facto solidarity.” In the twenty-first century, research and innovation could be seen as such a project commune both inside the European Union and with other countries. But steps need to be taken to solidify that solidarity and concretely develop the notion of the European Union becoming a science superpower. 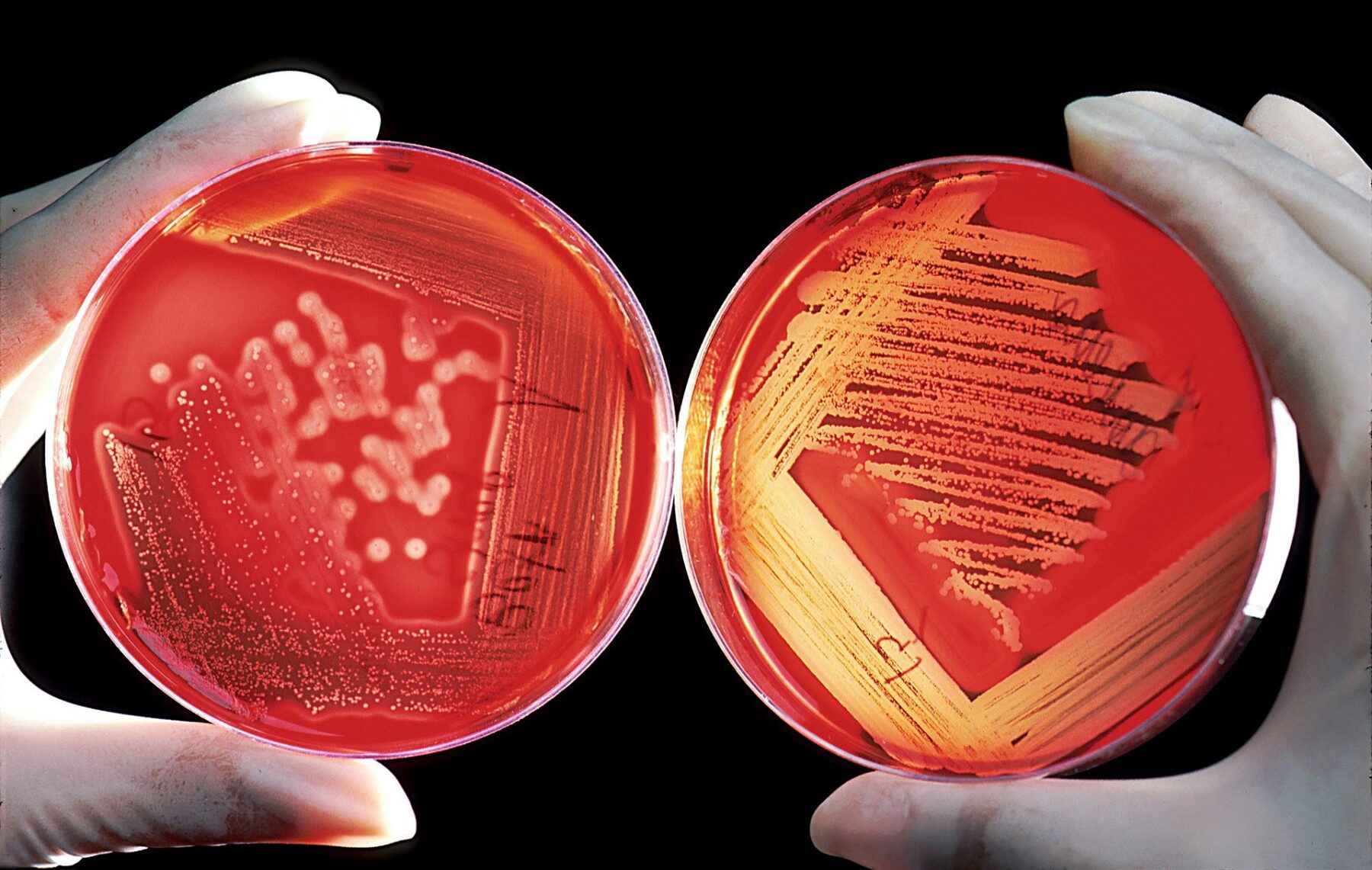 Amid rising political tensions, a group of Western and Chinese scientists interested in biogovernance began meeting regularly to better understand each other and their shared scientific future.