A Concerted and Equitable Approach to Managed Retreat

Climate-driven migration within the United States is not new. The westward migration of 2.5 million people, mostly low-income farm families, from the Dust Bowl region remains a powerful image of environmental and economic disaster during the Great Depression. Today, migration on a similar scale triggered by rising sea levels is on the horizon. Forty percent of the US population lives in coastal areas. Because sea levels are expected to rise by up to six feet by 2100, millions of people may be forced to relocate.

Economically and politically disenfranchised people and communities will suffer the brunt of this climate migration. US policies for addressing climate migration focus on disaster response efforts and to a lesser extent on managed retreat, but none provide much support for the most at-risk populations. For example, the Federal Emergency Management Agency (FEMA) currently operates voluntary flood property buyout programs, paying for 75% of the buyout costs with the remaining 25% covered by participating local governments. Typically, only affluent municipalities have the necessary financial resources to implement buyout programs. Buyouts are primarily going to mostly affluent neighborhoods, although they’re disproportionately needed in lower income neighborhoods.

The United States has failed to create a unified process to support displaced persons. Managed retreat is typically implemented as postdisaster relief. After each disaster declaration, relocation planning is treated as if the event was unprecedented. Although FEMA supports property buyouts, they’re a small percentage of FEMA’s disaster relief; many property owners instead receive funding for the next round of repairs. The cycle of repeated flooding-and-rebuilding events has led to billions of dollars in federal flood insurance payouts for postdisaster rebuilding that keeps people and communities in flood zones. Institutional amnesia between disasters prevents learning and contributes to slow relief and relocation processes.

We do not suggest that managed retreat is or should be the first choice for a community or an individual, nor do we want histories to be lost or identities to be erased. Nonetheless, we believe it is too late for many coastal communities to continue business as usual in the face of rising sea levels. We recommend expanding FEMA disaster relief programs that prioritize preemptive managed retreat. These should include relocation assistance for renters as well as incentives for leaving a home if previous disaster damage is greater than a stipulated percentage of the property’s predisaster market value.

For circumstances where managed retreat is appropriate, both federal funding and community buy-in are needed. The Blue Acres Program in New Jersey can serve as a model for an effective managed retreat policy. The program’s success relies on long-term community discussions and organizing. It led to the relocation of over 140 homeowners in the vulnerable Woodbridge Township, which had experienced three flooding events in three years, including Hurricane Sandy.

The most effective buyouts require neighborhood-wide buy-in for environmental flood mitigation practices. A permanent and equitable funding strategy can streamline the relocation process, offering localities the time and resources needed to secure funding and community cooperation. Relocation grants that alleviate financial burdens for renters who may be displaced during a buyout can help local governments secure the necessary momentum for managed retreat.

Since 2005, FEMA has spent $500 billion in flooding disaster relief. Only a small fraction went toward managed retreat. By allocating a greater share of FEMA’s disaster preparedness funding towards preemptive measures, the agency can appreciably reduce its long-term spending on responding to flooding disaster.

But these programs must work for all Americans. FEMA’s existing resilience programs are only available to local and tribal governments that have received an emergency declaration within seven years of the grant application start date. A community cannot prepare for future emergencies unless residents have already lived through a disaster. This policy is a disincentive to long-term planning. It should be modified to include funding for communities seeking preemptive strategies to reduce the risk of costly climate change disasters.

Recognizing that FEMA’s Hazard Mitigation Assistance grant program has been historically oversubscribed, the agency created a new Building Resilient Infrastructure and Communities (BRIC) program in August 2020 to complement the existing Flood Mitigation Assistance (FMA) program. FEMA received a record number of applications in 2020, 50% of which were for BRIC and FMA combined. FEMA granted the largest percentage of funds for flood control, which suggests that support for coastal communities is still relatively neglected.

These programs are an important component of preemptive action that could be used to relocate entire communities faced with the threat of rising sea levels—yet less than 1% of grant applications in 2020 were used by recipients for relocation. Furthermore, the competitive grant process inevitably leaves some communities unsupported and fails to fully address significant resource disparities. Existing FEMA programs work with communities for disaster response and preparedness through voluntary, faith-based, and community-based partnerships and Community Emergency Response Teams (CERTs).

Modifications to the existing programs are needed to promote equitable access to resources in support of managed retreat. First, FEMA emergency response and preparedness programs such as the CERTs should address short- and long-term climate change impacts in revised documentation and training rather than single emergency events. Second, to promote inclusivity, all CERTs should be required to include regular community training and outreach events for all stakeholders and the general public. Finally, all zip codes threatened by sea level rise and communities that could house future domestic climate migrants need to be represented by a CERT.

Climate migrants are likely to move to nearby areas to minimize resource and financial hardships. Destination communities will not only have to address existing issues such as struggling economies, but will also have to cope with new challenges, such as an expanding workforce, changing demographics, and increased use of water, power, and other resources. Population growth due to migration may inflict additional stress on social services, healthcare, and infrastructure.

To address these challenges, FEMA should work with other agencies in the Department of Homeland Security and the Department of Housing and Urban Development to provide grants to communities supporting resettled migrants. These funds could be appropriated to state governments for community disbursement, with stipulations to participate in annual program evaluations. The grants should then be distributed to communities to expand existing programs and systems that would help accommodate the new migrants. Funding programs designed to expand existing infrastructure could also fuel job creation to further benefit both existing and new members of a community. Portions of each grant could also be designated for programs that better prepare a community for challenges presented by climate change, including disaster preparedness, natural resource management, and urban development planning.

Employers in destination communities may prove reluctant to hire climate migrants. We recommend the initiation of a state-funded job skills training and certification program, partnering with local industry, to allow migrants to either increase their skills in their current industry or pick up new skills in a different industry. Destination communities will need support both to meet these stresses and to prevent resentment toward new residents.

Several existing programs supporting international refugees and communities, both domestically and internationally, offer a template for addressing internal climate migration challenges. TheLos Angeles County Department of Public Social Services automatically admits refugees into a program upon arrival to assist them in finding employment through job training and other supportive services, including childcare and mental healthcare. The Swedish Public Employment Service started the 100 Club Initiative, which financially supports companies that commit to offering employment to at least 100 new arrivals to Sweden. The Costa Rican Ministry of Labor and Social Security offers a cash incentive to companies for each refugee hired.

Managed retreat from coastlines and other vulnerable areas is a necessary component of adaptation to climate change. If we do not start developing policies now that both anticipate and facilitate managed retreat, climate migration will surely exacerbate the nation’s already unacceptable levels of economic and social inequality. 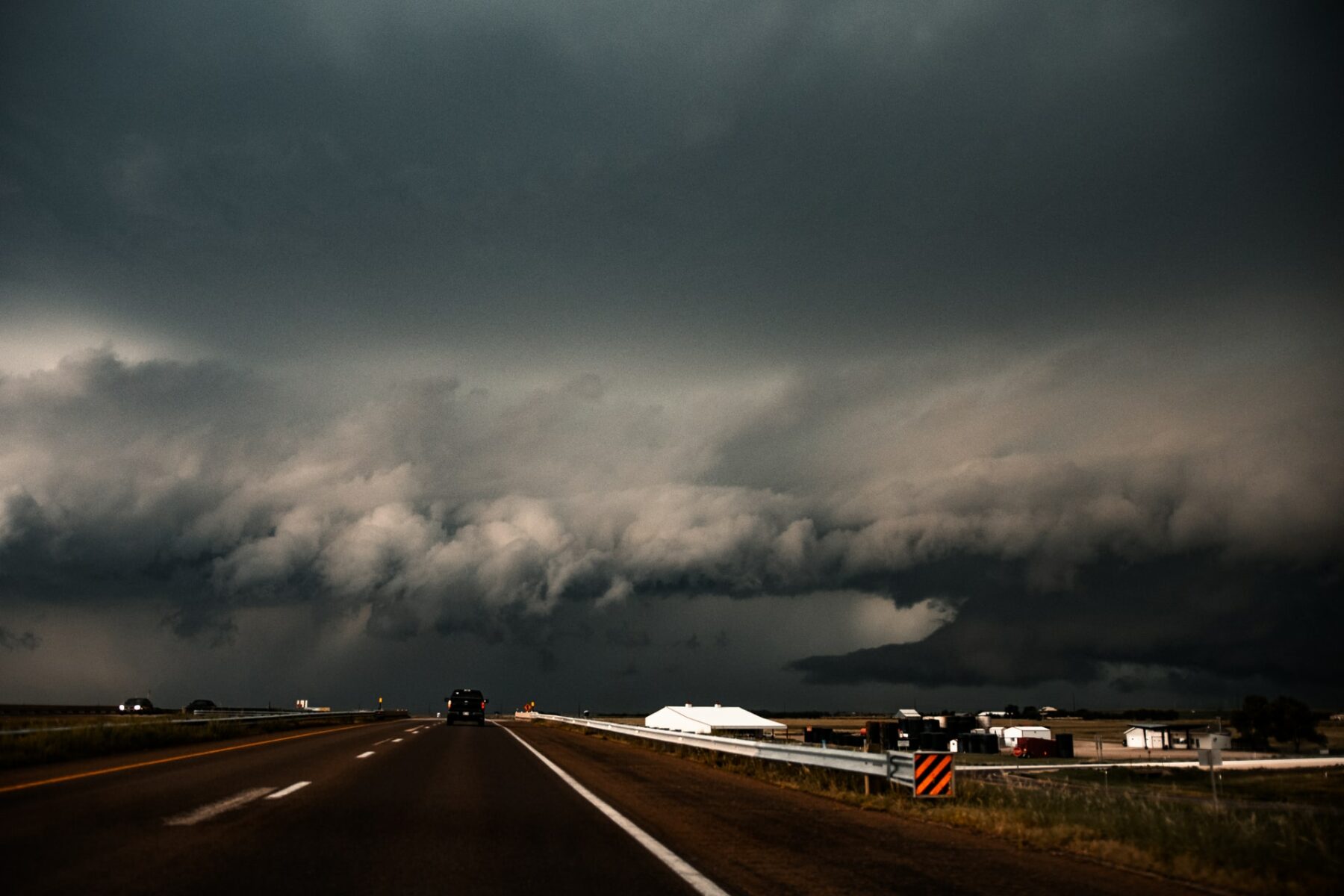