AI Invents—But Should It Get Patents, Too?

Three years ago, an IBM computer named Project Debater squared off against two internationally recognized debate champions for the first time. Although the humans narrowly prevailed (as judged by a human audience), the artificial intelligence program drew accolades. “I’m blown away,” 2016 Israeli debate laureate Noa Ovadia, who beat the AI in “delivery” but lost in the “knowledge enrichment” category, said. “The technology is so impressive in terms of how many really human cognitive capabilities it’s able to do simultaneously.”

This and other milestones bring society ever closer to a day when machines might be recognized as inventors. There are, of course, serious philosophical and practical complications in doing so, but some of those concerns are misguided and overstated. In any case, computer-generated inventions raise interesting and important questions. Courts, patent offices, and legislators worldwide should not ignore these issues because they bear significantly on how, whether, and when advanced machines serve as a boon to human ingenuity. The time may be nigh when we will need to update relevant statutes, regulations, and guidelines to encourage machines—or, rather, their designers—to invent.

The first objection to the idea of machines inventing is that they neither can nor do. But unbeknownst to many, machines have actually been inventing for decades.

In the early 1990s, engineer, computer scientist, and tinkerer Stephen Thaler developed his Creativity Machine, a computer that integrated two neural networks: one for generating novel ideas and a second for critiquing those ideas. The Creativity Machine soon generated its first invention, for which Thaler filed a patent application entitled “Neural network based prototyping system and method.” While Thaler believed the Creativity Machine itself deserved credit for the invention, on advice of counsel, he named himself as the inventor to avoid problems with the patent examiner.

Seven years later, John Koza, another polymathic inventor, was awarded a patent for an innovation that his Invention Machine had generated: an improved controller for use in electronic applications. Since then, various generations of IBM’s machine learning system, which the company has named Watson, have produced advances in drug discovery, cancer treatment protocols, financial planning, and even food recipes. In 2019, researchers at Australia’s Flinders University created an AI program called SAM (Search Algorithm for Ligands), which in turn developed a flu vaccine used in human clinical trials. And in 2019, the German conglomerate Siemens reportedly had to forego patent protection on automotive and other AI-created inventions because of current patent law.

And there’s the rub: under almost every legal regime, only “natural human beings,” in the phrasing of the US Patent and Trademark Office, can be recognized as inventors. Last year, Thaler sought to challenge this status quo openly, having developed a successor to the Creativity Machine called the Device for the Autonomous Bootstrapping of Unified Sentience (DABUS), which he describes as “a swarm of many disconnected neural nets, each containing interrelated memories” that “are constantly combining and detaching due to carefully controlled chaos introduced within and between them.” Thaler teamed up with the lawyer, physician, and academic Ryan Abbott and other legal advocates to file patent applications on DABUS’s behalf in the United States, the United Kingdom, Europe, Israel, Taiwan, Vietnam, and elsewhere—claiming inventions as diverse as an emergency warning light and a food container graspable by robots.

Thus far, not a single DABUS application has been granted. In December 2019, the United Kingdom Intellectual Property Office (UKIPO) rejected Thaler’s efforts, concluding that “since DABUS is a machine and not a natural person, I find that it cannot be regarded as an inventor.” The European Union also rejected DABUS’s applications, ruling that European patent law “does not provide for non-persons, i.e. neither natural nor legal persons, as applicant, inventor or in any other role in the patent grant proceedings.” China recently issued draft patent examination guidelines specifically forbidding awarding inventorship to AI.

And in October 2020, the US Patent and Trademark Office (USPTO) released a report finding that the majority of public comments, solicited from stakeholders, “suggested that current AI could neither invent nor author without human intervention.” Outgoing USPTO director Andrei Iancu told me that “generally, the public … does not think any changes need to be made now at the higher, systemic level that would be specific for AI.”

But this position ignores the essential goal of the patent system, which is to stimulate emerging fields of innovation. By recognizing machines as inventors, patents could harness and encourage machine-made solutions to human problems, as well as wholly new ways of inventing.

First, awarding patent protection to computer-generated breakthroughs will, quite simply, create more breakthroughs. The importance of recognizing inventive contributors by naming them in patents has animated policy for centuries. As the US court that handles patent appeals observed in a 2001 opinion, “being considered an inventor of important subject matter is a mark of success in one’s field, comparable to being an author of an important scientific paper.” Indeed, many companies reward inventive initiative with employee bonuses given on a per-issued-patent basis.

“Allowing patents for AI-generated inventions,” Ryan Abbott argues in The Reasonable Robot, his new study of various legal aspects of artificial intelligence, “would make inventive AI more valuable and incentivize AI development, which would translate to rewards for effort upstream from the stage of invention and ultimately result in more innovation.” When creative machines receive recognition of and protection over their inventions, their creators will be motivated to create more and better AIs—which will in turn develop new and better ideas to improve human well-being.

Skeptics, however, assert that even the most advanced machines cannot yet conceive of genuinely new ideas, which requires mental activity that is—at least for now—unique to humans. “We are not at the moment of singularity,” Iancu told me, “where machines can create themselves and direct themselves in a complete and autonomous fashion.”

But researchers are getting close. Thaler insists that DABUS performs the functional equivalent of mental conception. The AI’s combination of apparent creativity and ability to critique its designs executes the task that humans define as brainstorming, Thaler argues—namely, creating novel ideas and stress-testing them against practical and historical constraints. Reuven Mouallem, a patent practitioner who has filed applications on behalf of DABUS in the United States and Israel, told me that the machine’s parallel critiquing function “lends DABUS a quality most akin to sentience, a chaining of conceptual hives resembling the formation of a series of memories.” And in any case, Abbott contends that human-like sentience isn’t necessary for patenting, only that “an AI generates patentable output without anyone meeting inventorship criteria.”

Other critics contend that it’s absurd to try to incent machines to invent, as computers will not somehow become more productive if their names are added to patent registries. “An AI machine,” UKIPO deputy director Huw Jones wrote in his December 2019 ruling against DABUS, “is unlikely to be motivated to innovate by the prospect of obtaining patent protection.”

However, while machines cannot themselves appreciate being appreciated, their owners certainly can. Recognizing machines for their inventions will inspire their human owners and designers to innovate further, building more advanced or productive AI systems. Moreover, companies and universities can shower financial blandishments or academic acclaim upon the developers of AIs whose inventive faculties—as measured by their AIs’ patents—prove especially fecund.

Conversely, not recognizing computer-generated inventions with patents will either allow those inventions to fall into the public domain, as was reportedly the case with Siemens, or force the AI owners to protect the inventions as trade secrets. The former is undesirable because without the limited monopoly conferred by the patent right, innovators will be less motivated to invent. Fewer inventions will see the light of day, thereby depriving the public. The latter is also problematic: trade secret protection generally costs more and is potentially less secure than patent protection because it requires inventors to invest significant resources in safeguarding their “secret sauce.” Meanwhile, the inventions remain highly vulnerable to reverse engineering by competitors. Relying on trade secrets undermines the patent system’s goal of publicly disclosing inventive details in exchange for exclusive use; trade secrets deliberately shield scientific knowledge from the public, while patents foster information sharing.

Finally, other opponents of granting AIs patent protections argue that crediting AIs with inventorship would inhibit human invention. After all, they argue, if machines receive recognition for their inventions, how could humans possibly hope to keep up? For instance, computers may soon have sequenced every possible existing antibody, as well as the antibodies’ binding qualities; such sequencing breakthroughs initially involved significant human ingenuity and creativity, but machines are slowly transforming the endeavor into an iterative task. With nothing novel left for people to develop in this space, human creativity would appear to be preempted.

Yet this objection, as with many arguments against automation, obscures the fact that technological development has often benefitted consumers and workers. (For instance, Porsche’s deployment of autonomous transport systems on its assembly line for the company’s all-electric Taycan vehicle has, according to the company, improved employee efficiency and safety.) Allowing AIs to invent will reorient human inventive activity toward more fruitful areas of discovery.

In other words, if and when machines map all available antibodies, we as a society should be ecstatic. The total amount of scientific knowledge will have expanded dramatically and—more importantly—the possibilities for using that knowledge to serve the public good will have greatly increased. Human inventors in the field can shift their efforts away from the computational endeavor of mapping antibodies toward discovering new applications for them, applying creativity that (currently) lies beyond the capabilities of the machines that performed the sequencing. In manufacturing terms, humans would be moving up the value chain, applying their faculties to higher ends. As Abbott puts it, “unless, and until, AI starts broadly outperforming human researchers, there will be plenty of room for people to invent—all with net gains to innovation.”

Computers are still years away from overtaking humans in developing new and useful ideas, which means there’s no time like the present to begin assessing how humans and machines will innovate together. Exploring what we could gain by authorizing AI inventions would be a good place to start. 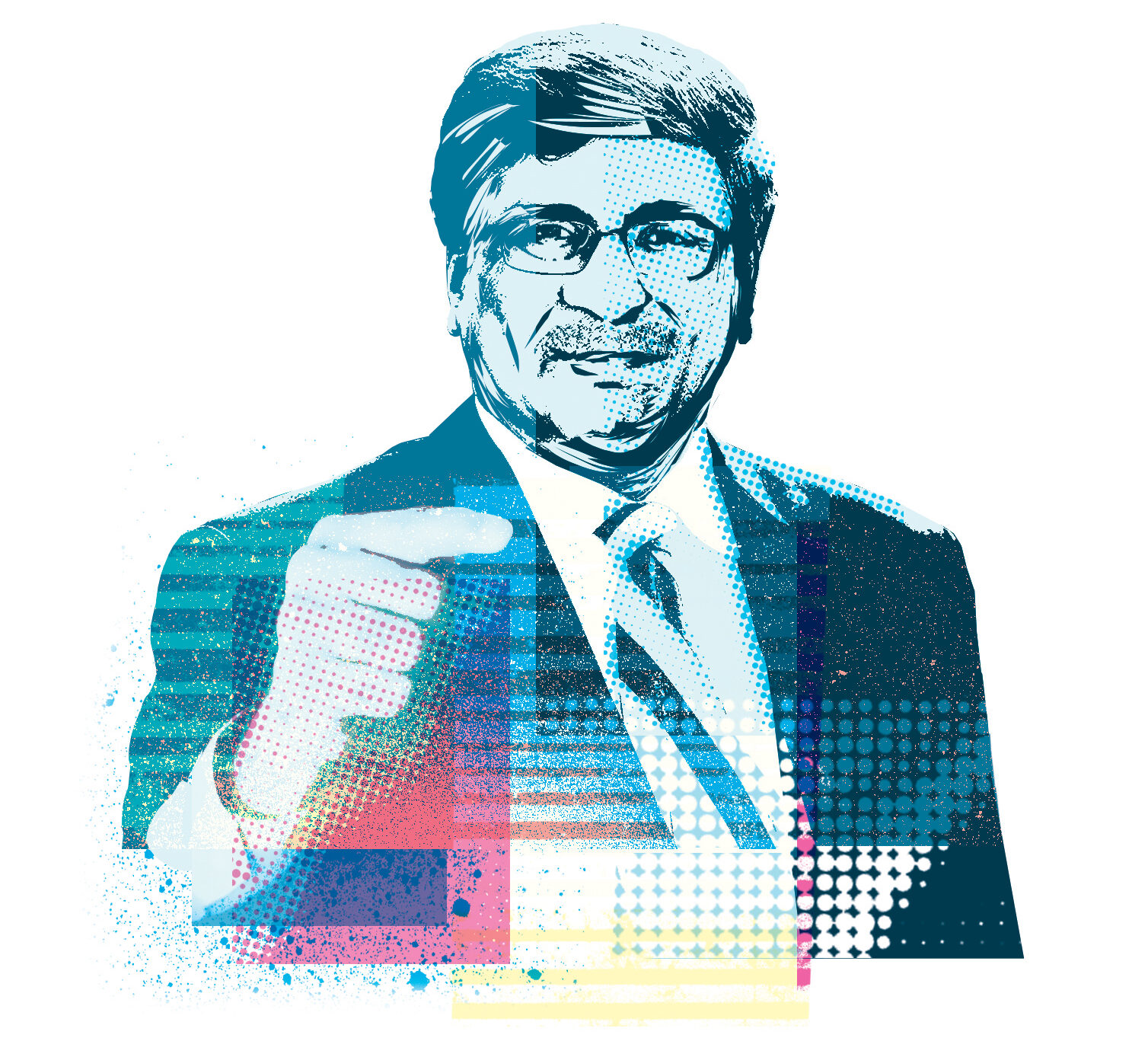 The National Science Foundation provides the backbone to the US science and innovation enterprise. Former NSF leaders weigh in on the challenges facing the new director, Sethuraman “Panch” Panchanathan. 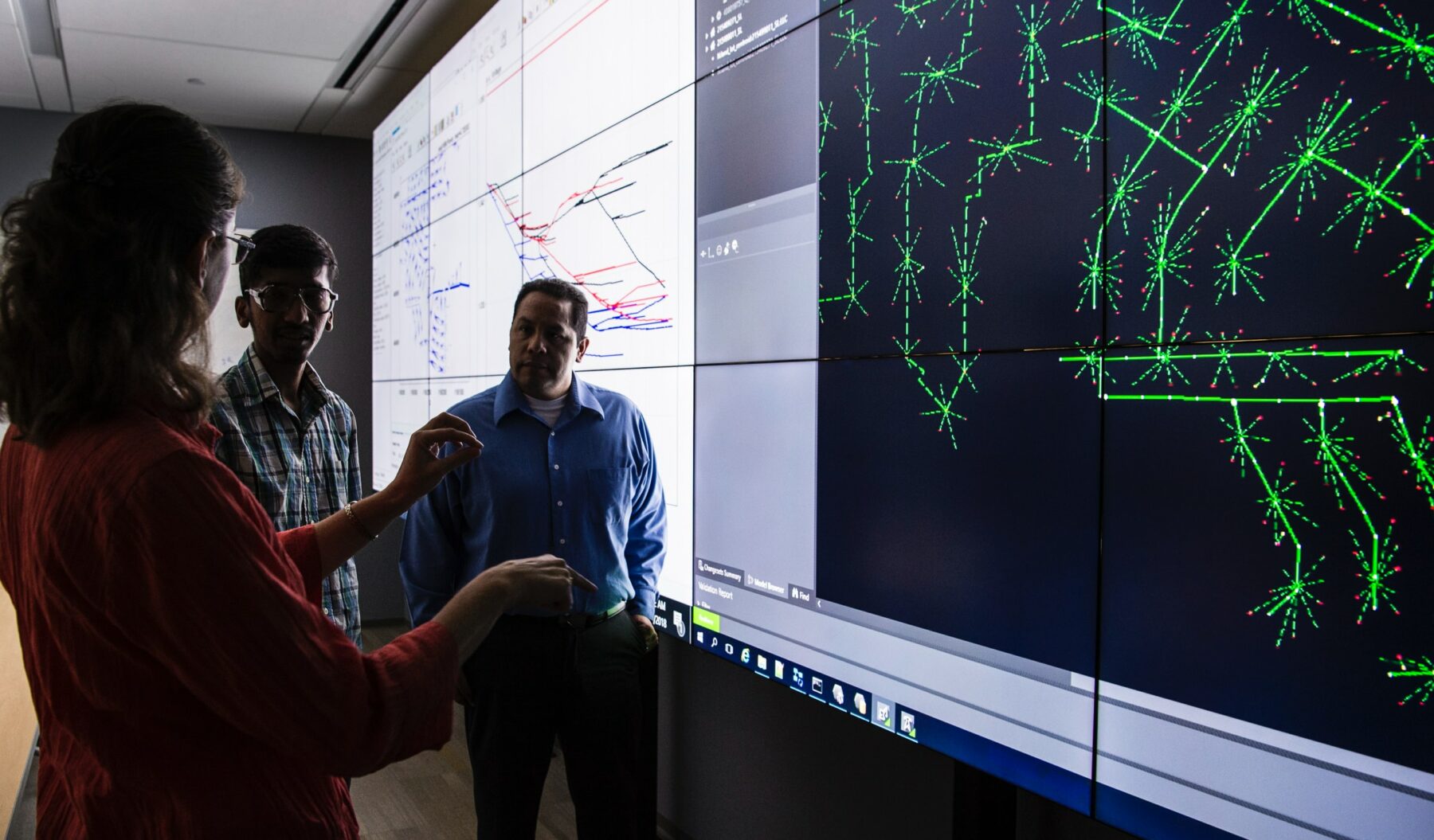 Win-win technology choices do exist. With the right incentives, it is possible to make strategic investments in technology that achieve multiple national objectives.