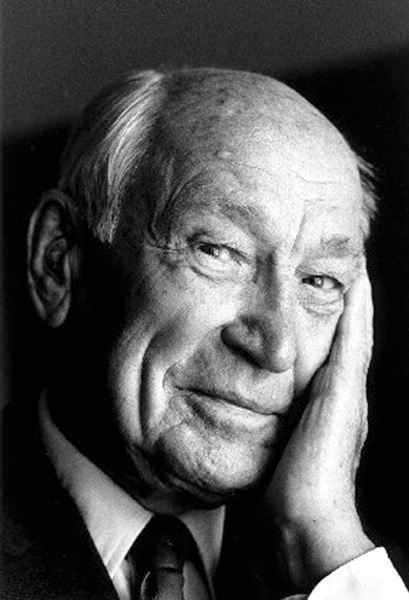 What began as an invention to measure the acidity of lemons ended up producing a revolution in scientific instruments–and a fortune for inventor and philanthropist Arnold O. Beckman (1900-2004). The invention in question is the glass-electrode pH meter, which allowed chemists to make quick and accurate tests with a compact instrument they could purchase for themselves. Following the 1934 invention of the pH meter, Beckman founded the company that would become Beckman Instruments, Inc., and would provide the basis for Beckman’s many philanthropic activities. The Arnold and Mabel Beckman Center of the National Academies of Sciences and Engineering in Irvine, California, is just one of the numerous Beckman centers and institutes that have benefited science and scientists. Beckman, elected to membership in the National Academy of Engineering in 1967, was awarded the NAS Public Welfare Medal in 1999.