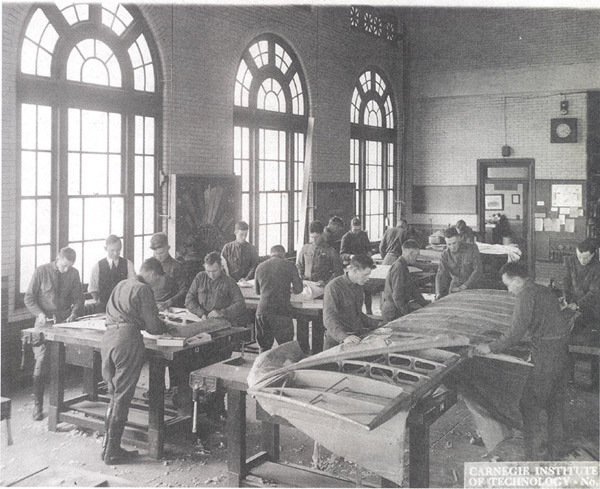 The Birth of Military Aviation Research

When it entered World War I in April 1917, the United States had an air service of negligible size. In June 1917, the Signal Corps, which at the time controlled the Army air arm, won an appropriation of $640 million to be put toward aviation. Part of the money went to the establishment of a Science and Research Division, which was administered through the National Research Council Physics Committee. In July 1918, the Science and Research Division, now transferred to the newly created Bureau of Aircraft Production, obtained use of the Carnegie Institute of Technology’s shops for the purpose of putting the results of its research into production. In this picture, Army personnel are shown fabricating aircraft parts in one of the shops.