If scientists want to overcome people’s tendency to reject expert advice that counters their existing beliefs, they must learn to actively “frame” information to make it more personally relevant to different audiences, I wrote in a 2007 commentary in Science magazine coauthored with the journalist Chris Mooney.

Most of our focus in the article was on climate change. Studies at the time had yet to actually test the proposition, but social science research offered general support for the hypothesis that escalating political divisions could be overcome by recasting climate change in terms that reached beyond people already concerned about the environment, diversifying a conversation that had until then been dominated by predictions of looming catastrophe and disaster.

“We’re not saying that scientists and their allies should ‘spin’ information; doing that would only harm their credibility,” we wrote in a follow-up op-ed in the Washington Post. “But discussing issues in new ways and with new messengers can be accomplished without distorting the underlying science … making complicated issues personally meaningful will activate public support much more effectively than blinding people with science.”

Yet looking back on dozens of studies published over the past decade that have tested the effectiveness of different strategic messages to reframe climate change, I now believe it was a mistake to advocate that social scientists join with the scientific community to fine-tune science communication in the service of advancing hoped-for policy goals.

I was once an advocate for framing research and social science expertise generally to benefit science communication. Now I am a skeptic.

In the field of communication research, “frames” are defined as interpretative story lines that convey what is at stake in a societal debate and why the issue matters. As organizing devices for speeches, advertisements, and journalistic stories, frames help provide common points of reference and meaning between scientists, journalists, policy-makers, and the public.

The earliest formal academic work on framing and communication traces back four decades to the anthropologist Erving Goffman. In his ethnographic research examining how individuals make sense of their social context and interpersonal interactions, he described frames as “schemata of interpretation” that enable individuals to “locate, perceive, identify, and label” issues, events, and topics.

Frames, according to Goffman, are like triggers that help individuals negotiate meaning through the lens of existing cultural beliefs and worldviews.

In the 1970s and 1980s, the cognitive psychologists Amos Tversky and Daniel Kahneman applied their own conceptualization of framing in experimental designs to understand how individuals make decisions under conditions of uncertainty. They discovered that the different ways in which a message is presented or framed—apart from the content in the message itself—can result in very different responses, depending on the terminology used to describe the problem or the visual context provided in the message.

My own thinking on the subject was influenced most by the sociologist William Gamson. In research published during the 1980s, he conceptualized frames as interpretative story lines that communicate what is at stake in a complex policy debate and why the issue matters. In making sense of political issues, individuals use as resources the frames available in media coverage and political campaigns and integrate them with the frames forged by personal experience or conversations with others.

Frames might help set the terms of the debate among citizens, but rarely, if ever, do they exclusively determine public opinion. Instead, as part of a “frame contest,” one interpretative package might gain influence because it resonates with popular culture, fits with media routines or practices, or is heavily sponsored by elites. From this perspective, framing is not only a cognitive process but also a social and political process.

Out of the lab and into the real world

To test the ability of new frames of reference to bridge perceptions on climate change, I joined with several colleagues in 2010 and 2011 to conduct a series of studies examining how Americans responded to information about climate change when the issue was redefined as a public health problem.

Our initial findings were encouraging: talking about climate change in terms of public health appeared to generate greater feelings of hope than did defining climate change as either an environmental or national security threat. We believed that fostering a sense of hope, specifically a belief that actions to combat climate change will be successful, was likely to be essential to promoting greater public involvement and participation on the issue.

Among people who tended to doubt or dismiss climate change as a problem, the public health focus also helped diffuse anger in reaction to information about the issue, creating the opportunity for opinion change.

Scholars built on our findings to examine other methods for effectively reframing climate change in terms of health. In one study by Cornell University researchers involving subjects recruited from among passengers on a Seattle-area ferry boat, framing climate change-related ocean impacts in terms of their risks to human health (rather than to ecosystems) appeared to depoliticize perceptions. Right-leaning people, when information emphasized the human health risks, were significantly more likely to support various proposed regulations of the fossil fuel industry.

Yet a main weakness in our research and most subsequent framing effect studies, argued the political scientist James Druckman, is that that they do not evaluate the effects of the tested messages in the context of competing arguments.

In real life, most people hear about climate change by way of national news outlets, local TV news, conversations, social media, and political advertisements. Across these contexts, people are likely to encounter arguments by those opposed to policy action who emphasize scientific uncertainty or the economic costs of action.

Thus, our studies likely overestimated framing effects on attitude change, since they did not correspond to how most members of the public encounter information about climate change in the real world. Indeed, two studies examining the effects of novel frames about climate change in the presence of competing messages have found mixed results. A third study found no influence on attitudes when reframing action on climate change in terms of benefits to health or the economy, even in the absence of competing frames. In light of their findings, the authors recommended that communication efforts remain focused on emphasizing the environmental risks of inaction.

The inconclusive state of research on framing and climate change is by no means unique. In the field of health communication, meta-analyses published over the past decade evaluating dozens of studies testing the effects of Tversky and Kahneman’s gain/loss framing observed either no effects or only weak influences on health prevention behaviors such as using sun screen, getting vaccinated, exercising, quitting smoking, or undergoing cancer screening.

In 2017, I served as a member of a National Academies committee assessing studies that had come to be known as the “science of science communication.” In the section of the report reviewing the accumulated evidence on the ability of strategic framing to influence opinions and behaviors, we concluded that the field was hindered by “conceptual murkiness” and a lack of consistently designed experimental methods. This had resulted, we found, in a confusing mix of promising and contradictory findings.

After years of research, clear answers on how to mobilize the political will needed to meaningfully address climate change remain elusive. How, then, can scientists communicate their work in ways that resonate with the public and other stakeholders?

Scientists can best use their authoritative communication capital not as strategic persuaders but as partners in dialogue with the public and decision-makers. A first goal in any conversation with a neighbor, community member, or elected official should be simply to recognize and affirm shared identities, ideals, beliefs, and goals.

With this established, further dialogue can focus on working together toward common goals on politically contentious issues. Framing can play a key role in these cases, establishing the context through which a more thoughtful conversation can take place, but there are no magic messages capable of overcoming strong beliefs (however poorly informed) or converting someone to your side.

Common goals on an issue may not exist. But investing in more thoughtful conversations—and in more forums to engage in those conversations—can at least help reestablish the norms of civility that may be eroding, enabling scientists and those with whom they disagree to come to respect the nature and reasons for their differences. 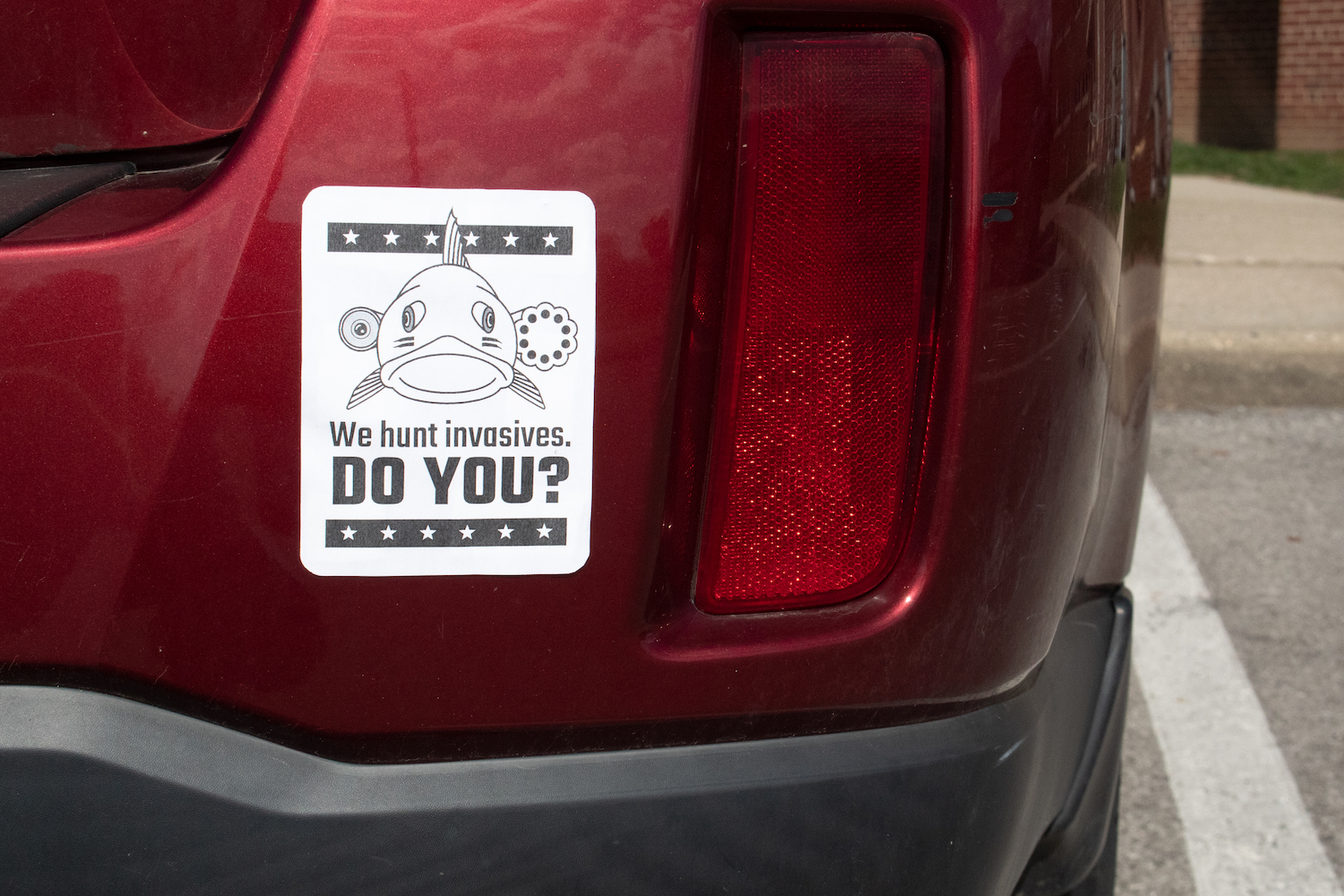