How to Do Nothing: Resisting the Attention Economy

Earlier this year, everyone seemed to be reading How to Do Nothing by Jenny Odell. By “everyone” I mean the hosts of a couple podcasts that I listen to and a woman on my bus to work. I don’t know whether people are still reading the book. No one seems to be thinking about much besides the pandemic, and few people take the bus anymore. The concerns of the pre-pandemic world, many of which Odell writes about thoughtfully in her book, seem very distant. Not unimportant, exactly, but elbowed into the background by this new and frightening disease.

The title of Odell’s book is, as she notes, not entirely accurate; it’s not a primer on inactivity, as absurdly apropos as that might be for the present moment. How to Do Nothing’s true subject is the subtitle: Resisting the Attention Economy. The book is about how to defy the machinations of powerful digital platforms that seek to capture the scarce resource of a person’s attention long enough to sell something. The book is also a manifesto of sorts against the prevailing capitalist priorities that underlie the attention economy: efficiency (which demands a “frictionless” experience, so coveted by web designers, in order to maximize time spent on commercial activities); productivity (in which people need to be creating “value”—whatever that term means—at all times); and progress (the catchall justification for prioritizing economic growth and technological advancement over other values).

For Odell, withholding attention from the distractions of social media feeds requires, sensibly enough, paying attention to things of a qualitatively different sort. It requires treating other entities—people, of course, but also the natural world—as subjects with inherent value. In support of this idea she has a nice section explicating the philosopher Martin Buber’s influential book I and Thou. According to Buber, a person’s experience and identity are always relational; the most revelatory encounters are with entities—including even a tree, in Buber’s famous example—to which full equality is granted in terms of subjectivity and value. Anything less than this semimystical connection is an instrumental relationship, merely a means to an end, entailing the possibility of abuse and appropriation. Attending to other entities as singular presences, for Odell, will lead to the maintenance of a more livable, more equitable world through individual and collective action.

What stance should society take toward the attention economy? Odell admiringly references Bartleby the Scrivener, who in Melville’s famous short story responds to requests from his employer with a simple “I would prefer not to.” She recognizes that not everyone has the capacity or privilege to simply opt out. But for those with what she calls a “margin” of ability to take on “environmental politics, labor rights, women’s rights, indigenous rights, anti-racism initiatives, measures for parks and open spaces, and habitat restoration”—quite a list for a book ostensibly about how to do nothing!—Odell argues that they must.

As a call for a more thoughtful approach to where and how people focus their attention in a frenzied, profoundly unequal, and environmentally damaged world, How to Do Nothing is successful. Odell’s descriptions of how works of art, especially performance art, can open up space to reevaluate what we pay attention to—and, like Bartleby’s refusal to participate in commercial activity, offer the opportunity for a new relationship with the world—are compelling and worthwhile.

At the same time, I find the focus of her book to be mistaken: large tech platforms and their demands on people’s attention are symptoms, not the cause, of the problems Odell rightfully decries. The attention economy is not a stand-in for America’s broader social and economic systems. The patently ridiculous Silicon Valley ecosystem and its noxious politics of extreme libertarianism are worthy targets of opprobrium, sure. But they’re embedded within a national culture of competitive individualism and an economy of unregulated finance capitalism. By not engaging with those larger structures and articulating the desired changes with any specificity, Odell simply speaks to an imagined audience of coastal creative types who share her politics and worldview (“obviously anticapitalist,” she remarks, without elaboration) and tells them … well, not much of anything they probably don’t already believe.

This idea of an audience—Who is this book for?—continually ran through my head as I read sentences such as “It is within a blasted landscape of neoliberal determinism that this book seeks hidden springs of ambiguity and inefficiency.” I’m all in favor of the latter; if Odell is interested in finding a spring of inefficiency, I’d be happy to detail my struggle through the first draft of this review. It’s the “blasted landscape of neoliberal determinism” that I don’t recognize. If How to Do Nothing is, as Odell somewhat grandly proclaims, “a four-course meal in the age of Soylent,” the presumption is that a great many people are drinking a gross liquid meal-replacement invented by a tech bro who wanted to avoid having to look away from his computer screen in order to feed himself.

This presumption is obviously untrue and raises the question of who, exactly, is suffering through this “blasted landscape,” besides that poor Soylent inventor. It doesn’t seem to be Odell herself, who describes spending significant amounts of time in remote cabins, bird-watching, sitting in city parks, or making art. As an artist, she “makes digital art about the physical world,” including pieces such as The Bureau of Suspended Objects, in which she records the histories of hundreds of discarded objects; it sounds both sort of interesting and a bit twee—not unlike this book.

Many people, myself included, feel inundated with a constant influx of messages and notifications and updates, often to the point of being overwhelmed. But everyone I know who feels this way has a method of resistance akin to those described by Odell, even if it’s not spending time noticing birds or learning the names of local flora. In my immediate circle, I can identify painting, lifting weights, candle-making, puzzle-solving, quilting, camping, and cooking as ways of refocusing attention away from social media feeds and email inboxes and toward meaningful individual and collective activity. This is to say nothing of childrearing, which is its own instance of doing exactly what Odell prescribes in terms of recognizing the malleability of one’s identity, attending closely to the subjectivity of another, and prioritizing maintenance over some conception of unending progress.

Social media platforms have introduced or exacerbated social, economic, maybe even psychological harms. But Odell’s argument, I think, suffers from the same problem as claims about misinformation and disinformation on social media influencing people’s beliefs and behaviors. It’s always someone else who’s been duped into voting for the wrong candidate or circulating a toxic meme. When experts discuss “improving media literacy” in order to reduce the spread of false information, it’s always some other group that lacks digital media savvy: old people, young people, irresponsible people, gullible people.

Odell doesn’t actually picture her readers as Twitter-addled zombies slurping down Soylent; on the contrary, she assumes they’re much like herself—progressive, egalitarian, activist, socially just. That means she doesn’t feel the need to specify the social or economic changes she would like to see in order to redress the problems she lists as “capitalism, colonialist thinking, loneliness, and an abusive stance toward the environment.” She assumes that people who successfully resist the attention economy will naturally resolve those challenges in a way that she and her audience would find satisfactory. She makes the mistake of assuming that the problem is ignorance on the part of some other group, rather than the result of a plurality of values that have to be adjudicated through messy and unsatisfying political processes. I’ll bet there are plenty of avid bird-watchers who voted for Donald Trump.

And now the COVID-19 pandemic is casting a different light on Odell’s critique of the attention economy and its social effects, even for those who find it convincing. People are using social media to keep in touch with loved ones, to share information about the pandemic, to feel more connected at a time when being in the physical presence of others has become dangerous. They’re also organizing collective action: 600,000 Israelis recently participated in a “virtual protest” streamed on Facebook Live to express anger over maneuvers by the prime minister’s party to block political rivals.

People in my Washington, DC, neighborhood are using social media to organize street-wide singalongs from their front stoops. The now-closed independent bookshops that I follow on Instagram are chronicling a huge and instant uptick in online orders from customers who want to support them. And people in the District are disengaging from the attention economy long enough to appreciate nature, namely the spring weather and cherry blossoms—to the point where authorities have shut down streets to avoid having too many people in close proximity to one another.

The post-pandemic world will look very different from the old one. Catastrophe offers an interregnum from the normal order, an opening that reveals new and perhaps better ways of organizing society. Some technology companies, such as Amazon, could emerge from this more powerful than ever; other platforms that involve a lot of person-to-person interaction, such as Uber and Airbnb, may be unable to rebuild. Social media companies may find their users less obsessed with personal branding and likes, and more interested in connecting with fellow human beings. The public may reject the exploitative nature of the so-called sharing economy in favor of vastly improved worker protections or social safety nets. Enacting a vision of positive change made possible by this crisis demands a coherent policy agenda based on explicit values, not hand-wavy assumptions of political consensus. Without this vision, many of the problems Odell identifies will have stayed the same or gotten worse, since How to Do Nothing doesn’t articulate a viable politics for addressing them.

“I hear new news every day,” the great English scholar Robert Burton observed in the early seventeenth century. “A vast confusion of vows, wishes, actions, edicts, petitions, lawsuits, pleas, laws, proclamations, complaints, grievances, are daily brought to our ears. New books every day, pamphlets, currantoes, stories, whole catalogues of volumes of all sorts, new paradoxes, opinions, schisms, heresies, controversies in philosophy, religion, etc.” These distractions, Burton argued, led to a melancholy populace and disordered society. But he was far less credulous than Odell that simply resisting his version of an attention economy could change things for the better: “Being most part so irreconcilable as we are, perverse, proud, insolent, facetious, and malicious … how should it otherwise be?” 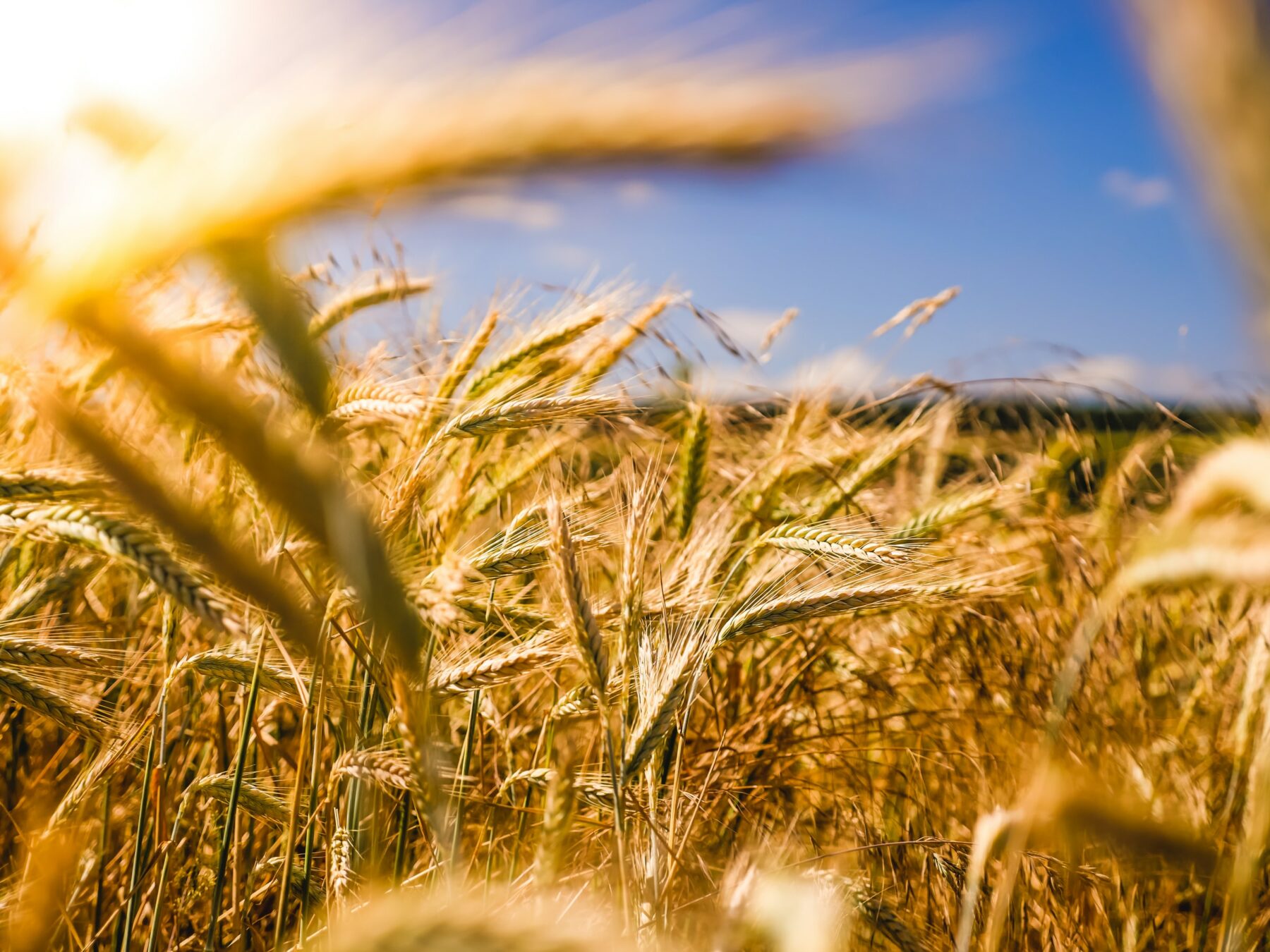