The decade of the 1990s has seen considerable change in the career patterns for new doctorates in science and engineering. It was once common for new doctorates to move directly from their graduate studies into tenure track appointments in academic institutions. Now it is more likely that they will find employment in other sectors or have nonfaculty research positions. This change has created a great deal of uncertainty in career plans and may be the reason for recent decreases in the number of doctorates awarded in many science and engineering fields.

Another change is that the scientific and engineering workforce is growing more diverse in gender, race, and ethnicity. Throughout the 1970s and 1980s, men dominated the science and engineering workplace, but substantial increases in the number of female doctorates in the 1990s has changed the proportions. Underrepresented minorities have also increased their participation but not to the same extent as have female scientists and engineers. 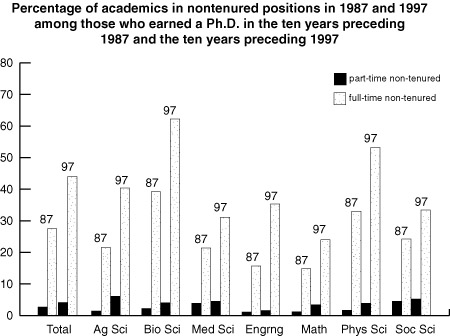 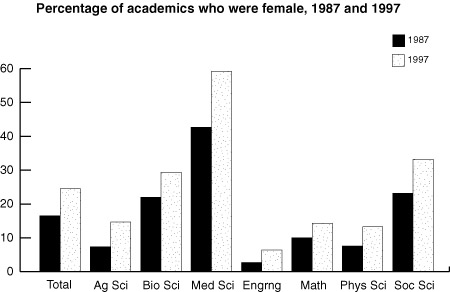 A rapidly growing role for women 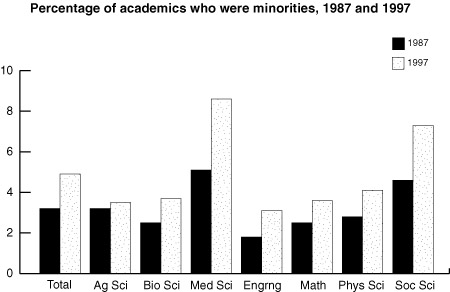 Minority participation also expanded during the period but at a slower rate than for women. African Americans, hispanics and native Americans comprise about 15 percent of the working population but only about 5 percent of the scientists and engineers working in universities. The data also shows substantial increases in the proportion of underrepresented minorities, but they are still not represented at a rate commensurate with their share of the population. 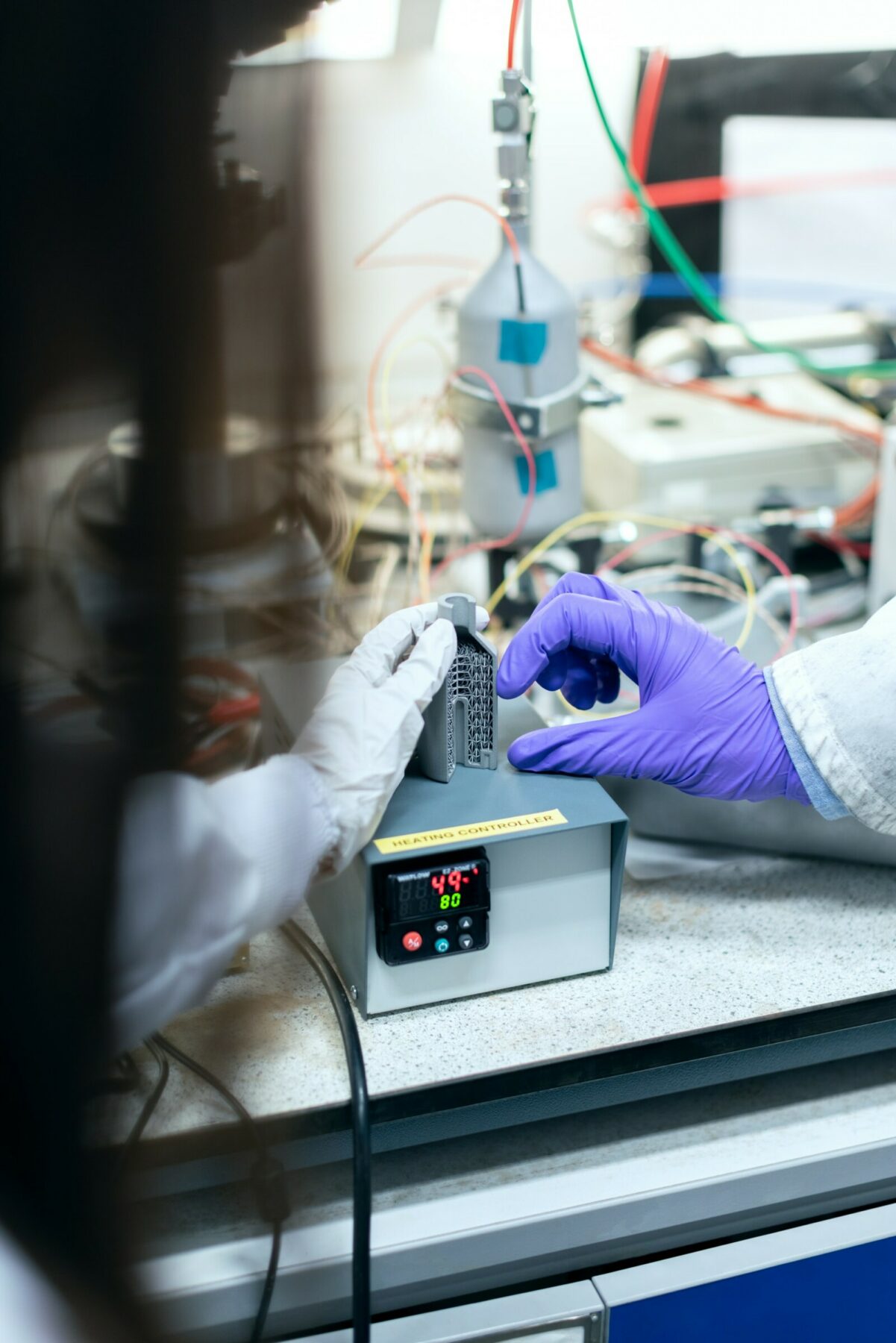