Cities are home to nearly half of the world’s population, and over the next 30 years most of the 2-billion-person increase in global population is expected to occur in cities and towns in poor countries. In many parts of the world, this represents a radical departure from what occurred during the past 25 years, when the pattern of growth was much more evenly divided between urban and rural areas.

The speed and scale of these changes present many challenges. For many observers the immediate concern is the massive expected increase in the numbers of urban poor. In many countries in the developing world, at least one in four urban residents is already estimated to be living in absolute poverty, and the manifestations of urban poverty are clearly visible in all major cities: overcrowded neighborhoods, high rates of crime, inadequate housing, and insufficient access to clean water, adequate sanitation, and other social services.

In thinking about an urban future, it is perhaps only natural to imagine a world in which everyone is living in mega-cities the size of Sao Paulo, Mexico City, Beijing, or Lagos. But that is not correct. In fact, the bulk of urban population growth for the foreseeable future will take place in far smaller cities and towns, a point that receives virtually no media recognition. This is particularly significant because smaller cities–particularly those under 100,000 in population–are generally extremely disadvantaged.

Effective governance will be required to manage the urban transformation. If current levels of service delivery are any indication, huge capital investments are likely to be required in small cities and towns in the developing world over the next 30 years.

A comprehensive study of these issues can be found in the National Academies’ recent report Cities Transformed: Demographic Change and Its Implications in the Developing World, which is available at www.nap.edu.

According to the latest United Nations projections, virtually all of the world’s population growth over the next 30 years will occur in urban areas. 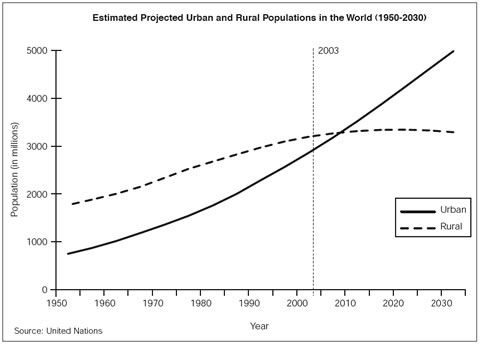 Undoubtedly the most profound difference between the experience of the first half of the 20th century and today is that in the first half of the century urbanization was predominantly confined to countries that enjoyed the highest levels of per capita income. In the more recent past (and indeed in the foreseeable future), the most visible changes have occurred and will continue to occur in middle- and low-income countries. 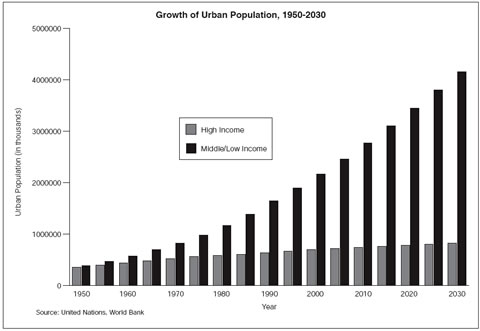 Large cities will play a significant role in absorbing future anticipated growth. But despite popular images to the contrary, mega-cities will not dominate. For the foreseeable future the majority of urban residents will continue to reside in much smaller urban settlements. 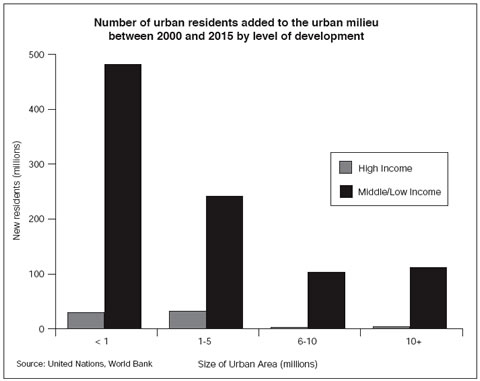 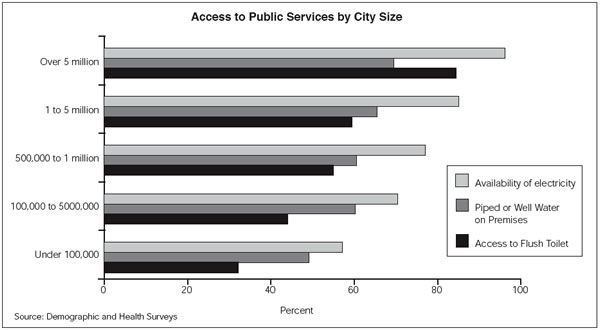 There are a number of reasons to believe that economic conditions in small cities are often worse than those in large cities. Systematic evidence on this point is hard to find. But some suggestive evidence is available for Cote d’Ivoire. Between 1985-1998, the proportion of residents estimated to be living on less than $2 (U.S.) per day was consistently lower in Abidjan than in the other smaller cities. In the early 1990s, macroeconomic deterioration drove up the poverty rates in both Abidjan and in the secondary cities, but it never erased Abidjan’s advantage. 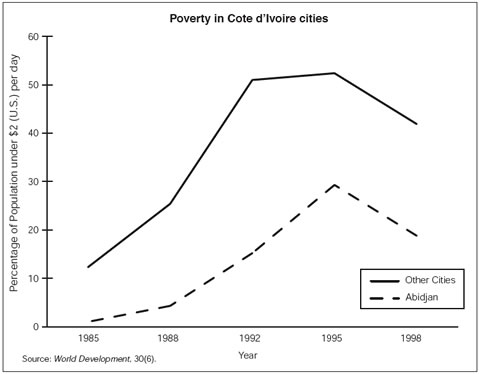