Americans’ life expectancy and health have improved over the past century but these gains have lagged behind those in other high-income countries. This health disadvantage has occurred even though the United States spends far more per person on health care than any other nation. The United States, which is among the wealthiest nations in the world, is hardly the healthiest. In order to gain a better understanding of this problem, the National Institutes of Health (NIH) asked the National Research Council and the Institute of Medicine to convene a panel of experts to investigate potential reasons for the U.S. health disadvantage and to assess its larger implications. The panel’s findings are detailed in its report, U.S. Health in International Perspective: Shorter Lives, Poorer Health (National Academies Press, 2013). More data, including an interactive chart that makes it possible to see how the United States compares with other countries in the prevalence of specific causes of death such as heart disease, HIV/AIDS, violence, and traffic accidents, can be found at: http://sites.nationalacademies.org/DBASSE/CPOP/US_Health_in_International_ Perspective/index.htm.

The report examines the nature and strength of the evidence on life expectancy and health in the United States, comparing U.S. data with statistics from 16 “peer” countries—other established high-income democracies such as Canada, the United Kingdom, and Japan. For many years Americans have been dying at younger ages than people in almost all other high-income countries, a disadvantage that has been growing for three decades, especially among women. 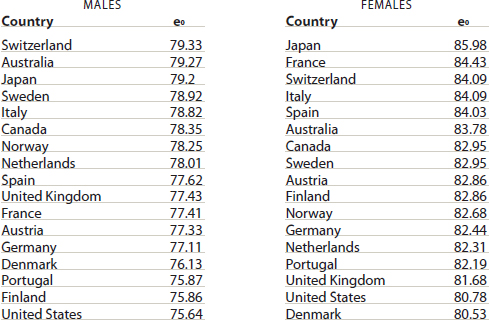 A measure of years of life lost before age 50 illustrates the amount of premature deaths. The measure shows how many additional years would be lived before age 50 if deaths from a cause were eliminated. Overall, the measure shows that the U.S. loses a larger number of years of life to all disease and injury causes than do any other comparison countries for which comparable data are available. This is true for both males and females younger than age 50. 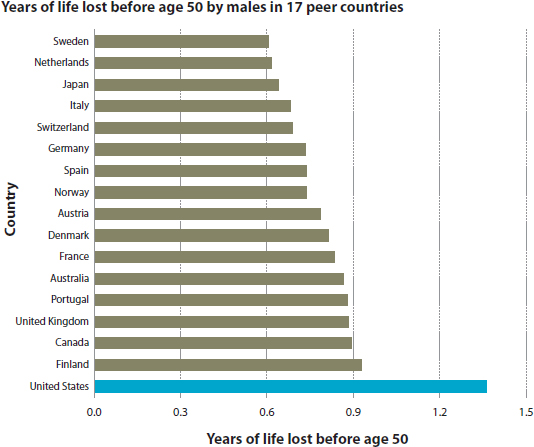 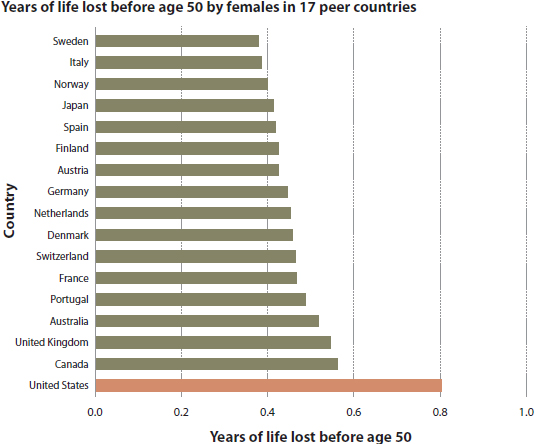 The causes of extra years of life lost 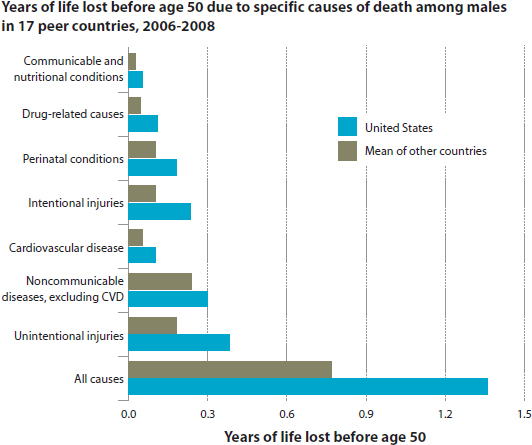 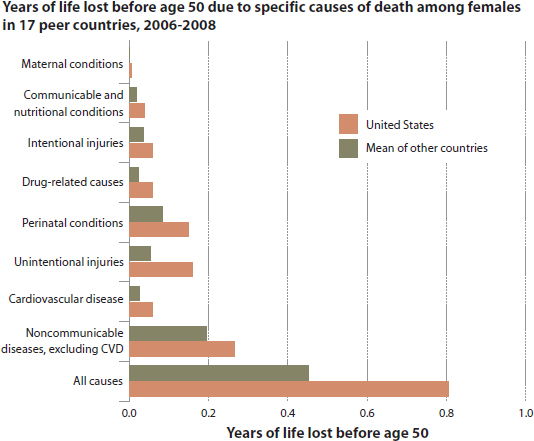 Closer analysis of the data indicates which causes of death contribute the most to the years of life lost before age 50 in the United States compared to its peer countries. Homicides are particularly prominent for males, whereas noncommunicable diseases and perinatal conditions are more significant for females. 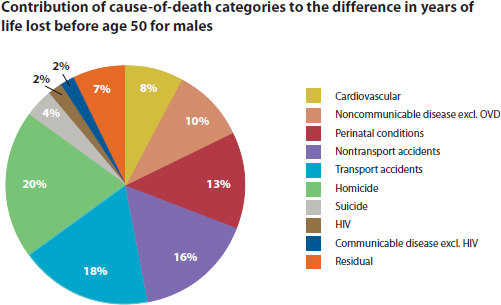 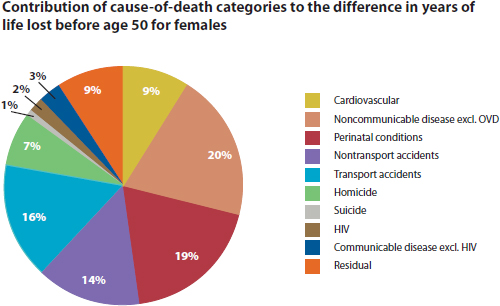