A full-sized American chestnut was a sight to behold: a hundred feet in height, a trunk 10 feet in diameter, covered in white bracts of funky, acrid-smelling flowers. But on a walk through Appalachian forests today, you won’t find tasty chestnuts or the tree that bears them. Instead, all you’ll see are spindly knee-high twigs sporting chestnut leaves—sprouts from the diseased stumps and roots of yesterday’s massive trees. The American chestnut has been functionally extinct for nearly a century. A blight, imported from Asia, killed the trees en masse in the early decades of the twentieth century. Its demise had negative ecological effects—wiping out pollinators and crashing the populations of wildlife that depended on the nuts for food—as well as economic and cultural repercussions, for the tree had been a valuable source of timber as well as a symbol of Appalachian cultural identity and economic self-sufficiency.

Botanists and foresters have long dreamed of restoring the chestnut to its native range. Researchers have experimented with spreading a viral pathogen to infect the fungal blight to reduce its virulence. And in recent decades a program to hybridize American chestnuts by back-crossing them with the blight-resistant Chinese chestnut has finally found a degree of success. But now another research program is under way—to produce a genetically engineered blight-resistant tree. The American chestnut is a fast-growing hardwood tree, and if it could be reintroduced on a large scale, it would be ideal for reforesting Appalachian mountains ravaged by coal mining, for sequestering carbon as a response to climate change, and for increasing the resilience and diversity in forests where ashes, hemlock, beech, and other trees are also under attack from pest invasions.

This new research program for the chestnut illustrates the challenges to understanding the peril and potential of genetically modified organisms (GMOs). Some plant scientists and forest advocates hope to reintroduce American chestnut trees to their native range, and the genetically engineered tree stands a good chance of surpassing the hybrid ones in creating a high level of blight resistance—but only if the GMO is approved by the Environmental Protection Agency, the Department of Agriculture, and the Food and Drug Administration.

Should it be? Both sides can appeal to data, but at bottom the question is a philosophical one. Opposition to GMOs runs high. Generally, opponents offer three kinds of arguments: potential harm to health and environment, social and economic injustice, and the loss of natural integrity. The first of these is less relevant in the case of chestnut than in other GMOs that have been up for regulatory approval. That’s because, in comparison with other agricultural GMOs, the chestnut’s greater potential is to repair habitat rather than harm the environment. The second point, concerning the economic imperialism that has followed corporate control of GMO intellectual property, is a nonissue, since researchers have promised to make the engineered tree lines publicly available for forest restoration. So it’s the last of these—the philosophical issue, whether labeled as such or not—that’s likely to drive public debate.

What does it mean to claim that a GMO has lost its natural genetic integrity? What makes a genome natural or pure? Is there a measure of fidelity to nature? For that matter, why do we aim to be “faithful” to nature at all? One reason to protect genetic integrity is the claim that species are intrinsically valuable, and the unique genetic characteristics of a species make it what it is. Therefore, to protect the value of a species might require that we protect the purity of its genome. There could be validity to the view that the intrinsic value of a species derives from its genetic purity, or that the stability of a genome defines its essence, or that differences between species should be maintained; but these are metaphysical and normative commitments, not scientific statements. Of course, from a scientific point of view, species do change over time, and one species may split into two, or two distinct species may interbreed sufficiently to become one—as is common for plants that hybridize easily.

Indeed, from a scientific standpoint, there’s no clear measure of genetic purity. Restoring the American chestnut through genetic engineering adds about a dozen foreign genes to the 38,000 or so in its genome. Most of those come from Asian chestnut species, and one comes from wheat. On the other hand, the backcrossed hybrid differs from its American chestnut ancestor by about two thousand genes. Which is more true to nature? If the measure is only precision, then the GMO wins. However, if the degree of relatedness of gene source matters, then the inserted wheat gene, which is likely the one most responsible for defeating the attack of the blight, spoils its natural integrity.

Another reason to protect genetic integrity is the view that human-caused changes to a species’ genome are bad and should be avoided. Here, the chestnut GMO can surprise us, since it forces us to put the artificiality of selective breeding on a scale against the artificiality of genetic engineering. Both are ways that human labor has altered nature to further our interests. As it turns out, the Chinese chestnut used in the traditional breeding program is the product of centuries of artificial selection. It’s an orchard tree, shaped by generations of human will. Unlike the American chestnut, it is squat rather than towering, and the seeds are large and meaty, if somewhat flavorless. So which intervention is more potent and takes the species farther from its wild origins—domestication or genetic engineering? These are questions about how we choose to think about the natural, not about what science can tell us is natural.

Then there is the easy objection: if humans use genetic engineering to do whatever they desire, we could wind up with fantastical creatures, unpredictable environments, and strange diseases. But 25 years into our experiment with genetic engineering, the choice is not between rejecting it entirely or saying anything goes. The question here and now is always whether some specific use will reorder the tree of life in an unacceptable way.

There will be a demand for more science to study the safety of GMO chestnuts as food, and there will be worries about lack of genetic diversity in the engineered lines. These demands will be countered by evidence showing the human food sources of the genes are safe and with plans to continue to breed transgenic chestnuts with the few surviving American chestnut trees in order to increase diversity. The GMO chestnut very likely will pass the regulatory hurdles. But reforestation won’t happen unless the public is convinced to support planting hundreds of thousands of seedlings, and they won’t provide that level of support unless they can believe in the value of this tree.

The debate requires that we weigh metaphysical concerns about genetic purity with practical and ethical concerns about forest diversity. This could be the first intentional release of a GMO into the wild, not for a profit motive, but in order to reverse a human-caused extinction. It could lead to a run of new applications for using genetic technologies to help organisms adapt to human-induced environmental change, thereby rebuilding, not undermining, nature’s resilience. Most of all, it leads us to consider how controversy over emerging technologies can obscure larger risks and problems that aren’t amenable to technological solutions. The danger of species losses in our forests has sneaked up on us, and it’s likely that maintaining healthy forests will require not only the use of genetic technologies to modify tree species, but also to control the pests that are killing them. In essence, we can’t afford to miss the value of our forests by getting lost in debates about the trees.

Evelyn Brister is an associate professor of philosophy at the Rochester Institute of Technology. 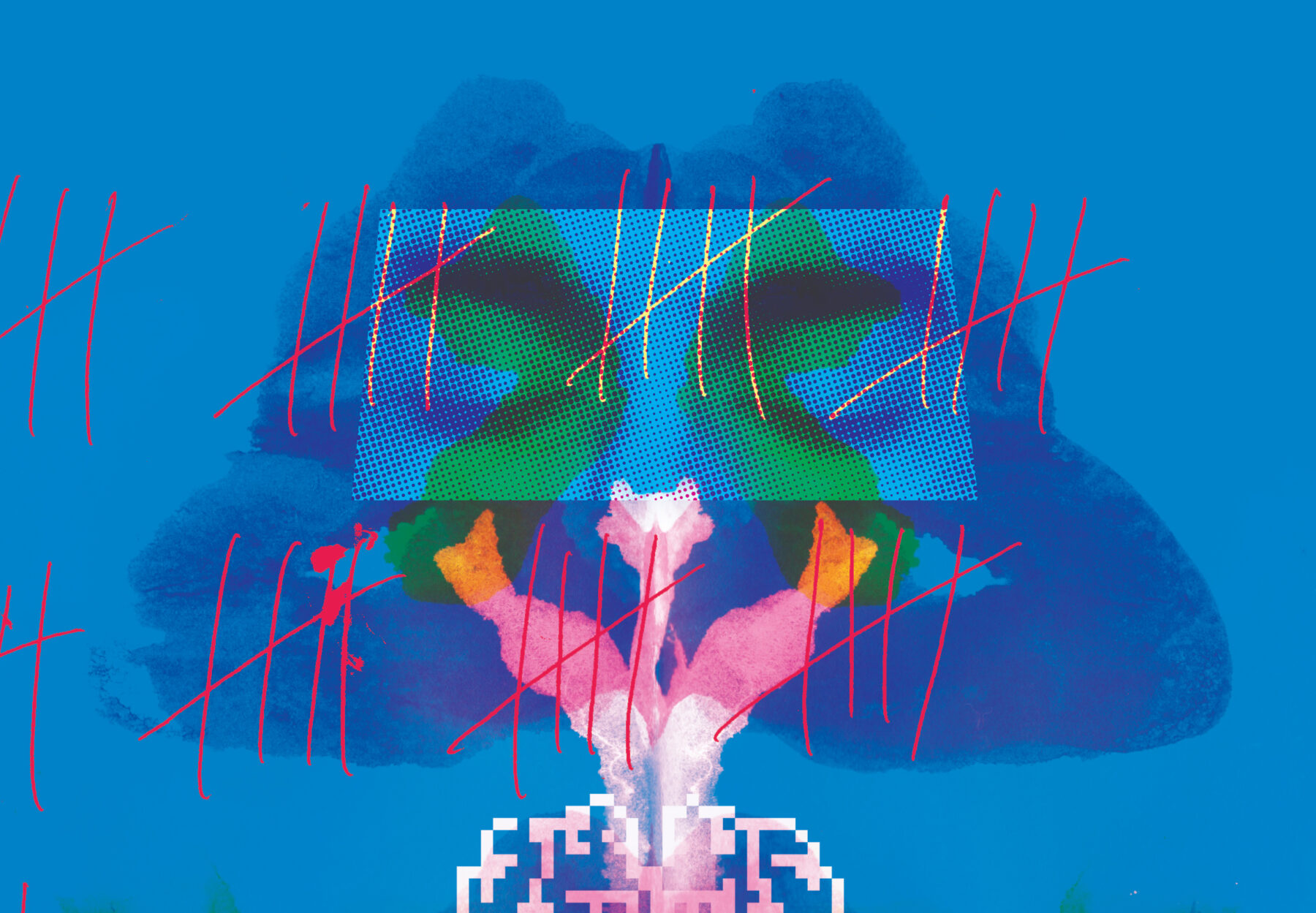 The Complicated Legacy of Terry Wallis and His Brain Injury

An Arkansas man’s unprecedented recovery of consciousness, and his recent death, demonstrate why progress in neuroscience must be matched by new standards of care for patients as well as attention to their civil rights.