Climate change presents numerous new difficulties for thinking about security, not least, as Carol Dumaine notes in “Redefining Security” (Issues, Winter 2022), the simple but profoundly important point that assumptions of a stable earth as the backdrop to global politics no longer hold. Current trajectories clearly indicate accelerating disruptions in future, ones that are entirely predictable in general even if specific events are unknowable in advance.

Simultaneously climate change doesn’t fit the traditional understanding of national security as dealing with external threats to a country. At least it doesn’t in the case of any country that has a large legacy of fossil fuel use; the threat is to a significant degree self-generated. On the other hand, responses to climate changes are, in the case of major fossil fuel using countries, at least partly in their own hands; both efforts to prepare for disruptions and to quickly reduce fossil fuel use are within the capabilities of these nations.

But while fossil fuel using countries have the obligation to lead on reducing their use, collaboration with other nations is also essential if global climate change is to be effectively tackled. Once again national security cannot be guaranteed unilaterally. All of which suggests that traditional notions of national security no longer work in the face of existential threats such as climate change and the dangers of the accelerating global extinction crisis.

Perhaps the most important indication of why climate change requires a fundamental rethink comes in Dumaine’s observation about youthful climate activists being portrayed as a security threat. Frustrated that governments’ failure to tackle the clear and present dangers of climate change is endangering their future, it’s no wonder they protest. It’s their future security that is at stake, not the security of their elders who are both very slow to recognize the scale of the transformations that have been set in motion and even slower to react in ways that suggest they take their obligations to their grandchildren seriously.

So whose security is supposedly being ensured by the conventional version of national security? Clearly not the security of future generations. What those generations will need is a fecund earth with ecosystems that can both provide sustenance for the now-huge global human population, and offer buffering capacity to limit the disruptions already set in motion by heightened greenhouse gas levels.

To get to that future, what is most important is securing the ability to adapt rapidly to tackle fossil fuel emissions and simultaneously enhance ecosystem resilience. While security has frequently acted to maintain existing social orders, now, where these social orders are themselves the threat, very different notions of security are necessary. Indeed, we may need a different conceptual vocabulary altogether for tackling these novel circumstances, but until this is clearly formulated we are stuck with “security.” But clearly in our current situation the old version of national security is no longer fit for purpose.

I am writing this under the impression of the ninth day of Russian President Vladimir Putin’s unprovoked attack on Ukraine and reports about strikes at Ukraine’s Zaporizhzhia nuclear plant. This ferocious attack and the ensuing debates about rising prices for fossil fuels, dangers of nuclear meltdown, and energy security all underline Carol Dumaine’s argument that we desperately need new, more holistic ways of thinking about security. The now openly revisionist ambitions of Putin’s Russia at first sight might bring back old debates about geopolitics and state-centric national security conceptions. But we should not make the mistake of thinking that we live in the same environment as 40 years ago during the Cold War.

The fighting of a major war in Europe—which most observers deemed farfetched only a short time ago—and the subsequent worries about how to satisfy the energy needs of people in Europe without relying on Russian gas, precisely underscore Dumaine’s argument. To stay relevant, security analysis must go beyond the well-trodden path. It has to go beyond state-centric, linear thinking, beyond extrapolating from the past and neatly separating “hard” security issues such as violent conflict from “soft” ones such as risks for human security, the destruction of global ecosystems, and climate change.

Instead, as the debate in Germany about the security dividend of renewable energies and their role as “freedom energies” shows, traditional security concerns are deeply intertwined with developments in other areas. As Simon Dalby, a scholar of environmental security and geopolitics, puts it, in the midst of an accelerating climate crisis we have to leave behind the “Pyrocene” and old thinking about what geopolitics means. The just-published Sixth Assessment Report by the Intergovernmental Panel on Climate Change highlights that the world faces “increasingly severe, interconnected and often irreversible impacts of climate change on ecosystems, biodiversity, and human systems.” This does not mean that we only need to redouble our efforts to mitigate emissions, but also that we must substantively readjust our understanding of security.

Dumaine already acknowledges key aspects of Anthropocene (in)security: their global scale, intergenerational dimension, interconnectedness, and abrupt, nonlinear nature. In addition, security thinking in the Anthropocene should acknowledge question of global (in)justice, which have become all the more relevant as climate change or pandemics deepen the rift between the Global North and South as well as between the rich and the poor and between current and future generations. Without addressing these global and intergenerational injustices, even wealthy nations will have a hard time to stay safe and to weather the coming storms.

Most importantly, security analysts and decisionmakers should not just look at Anthropocene insecurities through the lens of old security paradigms—that is, adding climate change to existing lists of national security risks. Such an approach would overlook important aspects and would deploy outdated tools to new, increasingly complex and global challenges. Instead, they should look at the expanding scholarship in international relations in the Anthropocene and initiate a far-reaching transformation of security and risk thinking especially in the foreign policy and defense sectors. This new thinking needs to take seriously the global and temporal interconnectedness of risks and the civilian components of tackling them, and thoroughly focus on human and ecological security conceptions instead of national security. 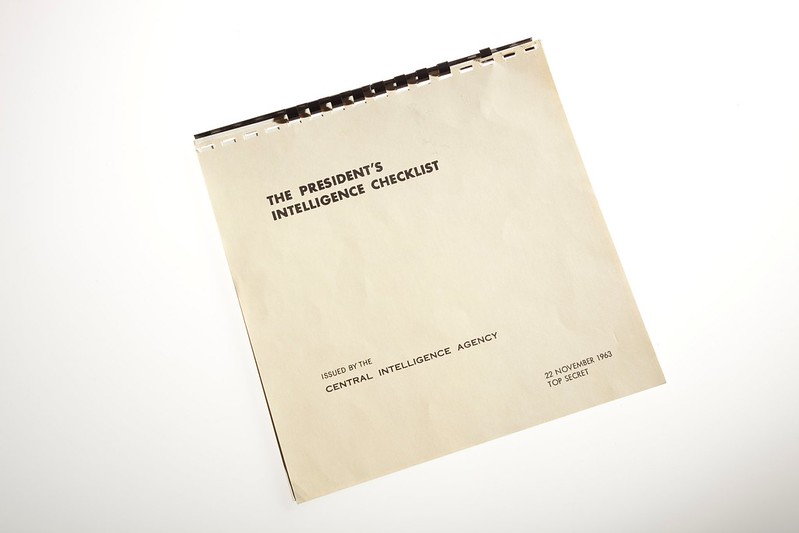 The recent National Intelligence Estimate on climate change illustrates how traditional national security approaches must be expanded to contend with global environmental change.