Borderland Circuitry: Immigration Surveillance in the United States and Beyond

It has become clear that the development, deployment, and use of technologies is rarely neutral. Many technologies may be used for both good and evil. And although technologies may provide significant social, political, and economic advantages, disparities in access to them may exacerbate or even create new inequalities. Moreover, the data and algorithms on which many technologies run can include, embedded within them, social and cultural biases that mirror the prejudices of society.

Ana Muñiz’s book, Borderland Circuitry: Immigration Surveillance in the United States and Beyond, builds on observations like these to showcase the ill uses of surveillance technology primarily on the US-Mexico border. Muñiz, an assistant professor of criminology, law, and society at the University of California, Irvine, explores how surveillance and law enforcement technology is used to disadvantage and criminalize particular groups of people, reflecting broader biases in US society, and with profound and disproportionately negative consequences for migrants and minorities. All this, Muñiz argues, is built into the technologies of border surveillance.

Borderland Circuitry examines how US law enforcement and intelligence agencies develop, deploy, and use surveillance technologies, such as biometrics, facial recognition, drone flights, and mass databases. While the rationale for using these technologies is ostensibly to gain and maintain control of the nation’s borders, Muñiz reports on how border agencies view these technological functions expansively, going well beyond the border. This is salient information, as scholars have for years studied the distinction between the border as a physical barrier (e.g., the border wall) and the invisible barrier (surveillance technology) that reaches into communities deep within, and sometimes outside, the United States. Muñiz calls this “jurisdictional buoyancy,” to which law enforcement and intelligence agencies are particularly prone. Other experts, such as the political scientists Matthew Holden Jr. and James Q. Wilson, have labeled the same phenomenon as bureaucratic imperialism. It has led, in Muñiz’s account, to a “broader range and greater number of people [who] are eligible to have their information maintained in the database.”

Although Borderland Circuitry focuses on federal agencies, Muñiz argues that there is increasing cooperation among local law enforcement and intelligence agencies at all levels. This cooperation has helped these organizations identify, stigmatize, criminalize, and deport immigrants, and also punish Black and Brown communities faster and more efficiently. The book argues that this is intentional, that agencies built targeting systems to subjugate more individuals and groups by phenotype and culture. It is what Muñiz calls a “racialized system in its own right.”

Part of the book’s value is in what it reveals about the mechanics of how surveillance technology works within the larger system. Borderland Circuitry includes thorough descriptions of how US agencies profile and target migrants and minorities with surveillance technologies: using trial and error, often in partnership with private companies, and sometimes without any real justification. Most importantly, according to the book, the creation and deployment of such technologies is based on racial lines, utilizing built-in racial bias. And the efficiency and power of these systems continues to grow: databases of local, state, and federal law enforcement agencies, intelligence bureaus, and border bureaucracies are increasingly interconnected. Muñiz argues that this is another part of the design, allowing better targeting of migrants and minorities in a political effort to subdue them. This system of border surveillance, according to the book’s argument, is wholly objectionable and should be eliminated; the author advocates “not only abolishing the border as a physical thing but also abolishing the colonizing social relations, capitalist exploitation, climate destruction, and politics of empire that make the border possible.”

If this sounds like a sweeping argument, it is, and its lack of nuance weakens it. The critique is broad, with little room for subtleties—for example, distinguishing between documented and undocumented migrants or criminal and law-abiding individuals. Consider the book’s treatment of gangs: labeling someone a gang member in law enforcement databases, regardless of the soundness of that designation, may have serious consequences for that person, their family, and even their community. This is certainly a power that can be abused. Yet Borderland Circuitry argues that gangs and gang membership are largely constructions—“racialized, often unjustifiable, sometimes fabricated,” Muñiz writes—of law enforcement and intelligence agencies as a method of immigrant and minority control. But gangs are not made-up groups: they are dangerous and may pose a legitimate threat, often most acutely to some of those same individuals and communities that Muñiz focuses on. As the gang example shows, Borderland Circuitry makes little effort to parse out and distinguish categories of non-white populations or socioeconomic groups and their treatment by the border system. Such parsing might have allowed a stronger, if more limited, case to be made against certain parts and uses of the system.

A richer development of Borderland Circuitry’s main arguments would have required contextualizing the book’s valuable empirical evidence within existing theoretical frameworks. For example, examining biases in surveillance technology within the context of critical race theory—the interdisciplinary study of how conceptions of race and ethnicity affect a variety of social structures—might help better illuminate the mutual reinforcement of biases and technologies, and their relationship to historical inequities. Another potentially relevant concept is the philosopher Michel Foucault’s “biopower”: the idea that state authority endeavors to grow, optimize, and multiply, subjecting everyone and everything to precise controls. Invoking biopower could help make sense of the political motivation to limit the movement of minorities, since the ability to move—including crossing borders—is power.

Given that it is largely government agencies that develop and utilize surveillance systems, a look at the literature on bureaucracies would have been insightful. Certainly Franz Kafka’s work comes to mind with Muñiz’s descriptions of the impersonal nature of the bureaucracies that choose and input datapoints in the often punitive immigration system, process these data without regard to the lives they represent, and stream them out summarily in unappealable judgments. As another example, Muñiz refers to the seemingly random way in which surveillance systems are built and abandoned over and over with no apparent rationale. This suggests an alternative to the main hypothesis in Borderland Circuitry: rather than—or in addition to—malice or overt racism, a driving factor behind the growth of the surveillance system could be agency ambitions to increase budgets, resources, and discretionary power. Contemplating bureaucratic imperialism as a potential driver might lead to a more nuanced picture of these technological systems. Finally, there are a variety of studies on bureaucratic behavior, including the idea of “iron triangles” developed by the national security and defense analyst Gordon Adams, which describes arrangements whereby politicians profit electorally, interest groups acquire contracts (e.g., the technology companies Muñiz highlights), and bureaucracies maintain their material and discretionary privileges. The iron triangles that have formed around the prison industrial complex or the border industrial complex are prime examples of this.

There are many concepts and ideas from the social sciences that could be brought to bear on this material, and not appealing to them leaves the book at a largely descriptive level. While this doesn’t take away from the empirical value of the book, it leaves the reader without a deeper understanding of the context. Placing the research in a broader theoretical understanding of surveillance, control, bureaucracy, and interests would have added enormous value to the text.

Borderland Circuitry performs a valuable service by shedding light on how surveillance technology is developed, deployed, and used to target people. But in its lack of nuance and its focus on race and oppression, other important issues are left out. While surveillance technology can be used to identify, profile, stigmatize, and criminalize people, and do so along racial lines, many people who end up in the system’s databases are indeed criminals. The serious issue with fentanyl smuggling and the vast distribution networks within the United States—which often involve gangs and are now implicated in tens of thousands of overdose deaths every year—is a real problem, not one made up by bureaucrats. The book makes no distinction between unjust victims and criminals; instead, it portrays the surveillance system as fully unjust. But consider, for example, that Black and Brown communities often suffer disproportionately at the hands of gang members and criminals, whose information is and should be in the surveillance system. These communities too are entitled to protection, and that protection may require some amount of surveillance.

Ultimately, in its absolutizing critique of surveillance technology, Borderland Circuitry fails to address how to avoid throwing out the baby with the bathwater—that is, how to balance surveilling criminals, protecting communities, and enforcing the law, while neutralizing the worst biases technology can incorporate.

The question about what to do with these flawed but important systems cannot be ignored. In the future, surveillance technology will take in more of individuals’ information and place it in databases for a variety of purposes. How can society best remove biases and regulate and monitor what is collected and how it is used? To deny that injustices currently exist would be absurd, but abandoning surveillance completely is unrealistic and possibly dangerous. A democratic system requires practices that enable people to hold bureaucracies accountable and limit their power in the deployment and use of surveillance technology. It is better to look to corrective mechanisms in the creation, deployment, and use of surveillance technology than it is to destroy the system altogether. The problems society needs to solve, after all, may not be primarily technological.

Mental Models for Scientists Communicating With the Public

To make research more valuable and enhance trust in science, scientists and institutions must build greater capacity for risk communication. 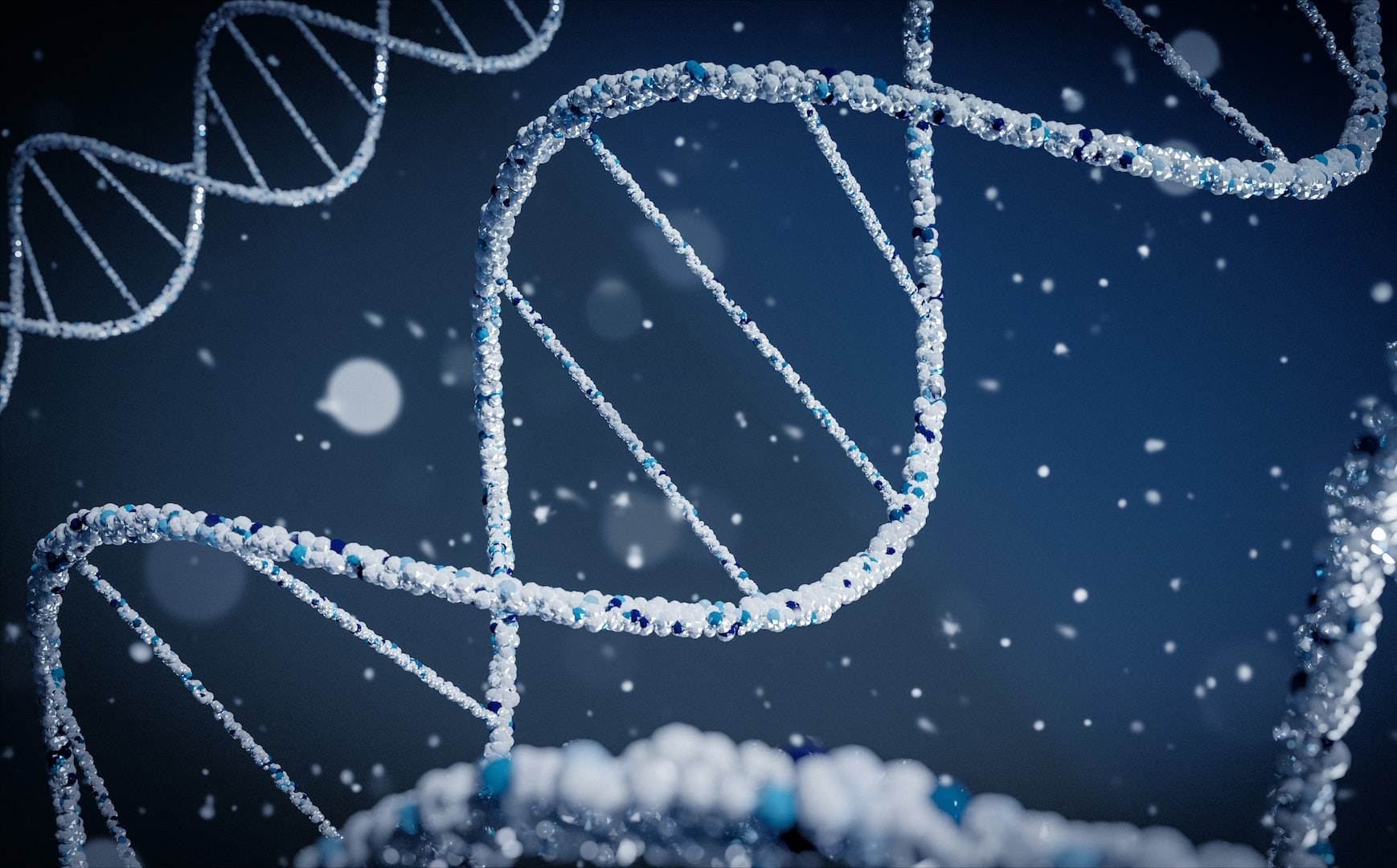