When asked what form he would take if he could come back to Earth again, Othmar Hermann Ammann answered, “An eagle.” In 1964, the 85-year-old civil engineer would often stand at the window of his Madison Avenue high-rise looking through a telescope at six of his New York bridges—each a sonata of steel and stone, born from bolts, beams, burns, and blisters. As he told a reporter for Life magazine, he believed it “a crime to build an ugly bridge.”

The Bayonne Bridge, which Ammann designed with architect Cass Gilbert, opened over the Kill Van Kull strait in November 1931. The lacy steel crescent, 325 feet tall and 85 feet wide, became an emblem of elegance and economy. With a 1,675-foot shore-to-shore span, the busy connector between New Jersey and Staten Island was the world’s longest through arch bridge at the time, although its fame is overshadowed by its thicker twin, the Sydney Harbour Bridge.

In the early 2010s, the widening of the Panama Canal created a problem for the Bayonne Bridge. A new generation of post-Panamax mega ships, built to suit the canal’s new dimensions, could not fit under the Bayonne Bridge’s 151-foot vertical clearance. The Port Authority had three options. First, remove the bridge and replace it with a new tunnel, at a cost of at least $3 billion over 15 years. Second, they could retain the original arch but rebuild it with a higher cable-stayed model—also expensive, and this approach would produce an odd-looking bridge. The third option was deemed the best although it was the most complicated: install a new road deck closer to the arch’s apex, which would compromise the bridge’s elegance but create the necessary 215-foot vertical clearance.

Raising the roadway on a bridge while keeping it open to traffic was an extraordinary engineering challenge, drawing comparison to conducting open-heart surgery on a running patient. Building a bridge-within-a-bridge also required safe staging of the transit and crane operations. More than that, it entailed attempting (not always successfully) to minimize disruption to the lives of the residents of the surrounding neighborhoods and the encircling ecosystem. The price tag for the elevation was $1.3 billion—six times higher, when adjusted for inflation, than the original cost of building the bridge.

The Bayonne Bridge reengineering illustrates something common to all projects involving infrastructure upkeep and upgrades. I call them the “grind challenges.” Unlike the grand challenges that transfix communities with big, bold targets that push the frontiers of achievement, grind challenges are the myriad interlocking tasks that keep our highly engineered world functioning. They involve testing, inspections, standards, compliance, quality work, care work, and all the nuances of negotiating to move load-bearing bureaucracies. Essential though these tasks are, few people beside the workers who regularly wrestle with the details are aware of them. Despite their low profile, grind challenges are tremendously important, and they are defined not by their blue-sky idealism, but by how well they accommodate nearly impossible constraints on—and in—the ground.

In the 1930s, Ammann had few restrictions on his engineering vision, enabling him to deliverthe Bayonne Bridge months ahead of schedule and under budget. No seismic requirements, concerns about infringing on residential areas, or even consideration of environmental impacts impinged the construction of the bridge. By contrast, in 2009, the impact studies required to raise the roadway involved consultations with over 300 organizations and 50 Native American tribes. The resulting 5,000-page report cost over $2 million to complete. The report revealed that the Kill Van Kull, one of the most heavily industrialized zones in the country, is a possible breeding location for about six dozen bird species, including the endangered peregrine falcon. Rebuilding Ammann’s road in the sky was rife with potential roadblocks.

Engineering tends to valorize the lofty ideals of grand projects, but it is in the daily grind that the deeper pact between engineering and society plays out. Adapting any older system to a newer reality comes with a Gordian tangle of considerations. And it is in these tangles, where proper social accountability for the consequences of the work resides, that we can find an accurate and grounded view of engineering.

Consider each grind challenge as a dot in a pointillistic painting—with distance can we see their shades, depths, patterns, and connections to the larger whole. But only up close can we see the real art that connects the grimy gears of multiple layers of technology to the smooth running of servers, sewers, and subways. True appreciation of the grind challenges leads us to reflect differently on the allure that characterizes other aspects of engineering. Many of these aspects advance a vision of engineering that resembles Ammann’s description of the energy of New York: “Everyone rushes and pushes, everything is in a busy excitement and everyone is working for a goal without caring about the rest of mankind.”

Indeed, Ammann’s gorgeous bridges arose in reaction against grand plans. Until his early thirties, Ammann worked as the chief assistant to the showy bridge builder Gustav Lindenthal, whose Hell Gate Bridge, the rigid rainbow over New York City’s East River, opened in 1916 and served as an inspiration for the Bayonne Bridge. In 1922, Lindenthal, in his seventies, advanced a grandiose structure for a span over the Hudson from Hoboken to downtown Manhattan. It was a nonviable idea, but it evolved into an even more impractical proposal: a dazzling double-decker with a dozen train tracks and almost twice as many road lanes. The plans imagined a veritable Asgardian bridge with concrete towers that were taller than the tallest skyscraper of the time, costing over $300 million in 1924 dollars.

Ammann critiqued his mentor’s plan as overblown and extravagant. Lindenthal in turn exploded, scolding the younger man for his “timidity” and “shortsightedness,” while the older engineer claimed to be looking a thousand years ahead. Lindenthal’s refusal to “bring moderation into his gigantic plan” led Ammann to split with him. Ammann put forward a competitive proposal for a stronger and slimmer bridge, resisting “the unlimited ambition of a genius that is obsessed with illusions of grandeur.” When his George Washington Bridge opened in October 1931, just three weeks before the Bayonne Bridge, it was immediately acclaimed for its engineering and elegance. The legendary architect Le Corbusier called it the “most beautiful bridge in the world.… It is the only seat of grace in the disordered city.” The final cost of the bridge—under $60 million and ahead of schedule, with both decks and built-in features for expansion—was a fifth the cost of Lindenthal’s proposal.

To be clear, grand goals can have value in mobilizing passions and bringing about social benefits. The management scholar Bent Flyvbjerg has referred to such passions as the “four sublimes.” The first is the “technological sublime,” which excites engineers to push the boundaries of what’s possible in infrastructure—the longest-tallest-fastest (and often most expensive) types of projects. The second is the “political sublime,” which politicians seek by promoting monumental constructions to generate visibility and votes. The third, the “economic sublime,” delights businesses, trade unions, developers, bankers, lawyers, and their networks with jobs or income. And the fourth is the “aesthetic sublime,” which can supply the pleasure that creators and communities derive from visually striking designs. But a focus on the four sublimes alone distorts engineering, which is centrally defined by its dedication to details and disconnects.

It is telling that the very epitome of the grand challenge, the literal moonshot, was undergirded by so many interlocking grinds. The Apollo program required the contributions of more than 300,000 people, 2,000 contractors, and 200 universities. To empower this collaboration, NASA managers adopted military systems management techniques to focus procurement and guide project teams and requirements in the nitty gritty details, such as clean room protocols and safety-critical maintenance checks. Europe’s space agency took the opposite approach, starting with an existing “missile searching for a mission,” as aerospace historian Stephen Johnson has written. Lack of attention to quality and safety details and the pursuit of parochial interests doomed the European effort, while the US project famously made it to the moon. As Johnson points out, many of the solutions for the technical problems of rocketry turned out to be social and organizational.

In other words, reaching what astronaut Buzz Aldrin described as the moon’s “magnificent desolation” first required a heroic commitment to mastering the magnificently mundane. In deploying moonshots as metaphor and motivation, though, we must acknowledge that many of the things that are necessary in life aren’t moonshots. Society celebrates the light bulb but not the vast electric utility system that makes illumination possible. Such biases drive hyperbolic discounting, the inclination to value immediate over delayed rewards: attention paid to maintenance and other longer-term concerns diminishes to the vanishing point. Science and technology policy often gravitates to megamissions focused on flashy innovation, but there are many other things that require equal attention. Developing and distributing novel vaccines to abate an airborne infection is crucial, but so is the grind of redoing outdated heating, ventilation, and air conditioning systems to improve air quality in buildings and transit. When reaching for the sublime, the quotidian may be what sparks the revelation. As Apollo 8 engineer and astronaut Bill Anders famously quipped, “We came all this way to explore the Moon, and the most important thing is that we discovered the Earth.”

All the grind challenges associated with care and conservation are at the core of the bargain between engineering and society—they distill the essence of accountability, values, and humility into professional practice and ethics. Ask systems engineers about timely repair, refurbishments, replacements, renewal, retrofitting, and recycling. They will point out the often unappreciated and unmeasured benefits: avoided failures, faster recoveries, extended performance, reliable networks, and planned sunsetting of obsolete systems. Recognizing and rewarding those who manage the grind challenges is not a priority of today’s incentive systems. Still, such responsibility should be at the very heart of sharpening equity considerations through engineering. Moreover, a grind challenges sensibility can provide a more mature vision for conceiving and communicating engineering. What is engineering, what should it be, how do the practices work, and who do they benefit? Not everything in engineering—or life—is exciting or needs to be made so.

In 1964, just a year before his death, Othmar Ammann’s final bridge opened. Five years in construction, the Verrazano-Narrows Bridge contained three times the steel of the Empire State Building. At the ribbon-cutting ceremony, Robert Moses, a public official noted for his bulldozer mentality, said the bridge was built by one of the “significant great men of our time.” He didn’t mention Ammann’s name—or any of the construction engineers, architects, trades people, and laborers who brought the bridge into existence. 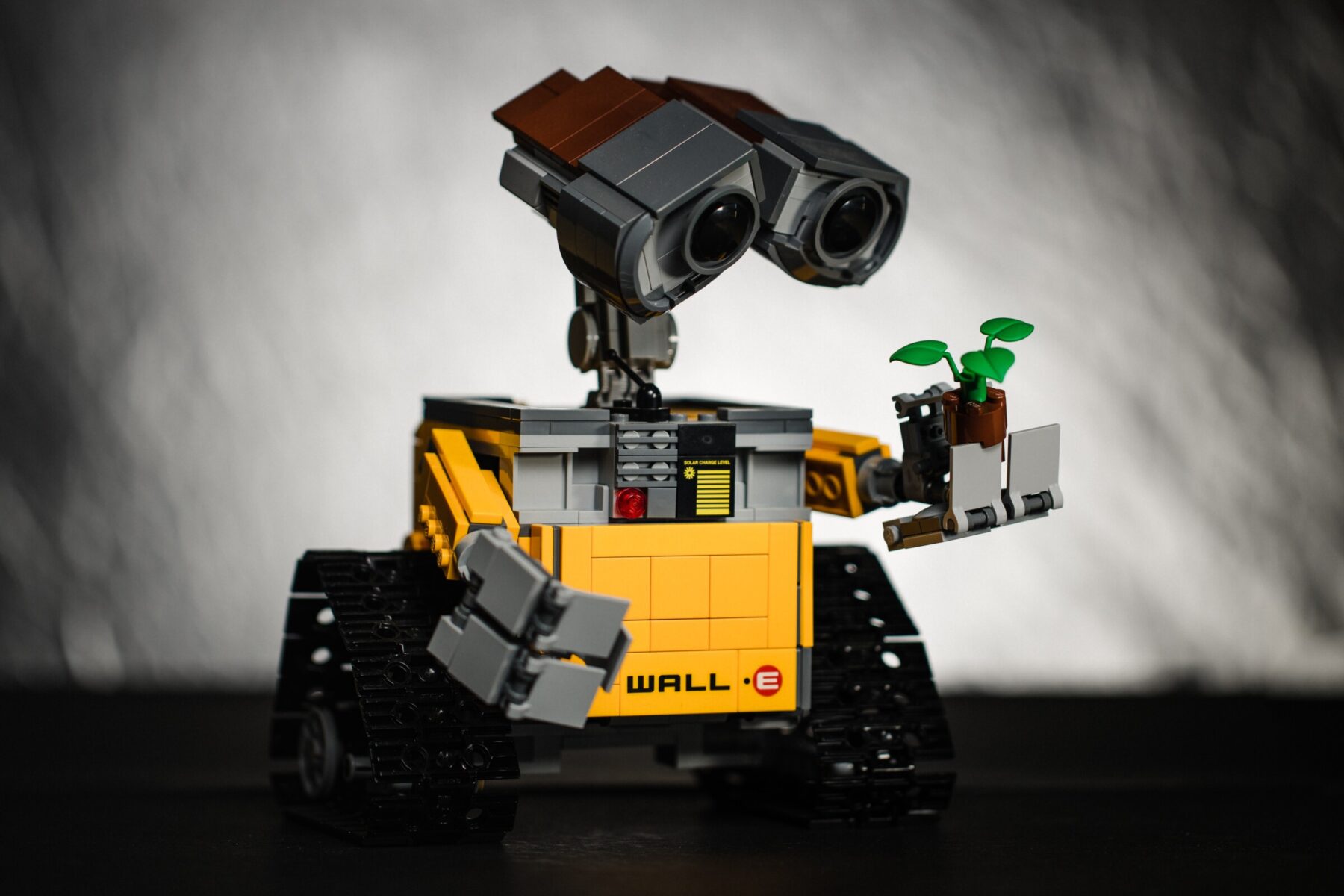 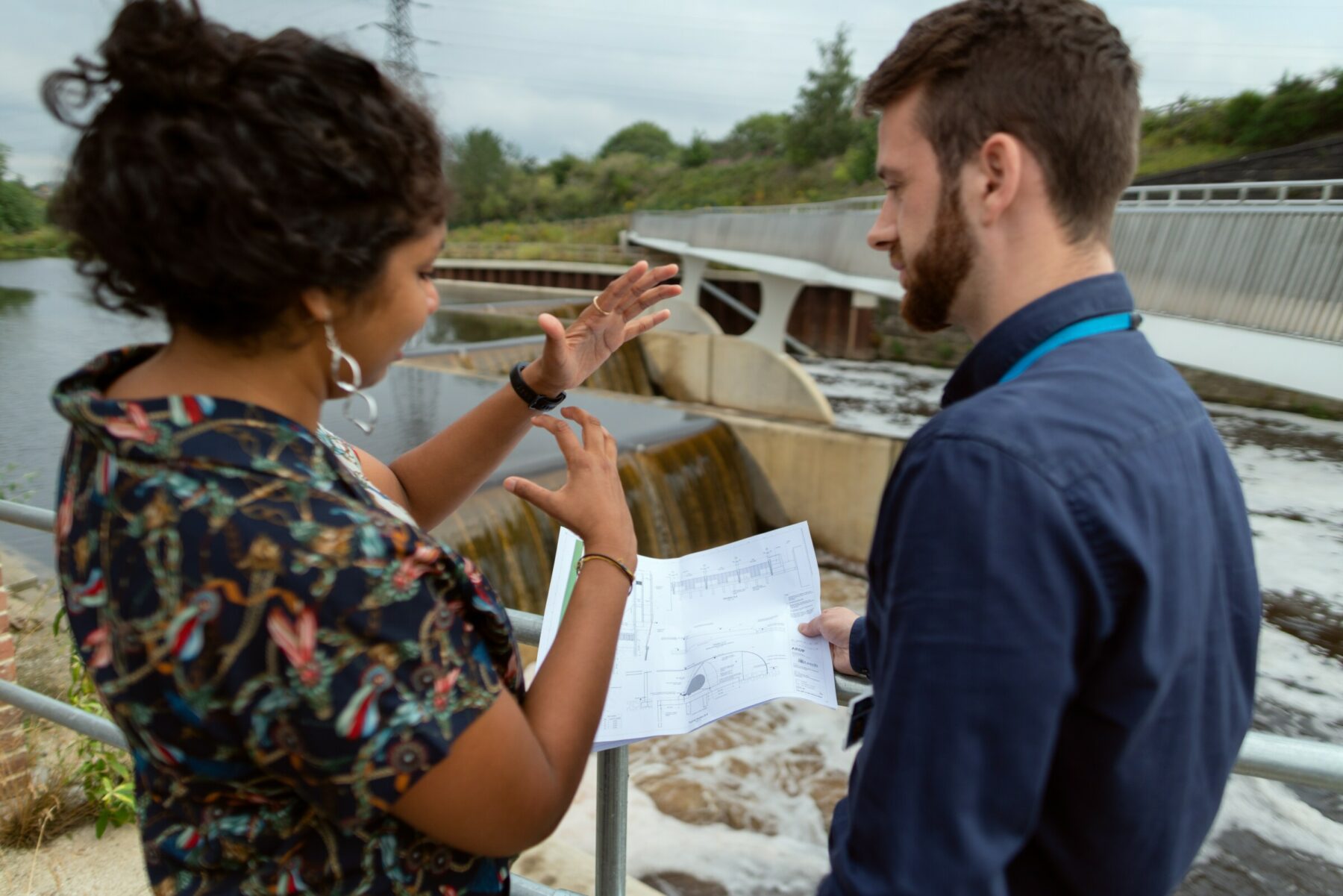