Blinded by the Frontier

Newly proposed legislation would pump billions of dollars into technology investments—but must be reworked to incorporate public values at this crucial time for America.

The Endless Frontier Act (S. 3832), introduced by Senator Charles Schumer (D-NY) and Senator Todd Young (R-IN) in May, entered the political arena during one of the most tumultuous periods in recent American memory. The country is struggling, and largely failing, to respond to a pandemic that in the United States has left over 136,000 dead, millions unemployed, and the future of entire industries uncertain. The deaths of yet more black Americans at the hands of the police have rightfully angered the nation, sparked debate about the role of policing in communities, and brought issues of racial injustice and inequity to the center of public discourse.

In the midst of these national crises, Schumer and Young have proposed injecting $100 billion into research on advanced technologies, citing competition with China in areas such as quantum computing and synthetic biology. Their bill would dramatically reshape the federal funding landscape. It might seem to be unrelated to our current shared crises—but it is not. Investments in science and technology are statements of a society’s priorities. The bill directly links investments in research and innovation to “good-paying jobs, economic prosperity, and a higher quality of life,” suggesting such outcomes will continue through additional investments. We, however, cannot be so sure.

First, focusing on emerging technologies and industries of the future ignores the reality that supposed technological revolutions often fail to materialize. Even when they do, they sometimes have significant unintended societal consequences—think of the rise of disinformation from social media or the long-term waste storage needs from nuclear energy. Second, claiming that investments in these advanced technologies will trickle down to create jobs and a higher quality of life is at best wishful thinking and at worst a false promise to those who have been historically and systematically left behind. We need more than next-generation technology that helps us compete with China; we need next-generation technology that also supports broader social values.

The United States has led the world in research and development funding for 70 years, and spends more than half a trillion dollars on public and private R&D every year. Yet the nation struggles to improve the lives of millions of people living in poverty and facing discrimination, and continues to experience basic societal failures such as contaminated groundwater and poor health care. The Endless Frontier Act suggests some mechanisms to better connect R&D with market values and technological outcomes—but if we want the public to benefit from additional billion-dollar investments in science and technology, Schumer and Young’s bill must ensure that the nation’s S&T system engages with and accounts for public values too. We propose an alternate vision for integrating public values into the Endless Frontier Act, with examples focused on education, energy, and public infrastructure.

Named for Science, the Endless Frontier, the landmark report that contributed to the National Science Foundation’s creation in 1950, the bill presents an ambitious vision to redesign the nation’s leading basic research agency. It would establish a new technology directorate at NSF—redesignated as the National Science and Technology Foundation, or NSTF—with authority to spend $100 billion over the next five years. That’s a substantial addition to the NSF’s annual budget of $8 billion. The new directorate would emulate the Defense Advanced Research Projects Agency (DARPA) model of innovation, replete with program managers empowered to advance research across 10 critical technology areas, including genomics, quantum computing, and advanced energy. The bill links these research areas to technology transfer programs, including 15 regional technology hubs spread around the country, to promote impacts beyond the lab.

A truly landmark bill to remake NSF would reflect public values by providing processes and systems to account for diverse public values in framing the problems. The current NSF structure largely lacks this critical element, and the bill, as written, misses opportunities to add public values. In the proposed NSTF, the technology directorate’s deputy director and board of advisors, made up of scientists and experts, can change the 10 technology priorities. NSF already relies on experts to call the shots on research directions through peer review of grant applications and reports on “big ideas,” which are also generated by scientists. Instead of more of the same voices, the deputy director should seek broader expert and societal review of priorities and investments to ensure they address challenges facing the nation.

For S&T policy, public value questions come in two forms: What science should we fund? And how should we conduct that science so it leads to public value outcomes? The Endless Frontier Act aims to answer these questions by dictating sectors for investment. But the experts in public values are not the bill’s writers or the NSTF directorate—they are members of the public themselves.

When public values regarding an S&T priority are clear, efforts should link existing scientific knowledge and research tools to community-identified knowledge gaps and demands for expertise. There are some notable examples. The NSF’s Civic Innovation Challenge places community needs at the forefront of the proposal process. The program stands in contrast to NSF’s usual emphasis on peer review and requires that community partners—not just scientists—define the problem at hand. The National Oceanic and Atmospheric Administration’s Regional Integrated Sciences and Assessments program has long integrated outreach into its operations to connect scientific products to user needs and outcomes. And the National Breast Cancer Coalition helped spearhead research on a preventive cancer vaccine by regularly convening researchers and patient advocates around the clear goal of ending breast cancer. Some of the proposed billions in NSTF funding could support community members for work on such collaborative research projects and set up formal avenues for stakeholder and public participation.

Sometimes public values around important S&T priorities are unclear or in conflict. Use of artificial intelligence or gene editing technologies, for instance, involves moral and political questions as much as technological ones. The field of public engagement with science can help illuminate public values around such questions. For example, the European Union’s CIMULACT effort, which ran from 2015 to 2018, used public forums to inform the EU’s multibillion-dollar research agenda and prioritize programs important to citizens’ values. This citizen-informed effort emphasized formal and informal education around social and scientific challenges, whereas expert-based reports on the EU’s research agenda glossed over the role of education.

The large influx of funding afforded by the Endless Frontier Act provides an opportunity to elevate community and stakeholder engagement from small clusters of activity to standard S&T practice. Funding provisions should require such engagement and train young scientists and engineers to make working with users, the public, and decision-makers the norm across disciplines. The existing National Science Board and the new NSTF’s board of advisors should regularly engage such practices to shape science and technology programs within the NSTF. The DARPA-like program managers would also benefit from training and exposure to tools for answering questions that arise when fostering research in fields such as artificial intelligence and biotechnology. Technical expertise is insufficient for making decisions that need to be guided in part by public values that may be murky and contested. The transition to a nondefense research and development model will not be simple.

From endless frontier to our front yard

What would an Endless Frontiers Act that focuses on public values look like? A reimagined bill should integrate public values through citizen and stakeholder engagement and reorient the bill’s features—such as regional innovation hubs—towards efforts to address public value challenges. We suggest three challenges that, though not exhaustive, serve as examples of what a new public values-driven directorate might pursue: attending to educational inequities, building a new energy system, and addressing toxic and crumbling infrastructure across the country.

Access to quality education is tied to future earnings for students and the country’s economic health. Yet the nation’s preK-12 and higher education systems have long struggled to address racial, income, and geographic disparities in educational access and outcomes. The NSTF could fund work on online and hybrid learning tools and pedagogies to broaden access to high-quality education. It could also fund cross-directorate research that could inform the equitable distribution and application of educational technologies. Funding could come with the stipulation of encouraging partnerships among schools, researchers, and the public and private sectors to develop, test, and deploy new knowledge and tools to ensure that technologies work where they are deployed and meet the needs of teachers and students.

Finally, neglected and hazardous infrastructure afflicts cities and towns across the country. As seen in Flint, Michigan, lead pollution from old pipes and failing flood infrastructure poses a threat to entire communities, often disproportionately affecting communities of color and those that are geographically isolated or low-income. Partnerships among citizens, researchers, local governments, and the private sector could help identify urgent needs and develop new strategies to address them—such as low-cost filtration systems, computational tools to improve flood predictions, and infrastructure for reducing deaths from extreme heat.

Tackling these three challenges does not preclude the Endless Frontier Act’s existing priorities. Artificial intelligence, advanced materials science, advanced computing, and cybersecurity technologies could all contribute. The difference is in the mission: framing the bill around public-value goals would ensure that technologies are advanced and applied to meet those goals. And such technologies would be more likely to “work” because they will have been inspired by and tested against real-world challenges. Investments in new S&T will have impact beyond the lab and beyond the usual metrics of scientific and technological success, such as papers and patents. Under this vision, we aren’t pursuing tech just for the sake of not losing scientific leadership to China, but to truly advance our nation. We want to win—but the winning strategy should involve integrating public values to ensure that technologies are developed and applied toward public goals. What does outcompeting China in new technologies—as Senators Schumer and Young seek to do—mean if we fail to advance American ideals of equality, justice, and opportunity?

Pursuing S&T advances alongside public values is not a zero-sum activity. The United States does need to advance innovation and emerging technologies to support our economy and national security. Legislation such as the Endless Frontier Act that aims to advance those goals could likewise tackle pressing challenges across a range of areas, including working for racial justice and fighting COVID-19, that also require R&D, new knowledge, and mechanisms to incorporate and address public values. The bill is a rare opportunity to reshape the science and technology enterprise and the future of our nation for decades to come. Ignoring public values as part of this moment is not merely an oversight, but an undermining of any potential for real change and advancement for the nation. 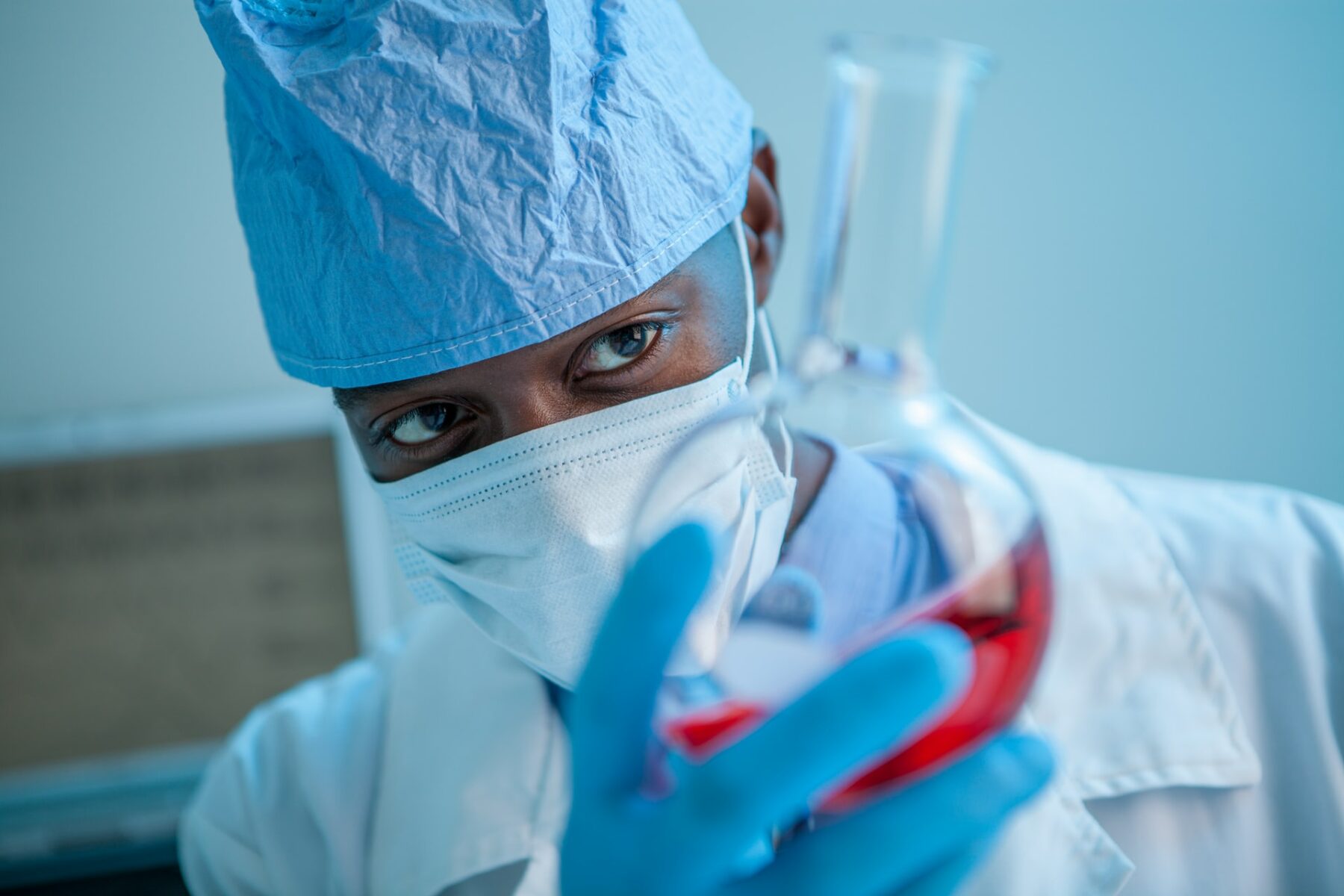