Building on successful approaches to increasing diversity in science and engineering education could help achieve ambitious goals in the number of doctorates awarded to minority students.

Last March, we traveled to Charlotte, North Carolina, for a first round game in the 2018 NCAA Men’s Basketball Tournament. On tap that evening was a game between No. 1 seed University of Virginia and No. 16 seed University of Maryland, Baltimore County (UMBC). As is widely known, the unimaginable happened that evening when our beloved UMBC Retrievers beat the UVA Cavaliers. The upset victory became a widely celebrated sensation. Something else, once almost as unimaginable, also happened that evening that is not as widely known and celebrated, but should be. With us in the crowd that evening were four black men. All were alumni of UMBC. All had been athletes. All had participated in UMBC’s Meyerhoff Scholars Program. Three went on to earn MD-PhDs and the fourth an MD and a JD. All four are now on the faculty at Duke Medical School. They are all engaged in cutting-edge research. One, for example, is working on the development of a pacemaker for the brain that promises to address such conditions as depression, autism, and schizophrenia.

In 2011, the National Academies of Sciences, Engineering, and Medicine published a report that documented the significant underrepresentation of African American and Hispanic research doctorates in the natural sciences and engineering and made recommendations for short- and long-term actions that would make the science and engineering enterprise more inclusive, diverse, and robust. The report, Expanding Underrepresented Minority Participation: America’s Science and Technology Talent at the Crossroads, widely called the Crossroads report, was a congressionally mandated follow-up to Rising Above the Gathering Storm, the National Academies’ seminal work on national economic competitiveness that led directly to the bipartisan America COMPETES Act. Congress mandated the Crossroads report because key senators recognized that success in an increasingly complex, globalized twenty-first century economy would depend on whether the United States produced and sustained a robust and dynamic STEM workforce. And more to the point, they recognized that to do this the country must draw on talent from all backgrounds.

The Crossroads report urged the country to invest in the success of students of all backgrounds in STEM from preschool through graduate school and on into early careers, with specific recommendations for each educational stage. Although it acknowledged the importance of improvements in K-12 STEM education for the long run, it identified and focused on the “low-hanging fruit” that could be picked almost immediately with a focused and sustained effort. It found that among African American or Hispanic students who matriculated at a four-year institution with an intent to major in STEM, just 20% actually graduate with a bachelor’s degree in STEM within five years. This is a jaw-dropping statistic given that most of the students who leave STEM are prepared for work in these fields. What astounded us further was that just 33% of white and 42% of Asian American undergraduates who aspire to major in STEM do so as well. In other words, most students of any background do not succeed in STEM.

This is a national problem requiring a national solution. The report urged that the nation focus on retaining and advancing well-prepared undergraduates of all backgrounds who seek to major in STEM when entering college. It argued that best practices for course redesign and student support that would help institutions do this have already been identified. Redesigning introductory courses through active, problem-based group learning has been shown to improve learning and student outcomes in science courses. Providing underrepresented minority students in STEM with appropriate academic, social, and financial support has been shown to boost their retention and completion in STEM, and even send them on for a successful experience in graduate school.

In our original article, we urged federal agencies, such as NSF and the National Institutes of Health (NIH), along with foundations, corporations, and other donors that invest in the STEM workforce, to target funding to those institutions that have developed successful approaches to educating minority students who go on to earn PhDs in the natural sciences and engineering or those institutions that seek to emulate them and replicate their practices. If federal agencies, foundations, and individual donors were to focus the financial support they target toward increasing diversity in STEM—both scholarships and institutional funding—on these top 30 institutions for African Americans and Hispanics, those that are already doing relatively well, that would represent a solid investment that would pay off with many more students.

NIH’s BUILD and NSF’s INCLUDES programs provide institutional grants for initiatives to increase the participation and success of underrepresented minority students in STEM. The Howard Hughes Medical Institute (HHMI) has developed a new Inclusive Excellence Initiative that provides grants to build institutional capacity for inclusion of students from all backgrounds in science. Should these programs build on the work of institutions that are already producing underrepresented minority students who succeed in earning research doctorates, or should they focus on building capacity at additional institutions?

We applaud BUILD and INCLUDES for funding networks to share best practices across grantees. This is important programmatic work, building on rigorous evaluation of what is working, that helps build capacity at institutions that are already among the top 30 as well as others that might also increase their support for underrepresented minority students. We also applaud any future effort to coordinate work on addressing diversity in STEM across federal agencies (this was a recommendation of the Crossroads report.) Coordinating and building synergy across NIH’s BUILD, NSF’s INCLUDES, and HHMI’s Initiative to focus on the top 30 baccalaureate institutions for African American and Hispanic doctorates is another approach to consider for building institutional capacity.

Because we believe those institutions that are already among the top 30 baccalaureate-origin institutions for African Americans and Hispanics are poised to build on existing efforts and contribute even more to the national goal, we urge another step. We challenge each university among the top 30 in baccalaureate origins for African American or Hispanic students who go on to earn PhDs in the natural sciences and engineering to focus on doubling the number of such students from their institutions who do so. The results would be a significant achievement for the nation:

What would it take for an institution to accomplish this? As shown in Table 1, UMBC is the number two baccalaureate institution (after Howard University) for African Americans who go on to complete PhDs in the natural sciences and engineering as a result of the Meyerhoff Scholars Program. With support from Robert Meyerhoff, UMBC launched the program in 1989. Based on a multifaceted approach, the program has emphasized high expectations, strong community commitment, academic success, research experiences, financial support, and rigorous program assessment.

This approach is based on what we call a “social transformation theory of change” in which we create empowering settings for minority student achievement within a broader institutional change process focusing on transforming campus culture to emphasize inclusion and excellence. We enact these changes through a process that involves deep and sometimes difficult conversations, analysis of student data, use of best practices from other institutions, and the identification of faculty allies and champions who become central to program implementation and student success. We build evaluation into the program from its inception to inform and evolve it and promote sustainability.

Inspired by the Crossroads report, HHMI has funded an effort to replicate and adapt the Meyerhoff program through the Chancellor’s Science Scholars Program at the University of North Carolina at Chapel Hill and the Millennium Scholars Program at Penn State, both of which are showing great promise. Building on the HHMI funding, these two institutions have committed significant existing funding and raised substantially more from external sources to support their efforts. Howard University’s Bison STEM Scholars Program is also adapting Meyerhoff to their campus with institutional support. (Interested readers can contact these campuses for more details on their programs and funding.)

Other institutions can follow their lead. If the nation’s research universities were to identify students of color who are performing well in science, engineering, and mathematics and then support and guide them toward STEM degrees and the goal of earning a research doctorate, this focused effort could easily double the numbers the nation is currently seeing. A successful effort will require campus leadership to make this work a priority and become its champion; it will also need faculty to become deeply involved in the program and bring students into the work. Universities should identify, support, and retain faculty—of all backgrounds—who invest themselves in this work. Although we believe that students need to see faculty of the same race or ethnicity as them—and increasing faculty diversity is a crucial national goal—we recognize the importance of majority faculty to this work. On our own campus, majority faculty have played a critical role in teaching and mentoring underrepresented minority students.

Research universities should focus energy and resources on this issue and set of goals.

In many cases, these institutions are already providing some level of support for minority undergraduates in the natural sciences and engineering. In other cases, though, many African Americans and Hispanics are graduating and continuing on to graduate school despite the institution, not because of its support. Further, many of the top institutions have major fundraising capacity. How can the nation incentivize institutions to leverage public funds in raising additional money to support underrepresented minority students who aspire to earn research doctorates in STEM? 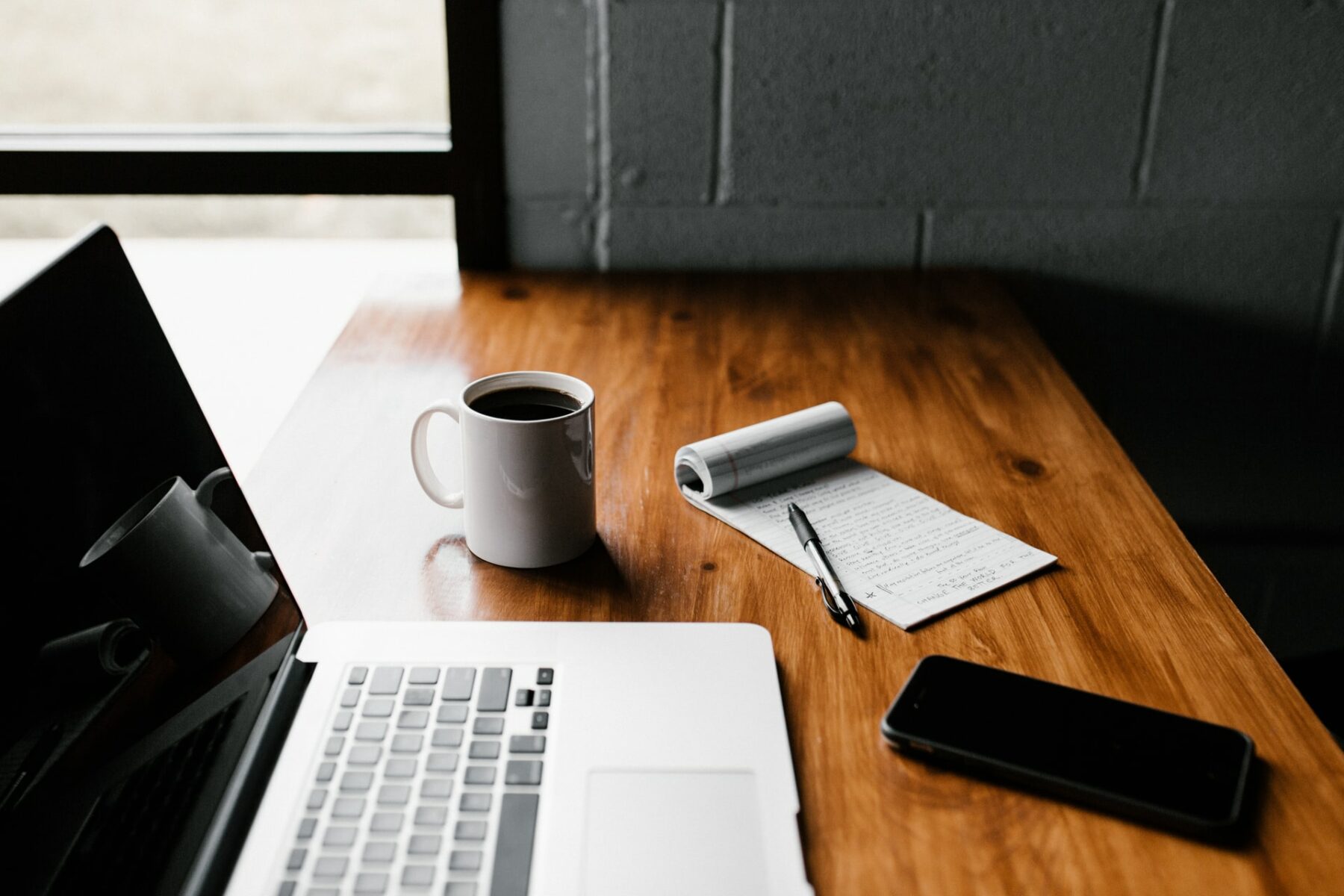