The Economics of Sustainable Food: Smart Policies for Health and the Planet

Discussions of food and agriculture often elicit intense emotional responses. Few topics so clearly overlap with feelings about culture, identity, bodies, and politics. What we eat and how we eat it depend on our background and class, as well as our differing ideas about animal welfare, sustainability, health, and attentiveness to climate change. For this reason, finding consensus on how to improve food systems in the United States or elsewhere—or even what constitutes “improvement”—is very difficult.

In The Economics of Sustainable Food: Smart Policies For Health and the Planet, an edited volume from longtime International Monetary Fund economist Nicoletta Batini, this lack of consensus is clear. The volume wavers among sometimes-contradictory invocations of regenerative and organic agriculture’s transcendental possibilities, the potential of high-tech interventions such as vertical farming and alternative proteins, and more pragmatic priorities such as reducing food waste.

The breadth of voices explains the array of positions staked out in the book. But even within the perspectives of individual authors there can be a sense of confusion and fuzzy thinking. For example, Batini calls for a wholesale shift from conventional farming (high-yield commercial agriculture that involves inputs such as synthetic fertilizers and pesticides) to organic and regenerative farming, without fully defining what she means by regenerative. In the same chapter, she advocates for rewilding and reforesting land that has been used for agriculture. These two ideas may in fact be in direct opposition: organic agriculture on average produces lower yields than conventional farming, meaning that organic farmers would require more land to produce the same amount of food. How can agricultural land be returned to a more wild state if farmers end up needing more land for agricultural production?

In fact, conventional agriculture’s world-leading efficiency has helped protect and rewild land that would otherwise be dedicated to crop production. In the United States, efficiency improvements from technological advances in conventional agriculture have drastically limited the total land use of crop production, reducing the amount of land needed to feed an individual by almost half over the past 60 years and preventing runaway land-use change for agricultural production. If US agriculture were to take Batini’s suggestions, much of that progress could be lost.

Producing food at scale involves these kinds of difficult tradeoffs and challenges, which are given scant attention in the book. Environmental geographer Ruth DeFries’s chapter, in which she examines the impact and role of livestock in developing countries’ food systems, is an exception. As DeFries notes, many of agriculture’s environmental impacts in developing countries—land-use change, biodiversity loss, and freshwater use—are largely driven by animal husbandry. Yet meat can be an important source of nutrients for consumers and income for farmers, and meat consumption is expected to rise in low- and middle-income countries as they become richer.

The World Food Programme’s Divya Mehra and her coauthors hint at a way to resolve this dilemma in their chapter on food demand in less advanced economies, but they refrain from explicitly describing the tension between ecological protection and economic and nutritional needs. They point out that although achieving adequate diets in developing countries may come with environmental costs, high-income countries could offset those impacts by shifting to plant-based diets. There are also economic costs: Mehra and her coauthors admit that eating sustainably and nutritiously would require more than half of the population to substantially increase food expenditures.

But the policy solutions that DeFries and Mehra put forward are refreshingly pragmatic: use technology to improve the sustainability of food production, lower the cost of nutritious foods with production optimization, fortify foods to increase nutritional content, and build farmers’ resilience to climate change with social protections such as subsidized crop insurance. Policy proposals such as these are the strongest aspect of the book.

It is in the nuts and bolts of economic and food policy that The Economics of Sustainable Food makes its main contribution to debates about sustainable agriculture. Ranging from tax and subsidy reform to R&D and innovation initiatives, the policy recommendations—included in almost every chapter—are detailed and expansive.

In Batini’s own chapters, her economic insights and experience with national policymaking are clear. For example, the six pages of policy recommendations included in her chapter on “Greening Food Demand in Advanced Economies” engages with taxes on unhealthy food and subsidies or tax credits for healthy food; tax bonuses for good health; public-private partnerships for nutrition-related R&D; medical system and health care reform; labeling requirements and advertising regulation; and even education reforms. Although rosy in her assessment of political possibilities, Batini teases out the intricacies of the policies while demonstrating the overlap between more targeted recommendations, such as food labeling, with broader but effective interventions, such as health care reforms that integrate nutrition into health metrics.

To improve the sustainability of the food supply, Batini explains the importance of public investment to advance green agricultural technologies and emerging practices. Public R&D support is crucial and often overlooked. Using previous literature and modeling, researchers at the Breakthrough Institute and Purdue University found that doubling agricultural R&D spending in the United States between 2020 and 2030 could reduce greenhouse gas emissions by more than 100 million tons (equivalent to a sixth of US emissions) and reduce global food prices by about 8%.

Batini and the other contributors’ value-add doesn’t stop at an evaluation of theoretical policies. Alongside their diagnoses of current problems, potential solutions, and policy recommendations, The Economics of Sustainable Food contains a rich set of case studies in existing food and agriculture policy reforms. These studies infuse the book with more particular and nuanced political economic analyses, effectively concretizing some of the authors’ more abstract perspectives.

In the chapter on eliminating food waste, for instance, the World Bank’s Geeta Sethi and her coauthors look at the complications of reducing rice loss and waste in Nigeria and Vietnam. They argue that preventing food waste would actually have different benefits in each context. Avoiding rice crop losses in Nigeria could provide increased calories to a relatively food-insecure population, whereas similar practices in Vietnam, where hunger rates are lower, could reduce the environmental costs of the country’s large rice industry.

And yet, many of the reforms described in other case studies can’t be scaled. Examples from regions and countries with more aggressive food policies, made possible by specific historical and political contexts, are helpful in imagining alternatives—but they bear little relevance for developing policies globally, let alone for creating policies in difficult political and economic contexts.

The Himalayan nation of Bhutan, for example, appears twice in the book. DeFries discusses the kingdom’s commitment to an agricultural system that is 100% organic. The country appears again in Batini’s chapter on land conservation because of Bhutan’s efforts to preserve its forests: the kingdom declined World Bank aid for a hydroelectric power project on the Manas River to protect a major forest conservation area, and Batini celebrates this as a major victory for conservation. But to use Bhutan in these case studies is to neglect the fact that the South Asian nation is a true outlier; not only is Bhutan geographically isolated and tiny in terms of size and population but it’s one of the few countries in the world that could or would decline developmental aid for renewable electricity access to protect forests. What happens in Bhutan simply cannot be replicated in almost any other context.

Still, the book captures well the environmental, economic, and health-related externalities of agriculture. Modern food systems come with massive consequences, necessitating a transformation towards a more sustainable and healthy agricultural system. In our capacities as analysts at the Breakthrough Institute, we have roughly quantified the environmental and public health costs of animal agriculture for the American public as at least $388 billion a year. These costs certainly provide an incentive to improve the food system but are not necessarily justification for a disavowal of industrial and modern agricultural practices altogether.

Some modern practices and techniques are beneficial in terms of efficiency, cost, and environmental footprint. With its cold storage facilities, irrigation systems, processing infrastructure, genetic engineering, and modern livestock systems, the United States could use its resources and know-how to help other countries reduce their dependence on food imports and increase agricultural self-sufficiency and resiliency in the face of climate change.

The Economics of Sustainable Food is a useful resource. In describing a global vision for a sustainable food system, the contributors define policy options and introduce a broad array of technologies, solutions, and practices with real-world examples. But readers should approach the purported solutions and sustainable farming practices that the volume advocates with a skeptical eye as to how well they can scale to the magnitude of the global problems of hunger, agrarian poverty, and livestock’s environmental footprint. 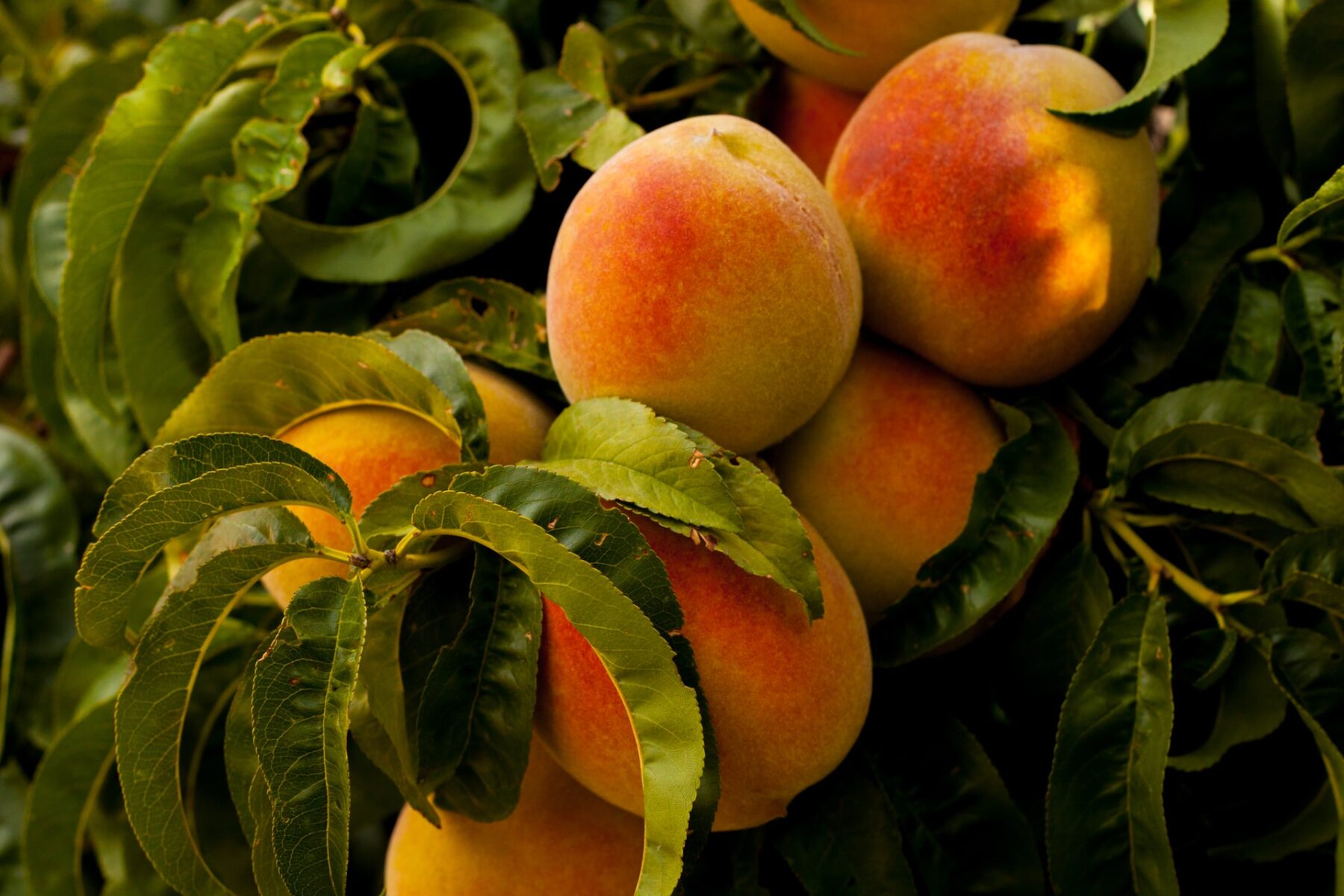 In the latest episode of The Ongoing Transformation, Cynthia Greenlee talks about the role of technological innovation, storytelling, and myth in regional transformation. 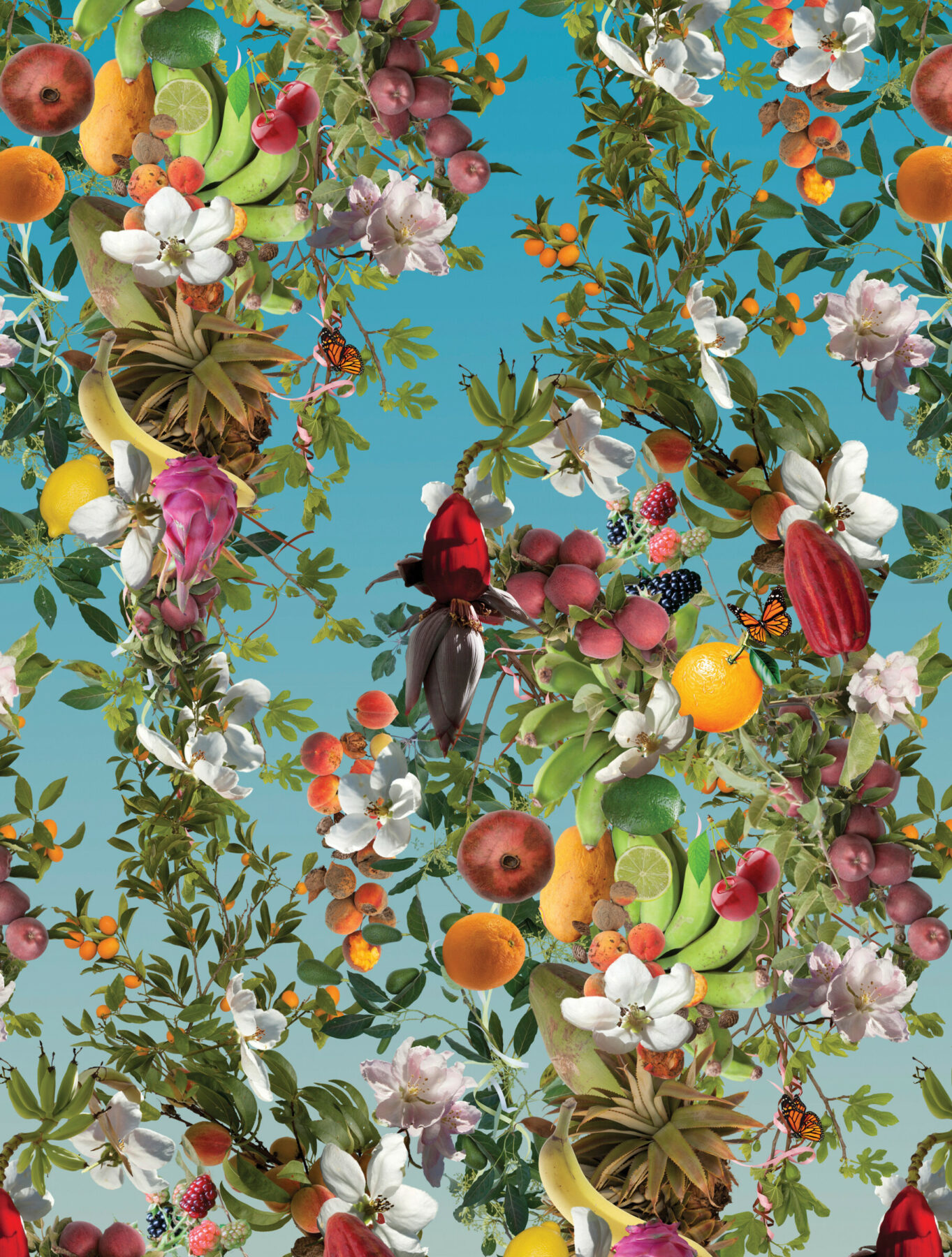