What Lies Beyond the Politics of Pure Science?

On the face of it, August 2022 was a dream come true for science funding. Long-awaited and much debated bipartisan legislation was signed into law on August 9 as the CHIPS and Science Act, allocating $180 billion for research and development over the next five years. The act includes $81 billion for the National Science Foundation (NSF), of which $20 billion is headed for the new Technology, Innovation, and Partnerships directorate to invest in “strategic translational science,” and $52 billion is intended to boost US semiconductor manufacturing. Then came the Inflation Reduction Act, which became law on August 16, with $370 billion for climate and energy projects, including billions for research and development on high energy physics, nuclear physics, energy sciences, and other areas.

Although these bills involve a lot of money—provided it’s eventually appropriated—they don’t amount to a return to the funding levels of the Cold War. Instead, they’re indicative of a new approach, toward funding research and development that delivers specific outcomes for the United States—jobs, secure supply chains, protection against floods, and cleaner energy sources, as well as social objectives such as equity. This shift to more results-driven funding is also a move toward something deeper and harder to measure: a different relationship between science and society.

Part of my summer reading was science journalist Daniel Greenberg’s 1968 book, The Politics of Pure Science. By “pure science” Greenberg specifically meant basic research, noting that the “non-pure” variety, which then included applied science and technology in space, nuclear power, and military technology, had a different politics. One aspect of the politics of pure science, according to Greenberg, was that it was supported by society but not governed by it—not only because it was said that the judgement of “laymen” was irrelevant to its conduct, but also thanks to a bipartisan belief that political considerations might ruin the research.

Greenberg examined the hold that pure science had on the culture of science as well as on the political class, focusing on what he described as a “fundamental political dilemma”: “Patronage, public and private, comes to basic research for many reasons—but the strongest reason is a belief that utilizable results may ensue. However, the motives of the recipients of the basic research funds only partially overlap with the utilitarian motives of the patrons.”

In the very long time since Greenberg wrote his book, this somewhat faith-based support for basic science has proved durable. This summer, though, at least parts of the CHIPS Act suggest that the political community may be moving to a new frame of mind. In policymakers’ search for results, science’s old “political dilemma” may fall by the wayside. But what will replace it?

I got a glimpse of what the new politics of science might look like at the White House Summit on Biotechnology and Biomanufacturing, held on September 14, following an executive order issued two days earlier. The event included representatives from the Office of Science and Technology Policy (OSTP), the president’s national security advisor, two cabinet secretaries, the leader of NSF, and a senator and a congressperson, among many others from government, academia, and industry. All were there to support a “whole of government approach” to biomanufacturing, which speakers estimated could grow to a $30 trillion industry by the end of the decade. Biomanufacturing would supply new chemicals, food, energy, and military tools—as well as more esoteric applications including, as Deputy Secretary of Defense Kathleen Hicks remarked, “spraying an algae-based substance on a patch of dirt and watching it grow in a matter of minutes into a landing pad hard enough to safely take-off and land a helicopter.” This shift to domestic biomanufacturing is also expected to deliver, as Secretary of Energy Jennifer Granholm put it, “all kinds of jobs for all kinds of people in all pockets of the country.”

National Security Advisor Jake Sullivan explained that “this new industrial strategy” is aimed at using science and technology to create jobs and secure supply chains in the United States: “Maintaining and strengthening our comparative geostrategic advantage abroad rests on replenishing, reinvigorating our own reservoir of strength here at home.”

This argument sounds superficially familiar—it runs on the well-worn rails of Cold War-era support for science—but it’s a different train. The old argument for science spending for national security was premised on gaining military superiority, but today’s is about shoring up economic and strategic vulnerabilities inherent in everyday life. Semiconductors are famously ubiquitous—found in computers, cars, games, wheat combines, fridges, vacuums. Over the last decade, it’s become common to say that things have become “weaponized” through misuse by bad actors; but people are experiencing a new phenomenon where their surroundings are “targetized,” and they’re learning to see the stuff of daily life—computer chips, food, energy sources, even vitamins—as objects in a web of interlocking instabilities made fraught by geopolitical competition. Central to the new politics of science is that this vulnerability demands innovation, resilient domestic supply chains, and jobs for all kinds of people.

Clearly, delivering these outcomes will require government steering to coordinate research, investment, and manufacturing. Another panelist, Senator Mark Warner (D-VA), addressed industrial policy directly by saying that it “used to be a dirty word,” before suggesting that it’s now a bipartisan way forward. He sees the CHIPS and Science Act, with its explicit funding of industry, as a possible model. The “quasi-industrial policy that we’ve seen in CHIPS we may need to do in bio[manufacturing]; we may need to do in advanced energy; and we may need to do in AI and quantum. And building that bipartisan coalition is terribly important.”

If industrial policy turns out to be the basis of a bipartisan politics of science going forward, it will reflect a new understanding of the world and the place of science and technology in it; one where the “utilizable results” of the old dilemma are in the foreground. And in this atmosphere, Warner said, a bipartisan framing of problems means uniting, for instance, around “advanced energy” rather than “climate change.” Society has continued to fund science, but the old rules about politics, the judgement of citizens, and utility are shifting dramatically.

Some of these shifts will be problematic, but others may be overdue. One of Greenberg’s observations about the separation between society and research struck me as old-fashioned and almost Dickensian—as though the public were orphans with their noses pressed against the glass of science’s candy shop. “The knowledge embodied in a scientific paper is neither useful, salable, nor patentable until it is transformed into a technique, a material, a pill, or some other tangible form. Thus, when the public is asked to support science, it is, from its own scientifically illiterate perspective, being asked to support the production of incomprehensible intangibles.” A public that can call up those papers on very “tangible” smartphones will have a different set of expectations.

In this edition of Issues, OSTP’s Alondra Nelson, Christopher Marcum, and Jedidah Isler introduce a vision for opening science to enable broader participation. Beyond making scientific papers more accessible, this vision is also about changing what science is done and by whom. “Open science has been part of ongoing efforts to expand public access, including democratizing the ability to set research agendas, to ask the important questions, and to generate and use knowledge.”

To understand what the evolving relationship with society will mean for the science and technology (S&T) community, we have gathered a collection of five essays exploring how the CHIPS Act can deliver on its promises for competition with China, manufacturing and workforce preparedness, place-based development, and sustainability—and whether it marks “an inflection point” for America’s technological leadership. Steve Currall and Venkatesh Narayanamurti caution that “to achieve the act’s promise, leaders of federal agencies, industry partners, academic thought leaders, philanthropic institutions, and nonprofit organizations must converge on a renewed social compact that advances a bold vision for America’s technological leadership.”

In a similar vein, the Issues interview features economist Anne Case, who explains how the loss of good jobs since the late 1970s has contributed to an increase of “deaths of despair” among workers without college degrees. Case’s analysis argues that policymakers should focus on building jobs “with a ladder up” so workers feel that they’re contributing to society, along with health care reform.

And Julia Lane explains how 2018’s Foundations for Evidence-Based Policymaking Act has spurred an effort to make more government data available and accessible so that it can be used to provide evidence for policymaking. “It’s [now] possible to measure the links between S&T investments—including in critical technologies—and resulting economic activity by looking at the career outcomes of graduate students and postdoctoral researchers, and at the growth of companies that provide goods and services related to research grants.”

In a collection of three essays, authors explore how research can be brought to bear on social needs. Brittany Whitley and Rachel Owen explain how a group of graduate students set up a fellowship to supply Missouri’s state legislature with nonpartisan “science notes.” Collaborating with an interdisciplinary group to combat Valley fever led early-career researcher Anh Diep to leave the bench for the comparatively speedy world of policy in California. And for more than a decade, a group of researchers in Maine have worked with coastal communities, gaining insights into how university-community collaborations can strengthen deliberative and democratic practices well beyond the mudflats where they meet. “For us, these practices involve listening and responding across differences (the deliberative part) and finding ways to make shared decisions and take joint actions, knowing that complete agreement or mutual understanding may never be possible (the democratic part).”

This highlights another change in the science-society relationship: today’s researchers must juggle multiple identities of science communicators, fundraisers, diplomats, and entrepreneurs. In her essay on the need for more institutional support for researchers, Candice Wright reflects, “From our vantage point at the Government Accountability Office … the key to reinforcing trust in the research profession as it navigates this transformative paradigm shift is to uphold standards, values, and strong research practices.”

If science is to deliver more for society, might science and engineering learn what it is that society wants—and who society is—by embracing the humanities to help in the creation of knowledge and its application? In their essay about bringing the humanities into science, technology, engineering, mathematics, and medical education, Kaye Husbands Fealing, Aubrey Deveny Incorvaia, and Richard Utz argue that “the question of whether science policy ‘works’ is not only a question of whether the right number of widgets are produced or whether projections turned out to be correct, but rather whether the policy meets the greater aspirations of the society in which it is embedded.”

Demonstrating their point, an art feature called Arctic Ice shows the results of a unique collaboration between artists and scientists who created new types of monitoring equipment that led to better understanding of how icebergs behave. This collaborative work, along with more art, book reviews, and poetry, can all be found in the following pages of our Fall edition. 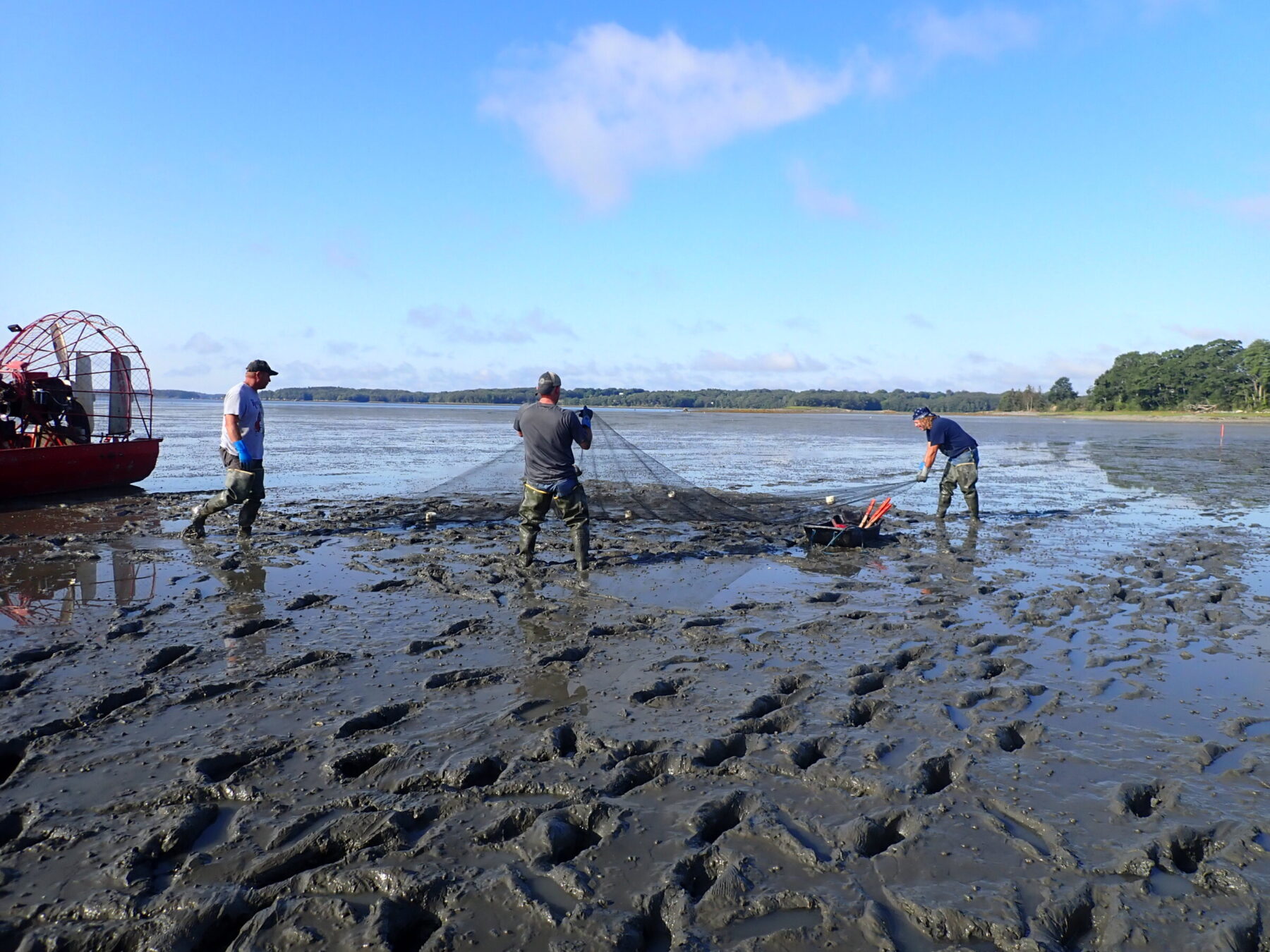 Collaboration on the Mudflats

Collaboration between communities and experts requires ongoing negotiations of differences and extended deliberations about where to focus and how to change efforts over time. This is long-term work that requires learning how to inhabit and cross multiple worlds to try to identify how they might connect, and also to learn how to move differently within each. 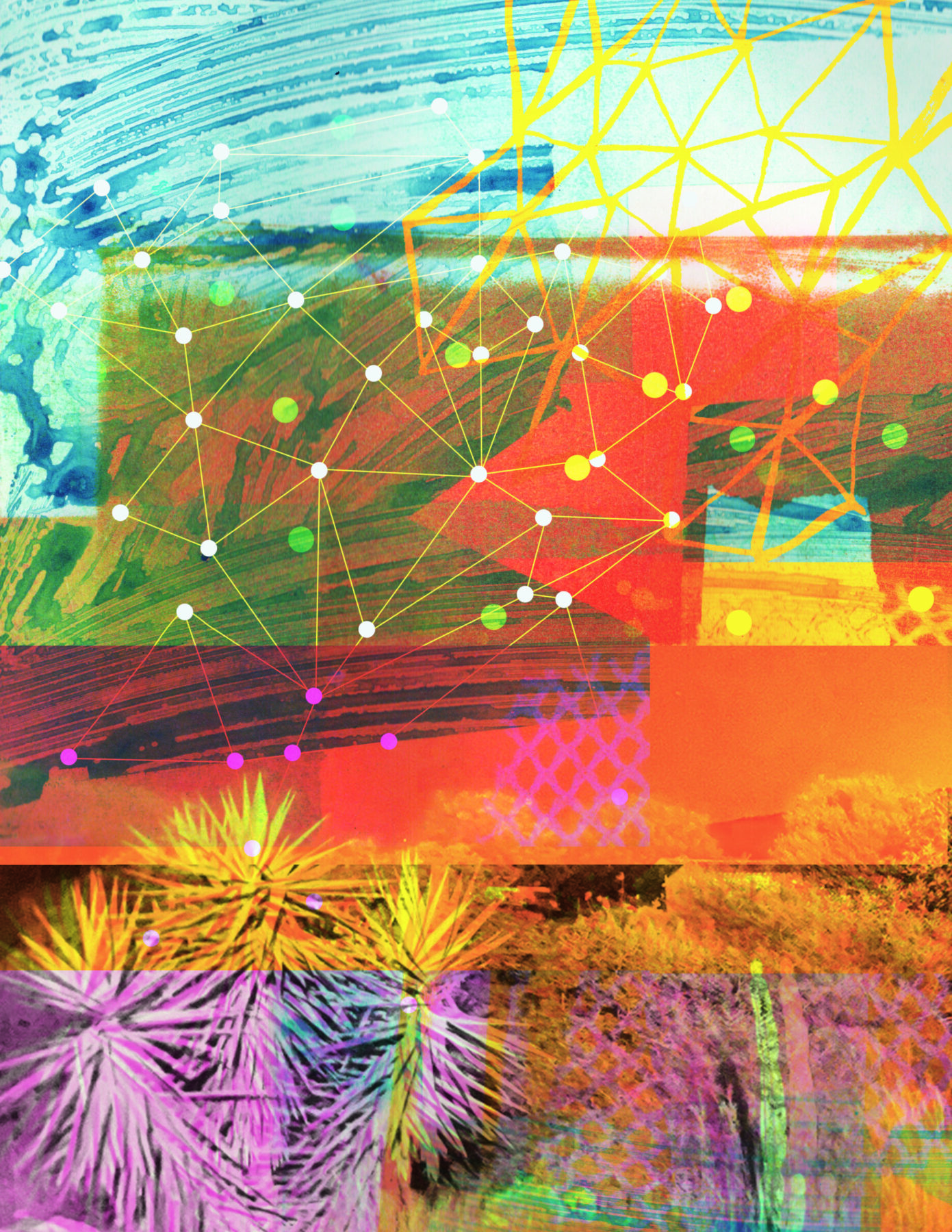