Are Cops on the Science Beat?

In “The Science Police” (Issues, Summer 2017), Keith Kloor alleges that self-appointed sheriffs in the scientific community are censoring or preventing research showing that the risks from climate change are low or manageable. His complaint draws support from scientific articles that, he claims, suggested that “a main avenue of climate research (natural variability) should be ignored” and that discouraged climate scientists from investigating a recent phenomenon often identified as a “pause” or “slowdown” in the rate of global warming.

We authored those articles, and we stated the exact opposite. Contrary to Kloor’s fabricated claim, we encouraged research on natural climate variability, including the recent alleged slowdown in warming.

The idea that warming has paused or stopped originated with contrarian opinion articles in the media—rather than in the scientific literature—but it was picked up by researchers and assumed the status of a significant scientific phenomenon. To date, more than 225 articles have been published on the issue.

When the recent slowing in warming rate is subjected to thorough statistical analysis, a number of articles—including ours—concluded that the data do not justify the notion of a pause or hiatus in global warming. Warming clearly slowed at some point early during the twenty-first century, in the same way that warming accelerated at other times, such as during the past four to five years, but it never stopped or paused in a statistically meaningful sense. Thus we argued that the terms “pause” and “hiatus” were misleading.

That said, it would be impossible to draw any conclusions about a pause or its absence without research on the nature and causes of global temperature fluctuations. That is why one of our articles cited by Kloor contained an entire section titled “the merits of research on the pause.” This section noted that “The body of work on fluctuations in warming rate has clearly contributed to our understanding of decadal variations in climate.” We went on to specify some achievements of that research.

In another publication to which Kloor refers, we stated unambiguously that “Our conclusion does not imply that research aimed at addressing the causes underlying short-term fluctuations in the warming trend is invalid or unnecessary. On the contrary, it is a legitimate and fruitful area of research.”

We were, however, concerned about the way the slowdown in warming gained a foothold in the scientific literature under the label “pause” or “hiatus,” without much statistical support. We argued that this might have arisen as a consequence of the “seepage” of climate denial into the scientific community. That is, we argued that although scientists are trained in dealing with uncertainty, there are several psychological reasons why they might nonetheless be susceptible to contrarian argumentation, even when scientists are rebutting those arguments. For example, the constant mention of a “pause” in political and public discourse may cause scientists to adopt the term even if its meaning is either ill-defined or inappropriate, and even if the notion has little statistical support.

Far from discouraging scientists from pursuing any particular line of research, our work provided pointers to assist scientists in avoiding rhetorical traps set by politicians and political operatives in the future.

As we have shown elsewhere, contrarian discourse about climate science is incoherent and misleading, and suffused with rhetorical tools aimed at disparaging climate science and climate scientists. Kloor’s fanciful specter of a “science police” was partly based on claims about our work that were reversals of what we actually said. The science police concocted in this way is thus another rhetorical tool to discredit those who defend the boundary between science and pseudoscience or politics. The science police label facilitates the kind of seepage we recently observed relating to the “pause.” Why a respected journal such as Issues in Science and Technology chose to publish such misrepresentation without fact-checking is a topic for further discussion.

Keith Kloor raises important concerns, but is not able to arrive at a clear conclusion about what, if anything, ought to be done about those problems. Though he presents a handful of alarming anecdotes, he cannot say whether these represent the exception or the rule, and it makes a difference whether scientific discourse mostly works, with a few glaring exceptions, or is pervasively broken.

Real life does not distinguish as clearly as Kloor attempts to do between scientific and ideological considerations. The article by Roger Pielke in FiveThirtyEight, which Kloor discusses at length, certainly attracted ideological responses, but it was also widely criticized on scientific grounds. Pielke and his critics, such as William Nordhaus, have published arguments for and against in peer-reviewed journals. For those who sincerely believe that someone’s methods are deeply flawed and his or her conclusions factually incorrect, it is not an act of censorship, but of responsible peer review or journalism to not print that work. To do otherwise risks contributing to the phenomenon Maxwell Boykoff and Jules Boykoff call “Balance as Bias.”

However, drawing a bright line between responsible policing for accuracy and irresponsible policing for ideological purity is often impossible. In The Fifth Branch, Sheila Jasanoff distinguishes “research science” (narrowly disciplinary with strong consensus on methods) and “regulatory science” (intrinsically interdisciplinary, with experts holding diverse views about the soundness of methods and also strong political views). In regulatory science, such as research on climate change, what some see as purely scientific judgment that certain work is shoddy may seem politicized censorship to others.

In Science, Truth, and Democracy, Philip Kitcher considers whether some scientific questions, such as hereditary differences in intelligence, ought not to be pursued because of the potential for even solid empirical results to be misused politically. Kitcher argues that certain research ought not to be done, if it is likely to cause more harm—through political abuse of its results—than good. However, he also recognizes that censorship would likely cause even more harm than the research. He concludes that the question whether to undertake a potentially politically dangerous line of research should rest with the conscience of the researcher and not with external censors, however well-intentioned.

It is important to keep outright falsehoods out of journalism and the scientific literature. Creationism and fear-mongering about vaccine safety do not deserve equal time with biological and medical science. But in matters of regulatory science, where there is not a clear consensus on methods and where it is impossible to strictly separate factual judgments from political ones, the literature on science in policy offers strong support for keeping discourse open and free, even though it may become heated. But it also calls on individual scientists to consider how the results of their research and their public statements about it are likely to be used.

Department of Earth and Environmental Sciences

Imagine you’re a postdoctoral researcher in a nonempirical discipline, and you draft a paper with conclusions contrary to the dominant normative beliefs of most of your field’s senior scholars. Despite your confidence in the article’s rigor, you may be apprehensive about submitting, lest it get mired in critical peer review or—even worse—you develop a reputation harmful to your career. The safe course would be to remain within the boundaries of the accepted range of discourse, not submitting the draft.

The evaluation—actual or merely feared—of scholarship based in part on its congruency with prevalent assumptions and politics has led to accusations that some nonempirical disciplines are vulnerable to groupthink and cycles of fashionable leading theories. This is troubling, both because of the increasing political homogeneity of these fields’ members and because output in these subjects can improve the understanding of society

Researchers in empirical fields may believe that their research is not so vulnerable. Of course, empirical research is generated and assessed by humans with prejudices and desires, both conscious and unconscious, and has never been fully immune to biases and recalcitrant dominant paradigms. Yet political debates can and sometimes do infringe on scientific processes in ways that are more systematic and widespread, and carry greater risks, than the occasional biases of individual researchers and reviewers.

Keith Kloor draws attention to such a phenomenon in the natural sciences. He describes how the vigilant monitoring of science for its political implications is strongest in “highly charged issues,” especially climate change. One way in which such policing of the climate change discourse is most evident is the expanding application of the “climate change denier” label. In recent years, the smear has been levied at a growing cohort: from those who are appropriately skeptical of some conclusions within climate science; to those who emphasize the high expected costs of dramatically abating greenhouse gas emissions; and to those who note that nuclear power is an essential, reliable, scalable, zero-carbon energy source.

If Kloor is right—and I believe he is—about this Manichean, with-us-or-against-us approach, then papers in line with peers’ political views will be gently reviewed, whereas those outside of them will be more rigorously scrutinized. The obvious consequence will be lower quality scientific output. In the case of climate change, this will likely also result in suboptimal decision making and policies.

The less obvious risks are political. Those who have been labeled deniers may find a more conducive audience for their conclusions among those who fully reject anthropogenic climate change, strengthening the latter constituency. Those who oppose policies to prevent climate change may take advantage of climate scientists’ internecine fractures. Those who approach climate change as novices may be discouraged by the dogmatism.

Given the stakes to humans and the environment, I believe that scientists are obligated to develop lines of inquiry, conduct research, submit articles, and conduct peer review as free as possible from ideological boundaries. 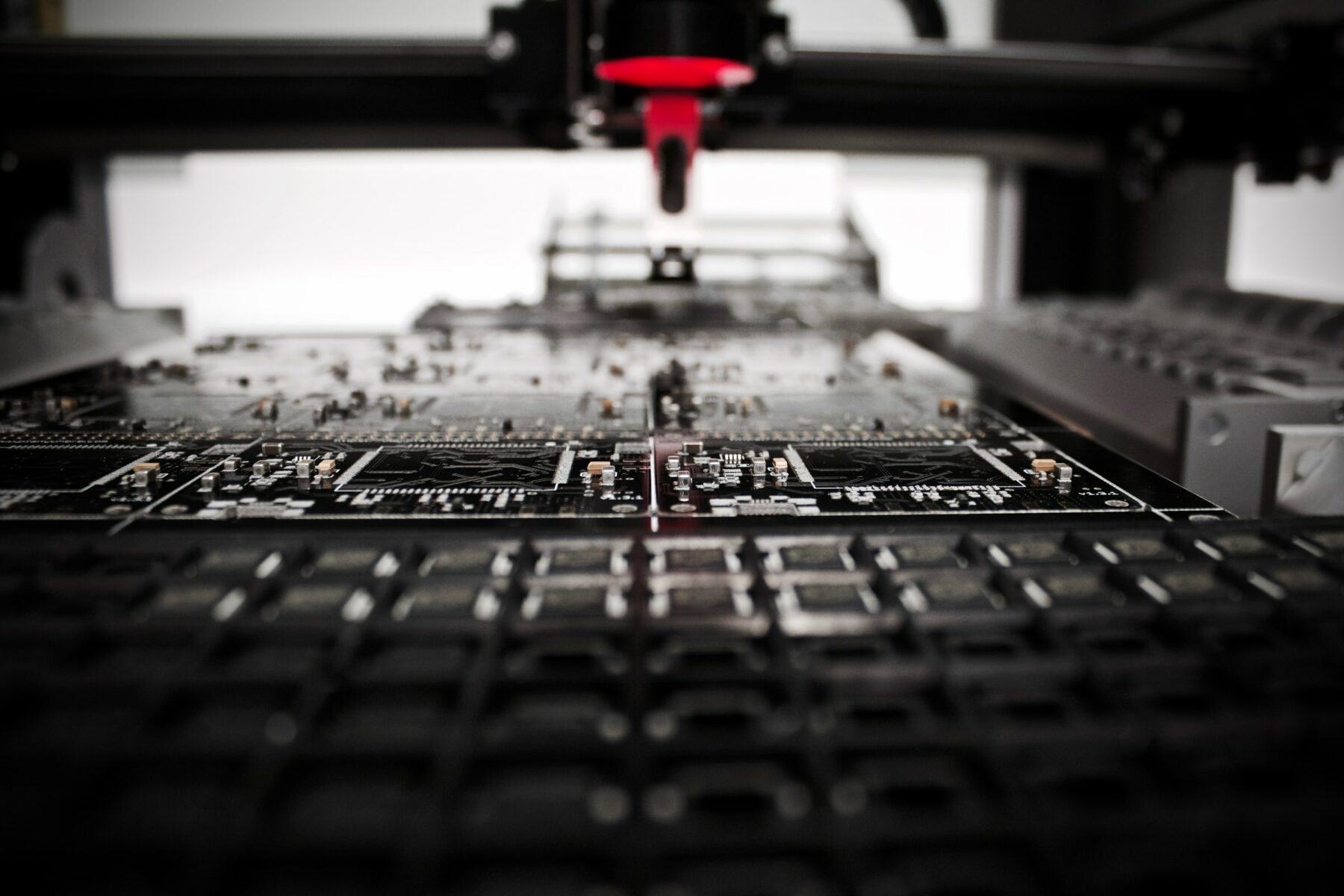 What Do China’s Scientific Ambitions Mean for Science—and the World?

Apart from strategic and competitive concerns, how China builds on its scientific position and whether it assumes a leadership role in the world’s scientific community to work on global problems such as climate change or pandemics will be felt everywhere. 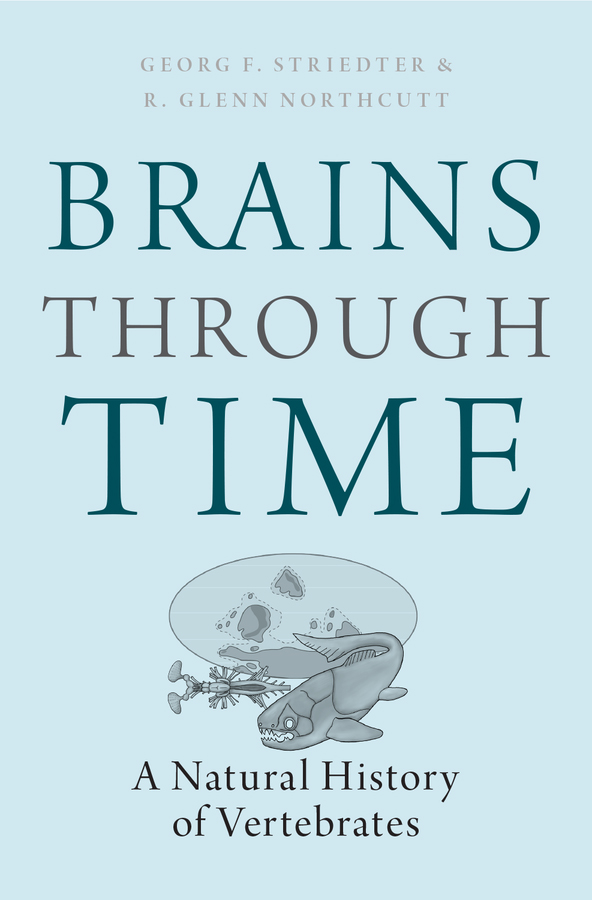 Evolving Our Understanding of the Brain

Is a true understanding of the brain, with all its majesty and foibles, possible without the lens of evolutionary biology?