The NAS Building at Dusk 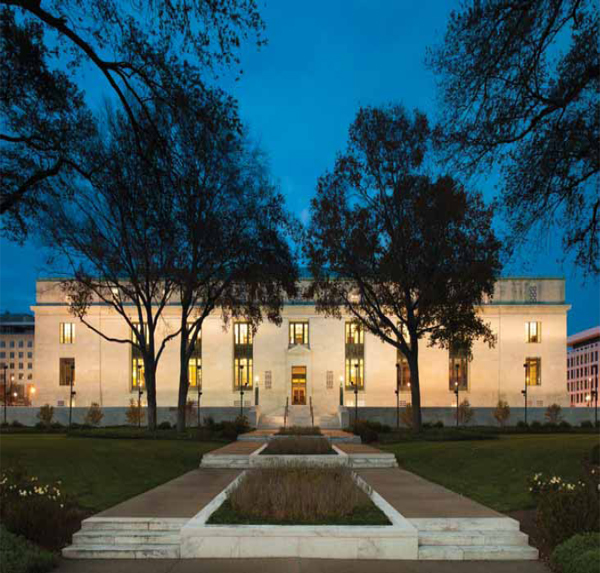 The National Academy of Sciences is a private, non-profit society of distinguished scholars. Established by an Act of Congress that was signed by President Abraham Lincoln in 1863, the NAS is charged with providing independent advice to the nation on matters related to science and technology. The NAS celebrates its 150th anniversary in 2013.

The National Academy of Sciences Building, depicted here, opened in April 1924. It closed in 2010 for the restoration of its historic core, renovation of later additions, and installation of new communications networks, and electrical, heating and ventilation equipment. It reopened in April 2012.