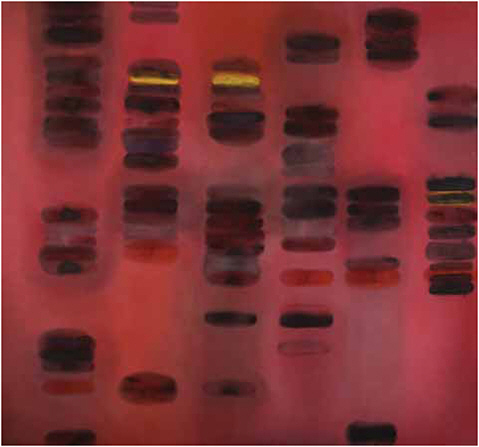 Dennis Ashbaugh was among the first contemporary artists to incorporate genetic imagery into his work. His large-scale paintings based on autoradiographs fuse the traditions of abstract art with cutting-edge scientific imaging technology. He is interested in technology’s ability to translate a hidden reality into a visible pattern, to reveal the inner code beneath appearances. Ashbaugh is a Guggenheim Fellowship recipient. The Institute of Modern Art in Valencia, Spain, mounted a retrospective of his work in the fall of 2007, following an exhibit of his work at the National Academy of Sciences.