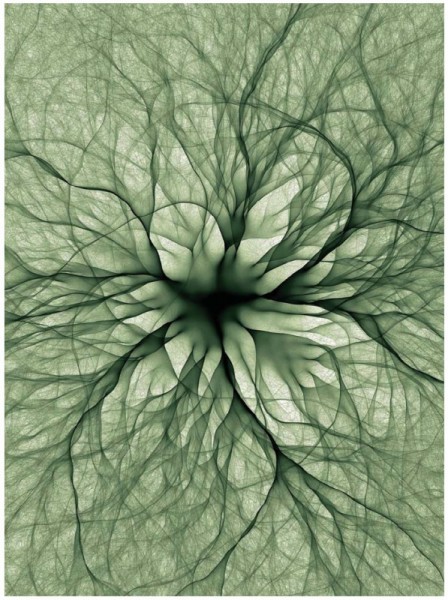 Transport II shows a theoretical simulation of the flow pattern for electrons traveling over a nanoscale landscape. The total area seen here corresponds in size to a typical bacterium and represents the tracks of about 200,000 individual electrons. Each electron, treated as a classical point particle, was launched from the center and given a unique starting angle. The angles were evenly distributed over 360 degrees. Each track built up grayscale density to any pixels it passed by, thus the darkest areas depict domains where many electrons traveled.

Eric Johnson Heller lives in Cambridge, Massachusetts. He is a member of the physics and chemistry faculties of Harvard University.