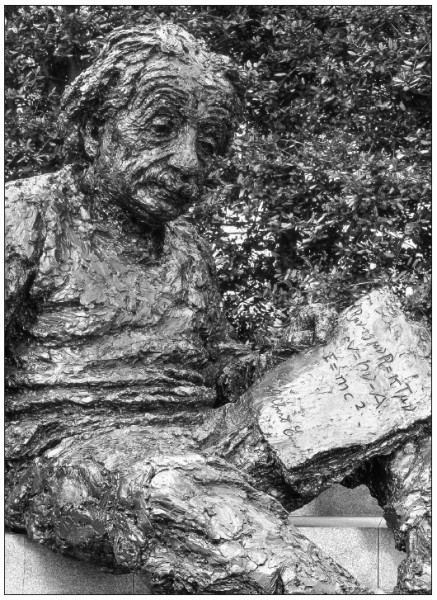 One hundred years ago, Albert Einstein received his doctorate in physics from the University of Zurich and quickly made an indelible mark on the field. He published three papers that year. The first explained photoelectric effect by suggesting that light be thought of as discrete packets, or quanta, of energy particles. (In 1921 he was awarded the Nobel Prize for this work.) The second presented his special theory of relativity and contained the famous equation E=mc2, which provides the foundation for the development of atomic energy. The third virtually demonstrated the reality of atoms by showing that Brownian motion—the irregular movement of particles suspended in a liquid or a gas—is a consequence of molecular motion. At the age of 26 he had established himself as a scientist for the ages.

He went on to a brilliant career that included at least one other epochal paper, his 1916 discussion of gravitational fields in “The Foundation of the General Theory of Relativity.” When Hitler and the Nazis came to power in Germany in 1933, Einstein emigrated to the United States, where he joined the newly formed Institute for Advanced Studies at Princeton. He died in 1955.

Einstein first visited the National Academy of Sciences in 1921, when he spoke at the annual meeting, and he was named a foreign associate in 1922. He was elected to full membership in 1942, after becoming a U.S. citizen. In 1979, to commemorate the centennial of Einstein’s birth, the National Academy of Sciences erected on its grounds the four-ton bronze statue of Einstein that is pictured above.