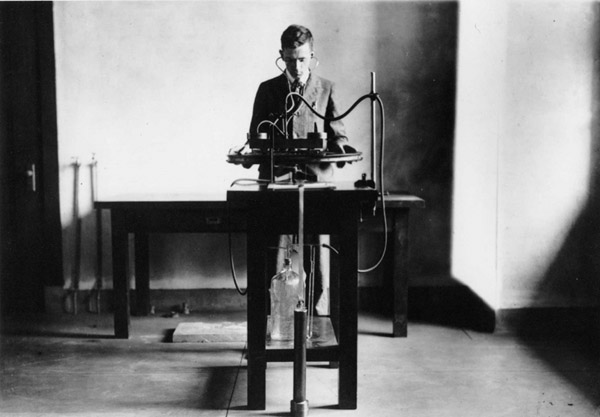 Before There Was Radar

During World War I, armies on both sides used sound location to detect enemy aircraft flying out of visual range. The job required observers competent in localizing moving sources of sound. In order to test and train prospective sound locators, University of Iowa physicist George Stewart, working under the auspices of the National Research Council, devised a test apparatus called an operations recorder, pictured above. The device, which used available materials such as a bicycle wheel and stand, rubber tubes, a wooden trough, and standard army geophones, recorded both the location of moving sound (created by bubbles of air passing through water) and the test subject’s estimates of their location.