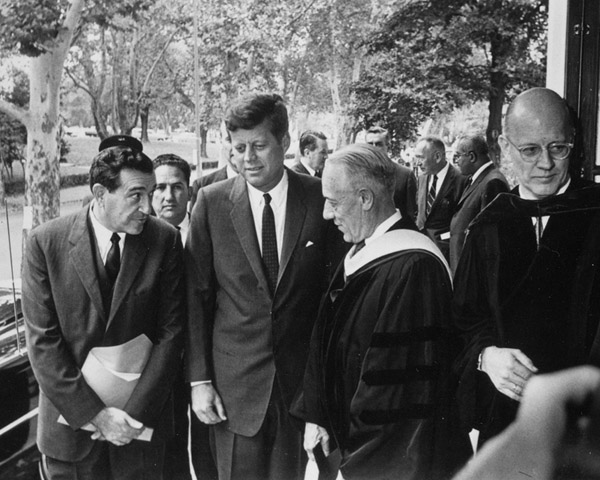 In October 1963, the National Academy of Sciences (NAS) held a centennial celebration to observe its 1863 founding. Four days of scientific sessions and events were highlighted by the October 22 Centennial Convocation at Washington’s Constitution Hall. President John F. Kennedy’s Centennial Address was preceded by a colorful academic procession of NAS members and delegates from U.S. and international academic and scientific institutions. NAS President Frederick Seitz introduced the president by linking his attendance and support to the role of Abraham Lincoln in the Academy’s founding. President Kennedy’s talk on “A Century of Scientific Conquest” was one of his last formal speeches.