An Archeology of Knowledge

In recent years, much thought and research has been devoted to the visualization of information and “big data.” This has fostered more interactions with artists in an attempt to uncover innovative and creative ways of presenting and interpreting complex information. 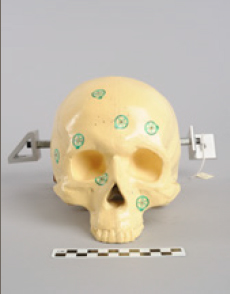 How meaning and knowledge are structured and how they are communicated through objects has long interested artist Mark Dion. In Dion’s installations, everyday objects and artifacts are elevated to an iconic status by association with other objects. Visual meaning is established in much the same way that a natural history collection might reveal information about the specimens it contains. Indeed, Dion’s work harks back to the 17th century “cabinet of curiosity,” where objects were collected to consider their meaning in relationship to other artifacts.

“An Archaeology of Knowledge”, a permanent art installation for the Brody Learning Commons, the Sheridan Libraries & University Museums, The Johns Hopkins University. Below is a selection of artifacts from the cases and drawers: 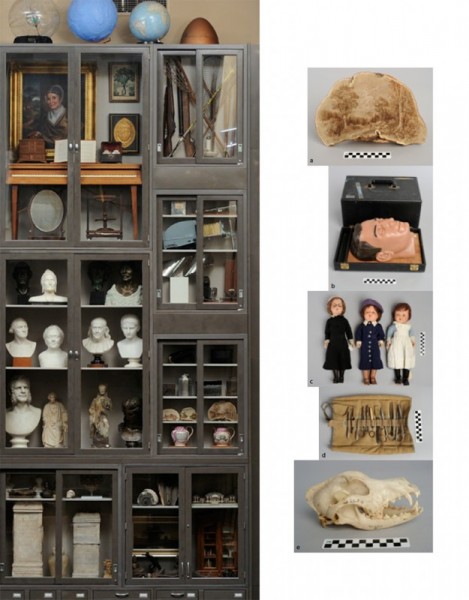 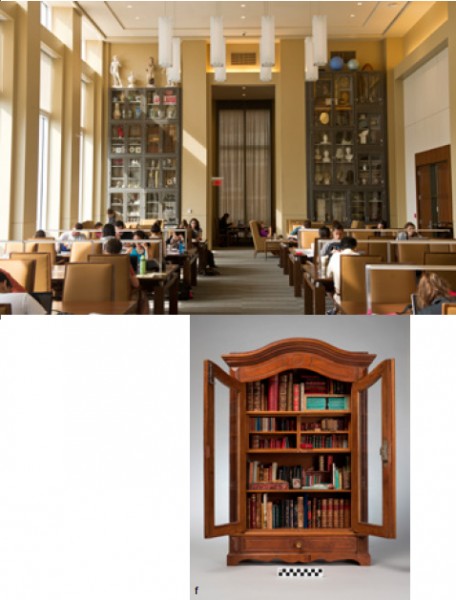 In 2011, Johns Hopkins University (JHU) commissioned Dion to create an installation for their Brody Learning Commons, Sheridan Libraries, and university museums in Baltimore that would convey the institution’s diverse and expansive history. The installation featured here, titled An Archeology of Knowledge, sought to document and communicate information regarding hundreds of historic artifacts, works of art, and scientific instruments from across the collections and units of JHU and Johns Hopkins Medical Institutions. Elizabeth Rodini, director of the Program in Museums and Society at JHU, wrote that this work, “reveals the layers of meaning embedded in an academic culture….Although some of us…work regularly with objects, even we often fail to consider how these objects are accumulated and brought into meaningful assemblages.” 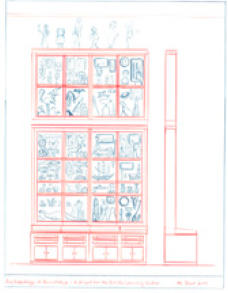 Some of the artifacts were gathered from intentional collections and archives from across JHU’s disciplinary divisions. Other objects were gathered by an extensive search by the artist, curator Jackie O’Regan, and other collaborators through storage vaults, attics, broom closets, and basements as well as encounters with individuals on campus who collected and even hoarded the “stuff” of knowledge that make up the material fabric of JHU. Even the cabinets themselves were a part of JHU history, repurposed from the Roseman Laboratory.

Dion writes, “This artwork hearkens back to the infancy of our culture’s collaborations across the arts and sciences, as each artifact takes on a more poetic, subjective, and perhaps allegorical meaning, all the while maintaining its original status as a tool for learning…. An Archaeology of Knowledge provides us with an awesome, expansive visual impression that evokes wonder, stimulates curiosity, and produces knowledge through a direct and variegated encounter with the physical world.” Dion’s work reminds us of the power of objects to convey meaning and to preserve history.

Below is a selection of artifacts from the cases and drawers, including: an early X-ray tube, a 16th century Mesoamerican stone face plaque, a 1st century Roman pedestal with inscription, early 20th century lacrosse balls, an anesthesia kit, and assorted pressure gauges and light bulbs. 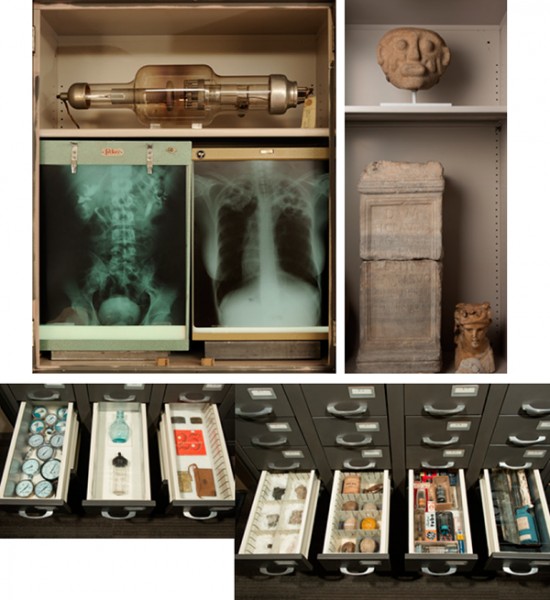 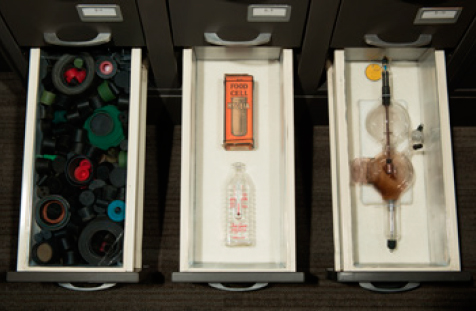 A selection of artifacts from the cases and drawers, including: Below: a late 18th century English linen press, an early 20th century practice clavier, and an 1832 portrait of “Mrs. Samuel Hopkins” by Alfred jab Miller that was commissioned by her son Johns Hopkins. 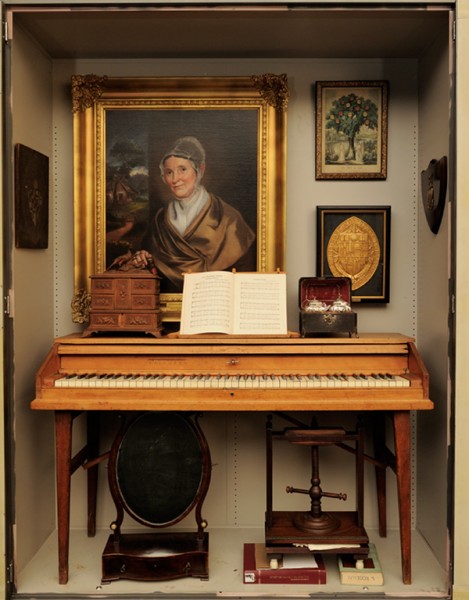 Below: various trophies and awards. 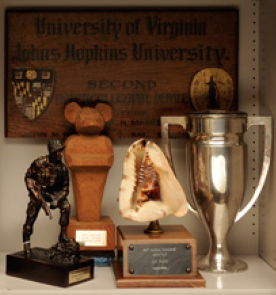 Mark Dion has exhibited his artwork internationally including at the Tate Gallery, London, and the Museum of Modern Art, New York. He is featured in the PBS series Art: 21. He teaches in the Visual Arts Department of Columbia University.

Images courtesy of the artist and Johns Hopkins University. Will Kirk/Homewood Photography, unless otherwise noted.