In “Progress Against Alzheimer’s Disease?” (Issues, Fall 2018), Robert Cook-Deegan recaps the remarkable confluence of policy, advocacy, and practice that helped transition care and caregiver respite from an isolated family endeavor to an expansive community-based approach. The article provides valuable insights that should help guide further progress that is urgently needed.

The Robert Wood Johnson Foundation (RWJF) in the mid-1980s identified dementia care and respite as a gaping void. As telling evidence, the neurologist David Drachman, an early researcher in Alzheimer’s disease who was cited in Cook-Deegan’s story, has said that he and his colleagues typically had two patients: the person with dementia and the caregiver. Similarly, Jerry Stone, who in 1980 helped form the Alzheimer’s Disease and Related Disorders Association, has said that he often wondered how most families could support the care his wife received for 15 years.

In early efforts to address dementia-related care and respite needs, the Office of Technology Assessment (OTA) staff, along with the group’s advisers and contractors, were a hub of expertise and advice, from science to finance, policy, and practice—this latter provided primarily by OTA staffers Nancy Mace and Katie Maslow. RWJF also identified 20 known specialized adult day care centers nationally from a list developed by the National Council on Aging. This nexus of federal, nonprofit, patient advocacy, and clinical resources, much of it orchestrated by the OTA, was invaluable.

RWJF, in cooperation with the Alzheimer’s Association and the federal Administration on Aging, established a program office at Wake Forest University codirected by Burton Reifler, the school’s chair of psychiatry (and a former RWJF Clinical Scholar), and Rona Henry. Many involved in the effort participated in the site visit and recommendation process. Visits revealed that centers had secured community-based space and were generally providing quality care, but their financial viability was always at risk, dependent upon charitable giving and bake sales primarily.

The program sought to determine if centers could expand dementia-specific services to participants and other community and in-home respite groups, provide services appropriate to various levels of disease severity, and become financially viable. Behavioral challenges meant that centers needed to keep their clients safe by preventing wandering, and also to provide meaningful and engaging care such as music, art, and cooking that drew on previously learned skills.

Rather than provide grant funds and expect sites to become self-sustaining, RWJF used a deficit-financing model. The original 17 sites received funds that gradually declined as site revenues increased. With continuous technical assistance, each site conducted marketing research to find out what people wanted and would be willing to pay for, and then expanded services accordingly. Center innovations included in-home, overnight, or weekend respite, with the centers providing care that was either daily, several days per week, or intermittent part-day. Grantees determined unit costs and pricing and used sliding scale and “scholarship” opportunities since public financing was absent. Grant funding for transportation expanded participation and was a predictor of success. The program also demonstrated that providing emotional and practical support to caregivers enabled many families to continue to care for members at home rather than turning to nursing homes.

Additional RWJF programs extended this effort, and more than 5,000 community-based services are now in operation. However, financing strategies and continued innovative expansion have lagged. They are acutely needed for participants and caregivers to benefit.

Those benefits are sometimes unexpected. At a national program meeting in Utah, where staffer David Sundwall had initially stressed to OTA the need for expanded services, participants with dementia performed in a band on stage, playing instruments they had learned years ago. The performance was jaw-dropping.

In “Asking the Right Questions in Alzheimer’s Research” (Issues, Fall 2018), Susan Fitzpatrick identifies a range of serious challenges for neurodegenerative disease research—indeed, for brain research more generally. Two in particular deserve further elaboration. The first is her exploration of animal models in neuroscience. The second is her observation that researchers have failed to embrace the prospects of low-tech but potentially high-yield sources of data and insight from human patients.

Fitzpatrick correctly notes the unyielding focus on a relatively small number of animal species, primarily mice and rats, in neuroscience laboratories. Efforts key in on what can be asked of these animals, what can be modeled in them, and not necessarily on what needs to be asked or modeled in order to actually understand or intervene in the human disorder of interest. She introduces a perfectly damning metaphor: “It has not just been the problem of looking for the keys under the street light, but of finding in that light a bent nail and declaring that the key has been found.” I would, in fact, go further: we whack at these bent nails with broken hammers housed in jewel-encrusted toolboxes paid for with taxpayer dollars and/or profits from me-too drugs that have failed in any real way to alter disease trajectories for the millions of people who suffer from brain (and many other) disorders.

It need not be this way, of course. But scientific research, when not entirely creative, is just the opposite: self-reinforcing and self-perpetuating. Entire research enterprises can become so narrowly channeled and pathway-dependent that alternatives are not just not feasible but unimaginable. Except, perhaps, from the outside, or at least from the periphery. Issuing from the president of a small but strategically important neuroscience philanthropy, Fitzpatrick’s insights are terrifically important.

Looking at the second challenge she identifies, Fitzpatrick notes that “the revolution in technologies that track our every word and move as whole humans [has been] rarely integrated into the biomedical approach.” She has in mind in-body and on-body devices, surveillance techniques, and a whole suite of behavioral and cognitive assays, all of which take a distant second (or eighth or eightieth) to more reductionistic approaches focused on nonhuman putative models. Clinical phenomenology is now remarkably robust and could shed important light on the human phenotypes that could eventually be better modeled and assayed in other systems. Moreover, as Fitzpatrick notes, “A richer understanding and characterization of the human disease in the full context of how an organism does or does not accomplish the behaviors needed to thrive in its environment might suggest very different targets for therapeutic interventions.”

We are better off, in both the short and the long term, with minds wide open to novel approaches, with a diverse range of tools and strategies, and with a willingness to reconsider whether we’ve been asking any of the right questions all along.

Brains are complex, and they engage with complex (social, biological, physical, technological) environments. Susan Fitzpatrick’s essay is a necessary call to action, stressing the importance of embracing this reality if we hope to make significant progress in understanding aging brain function and its breakdown in age-related disease. Central to her discussion is a consideration of the individual.

With the introduction of new methods and tools for measuring and studying the complex organization of the brain and its interacting components, efforts to understand brain function through the lens of networks have been reenergized. Descriptions of Alzheimer’s disease, and brain aging more generally, have frequently invoked network-related concepts to explain patterns of brain structure and function. However, it is only recently that this research has been able to apply a formal science of networks to characterize the observations.

As a cognitive neuroscientist who studies aging brain networks, I am a part of this effort, and I share Fitzpatrick’s enthusiasm about studying the brain as a complex and adaptive system. It’s important to emphasize how a network-based approach has particular appeal when considering the person-to-person variability that accompanies aging. It’s easy to recognize that some individuals maintain good cognitive health well into their later adult years, while others are more vulnerable to rapidly declining cognitive ability and disease, evident even from middle age. However, although there are multiple risk factors for Alzheimer’s disease and other forms of dementia, there are rarely any determinants. The individual variability has often been described with hand-wavy explanations, but an absence of a neural substrate that adequately explains this variability has prohibited significant progress in our understanding of the causes and consequences of cognitive decline and disease. Framing the problem and observations in the context of changes in functional and anatomical brain networks that are defined and measured using formal methods provides an opportunity to understand the individual differences in resilience and vulnerability that accompany aging.

This approach has benefited other domains of science to reveal how variability in both vulnerability to network degradation and consequences of this damage is evident across many real-world networks, and can account for different observed outcomes. For example, understanding differences in citywide public transportation networks has led to a deeper appreciation of why certain cities exhibit greater fault tolerance to short- and long-term interruptions in metro or bus service, and what is needed to support and revitalize preexisting infrastructures given changing transit demands. The application of this type of framework toward understanding brain network variability across individuals is clear.

A second central idea in Fitzpatrick’s essay considers the complexity of an individual’s environment as he or she ages. In neuroscience research, features of an individual’s environment are rarely measured. When they are, they are often coarse summaries, and are primarily treated as sources of group sampling “noise” that must be statistically accounted for. However, even broad characterization of environments reveals robust associations with age-related illness. For example, economic disadvantage is related to greater incidence of dementia and age-related decline. If certain environmental factors promote brain resilience or expose brain vulnerability, it is important to know what they are and how they operate. The determinants of successful brain aging can’t be limited solely to substrates of the brain but must also include the environment with which the brain engages.

Research in cancer is quickly revealing that an effective path toward successful detection, treatment, and prediction of disease progression involves understanding not only cancerous cells but also the local ecosystems in which they flourish or fail—both the “seed” and the “soil” (as first described by the twentieth-century surgeon Stephen Paget). Progress in research on Alzheimer’s disease and other age-related diseases will benefit when we embrace a similar perspective. It’s time to study brain complexity, both in terms of brain networks themselves and also the environments in which individual brain networks develop and mature. 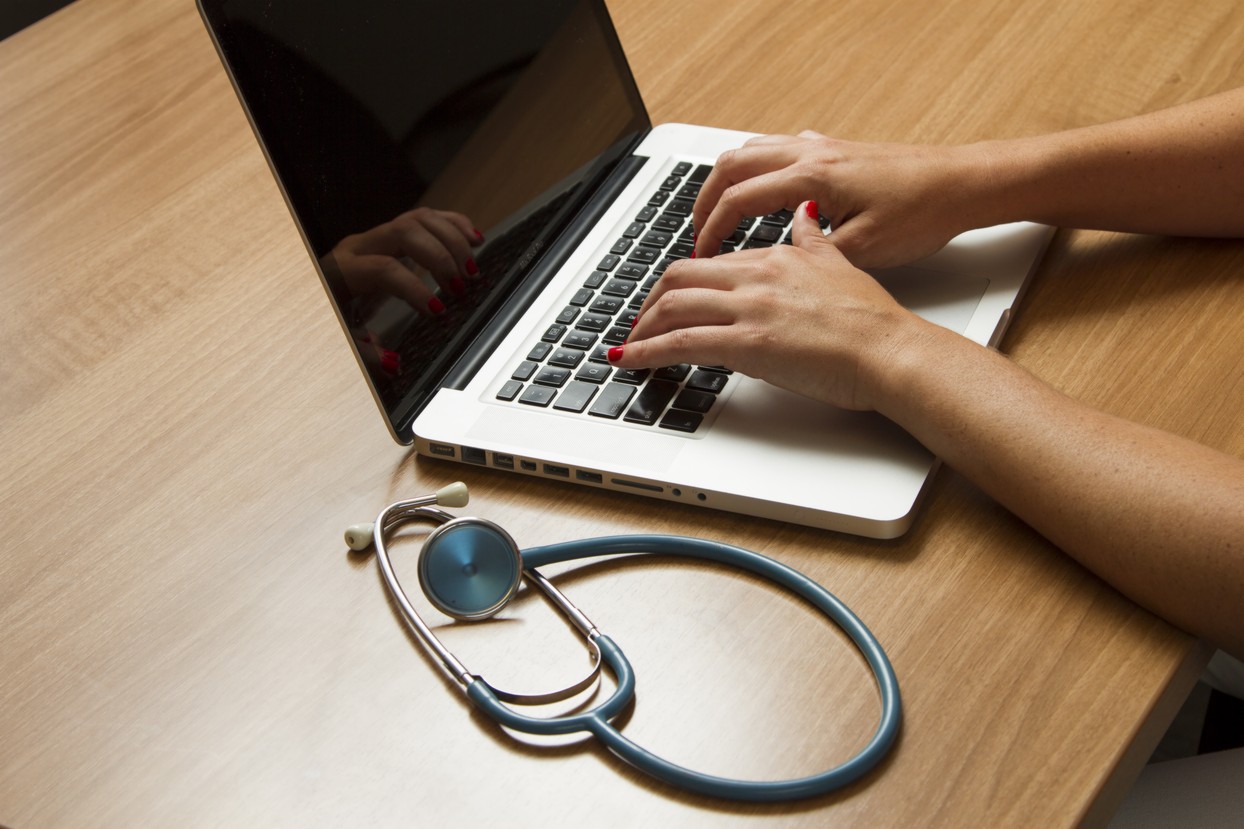 Data for the People!

Experts discuss the future of data privacy in the hands of individual patients and how that might affect health care. 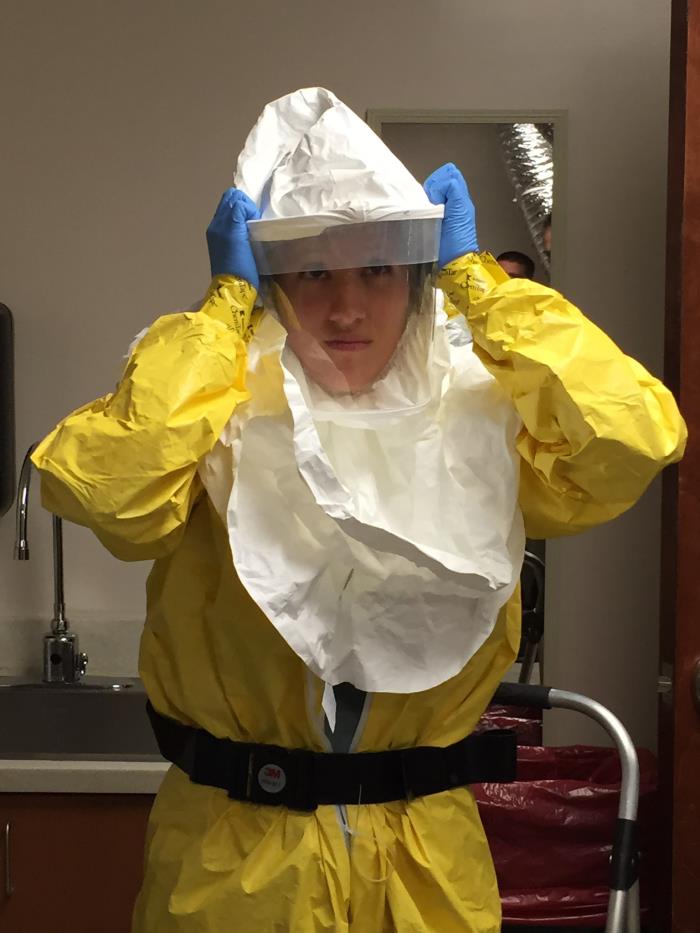 Experts discuss nursing innovations from the past and during the pandemic, despite a lack of adequate resources.