Whither the U.S. Climate Program?

Approximately 50 years ago, the first contemporary stirring within the scientific community about climate change began when Roger Revelle and Hans Suess wrote that “human beings are now carrying out a large-scale geophysical experiment.” Since that time, the scientific community has made remarkable progress in defining the effect that increased concentrations of greenhouse gases could have on the global climate and in estimating the nature and scale of the consequences. The political discussion about how to respond to this threat has been less successful.

Although a small vocal group of scientists continues to raise important questions about whether the data and the theory validate the projected trend in the climate, these views have been more than counteracted by the overwhelming consensus of scientists that the case for the projected climate change is solid. The 2001 assessment by the Intergovernmental Panel on Climate Change of the World Meteorological Organization projects that by the year 2100, there will be a global temperature increase of 1.4 to 5.8 degrees centigrade, a global sea level rise of 9 to 88 centimeters, and a significant increase in the number of intense precipitation events. The wide range of these estimates reflects differences in assumptions about population projections, technological developments, and economic trends that are used in constructing the scenarios.

By some time in the latter half of this century we will need to have in place a transformed energy system that has been largely “decarbonized.”

As the consensus on the likelihood of climate change became more robust, the world’s political leaders began to take notice. At a 1992 meeting in Rio De Janeiro, the world’s nations agreed to the United Nations’ Framework Convention on Climate Change (FCCC), which called for the “stabilization of the concentration of greenhouse gases at a level that would prevent dangerous climatic consequences.” Unfortunately, they were not able to specify what level of concentration would be acceptable or what constituted “dangerous” climate change. Instead, they established a Conference of Parties to work out the details and develop a plan of action to control climate change.

When the Conference of Parties convened in 1997 to produce the plan of action known as the Kyoto Protocol, the scientific and political differences among nations came into sharp focus. The U.S. Senate by unanimous vote declined to approve the plan because it excused many less developed countries such as India and Brazil from the requirement to curb greenhouse gas emissions and because the senators were afraid that meeting its requirement of reducing greenhouse gas emissions to 7 percent below the 1990 level by 2012 would have disastrous consequences for the U.S. economy.

A final political blow occurred in 2000 when President Bush withdrew the United States as a signatory to the Kyoto Protocol and announced that the country would meet its climate objectives by voluntary means. He called on the National Academies to review the science and recommend courses of action. The Academies confirmed that the threat of global climate warming was real but acknowledged that there were considerable uncertainties. The administration established a revised climate program overseen by a cabinet-level committee and assigned the responsibility for the climate science and technology programs to the Department of Commerce and the Department of Energy, respectively. It changed the U.S. goal from reducing the absolute amount of greenhouse gas emissions to reducing their intensity per unit of gross domestic product, which means that total emissions could increase in a growing economy.

The automobile has the potential to soften its impact on climate.

In spite of the political controversies surrounding the climate change issue, the U.S. research program is now barreling ahead. One goal is to define more precisely what concentration of greenhouse gases in the atmosphere would result in what the FCCC described as dangerous. Work will continue on trying to further refine the expected global temperature increase, sea level rise, and precipitation change. A central question now is what will happen at the local and regional level. The U.S. Global Change Research Program has already completed a preliminary assessment of the consequences of climate change for 16 regions of the country and four economic sectors. Further research is needed to confirm and refine these assessments.

Technology to the rescue

The climate-related field of research that needs the most attention now is energy technology. Most energy research has been done with the goal of reducing cost or improving efficiency. Only in recent years has the goal been to reduce carbon emissions and the atmospheric concentration of greenhouse gases. Much more needs to be done with that focus. By some time in the latter half of this century we will need to have in place a transformed energy system that has been largely “decarbonized.” British Prime Minister Tony Blair has declared that the United Kingdom will reduce its emissions of greenhouse gases by 60 percent by the year 2050. President Bush has not been so bold.

A variety of technologies deserve attention. The growing use of renewable energy systems that entail little or no use of carbon will play an important role. Photovoltaic cells are proving their value in remote niche applications, wind farms on land and in coastal waters are advancing rapidly in Europe and the United States, and biofuels are showing increasing promise. The next generation of nuclear power plants promises to be much safer and to produce much less hazardous waste, and nuclear fusion may eventually become practical. Another approach to reducing atmospheric carbon concentrations that is showing promise is carbon sequestration. Carbon can be sequestered in the terrestrial biosphere in trees, plants, and soils. And action to do so is contemplated. The technology to capture carbon emissions at the point of combustion and to store that carbon in geological formations under land and sea is becoming a reality. We are also moving forward with efforts to reduce emissions from vehicles. With the development of hybrid vehicles combining electric motors and petroleum, the automobile has the potential to soften its impact on climate in the near term. With the development of fuel cells that power vehicles with hydrogen, we can envision a future in which transportation is no longer a major source of greenhouse gas emissions.

Combining these technological advances with a continued assault by science on the outstanding problems could create the conditions necessary to meet the terms of the FCCC. However, caveats are in order. Climate issues are inherently international and require the participation of developing as well as developed countries. Although the scientific research can be conducted primarily by the developed countries, the implementation of new technologies must take place everywhere. Because many countries lack the resources to invest in new energy and transportation technology, this is an area where the United States could be a leader in providing financial assistance and demonstrating its willingness to work constructively with other nations for the benefit of all. 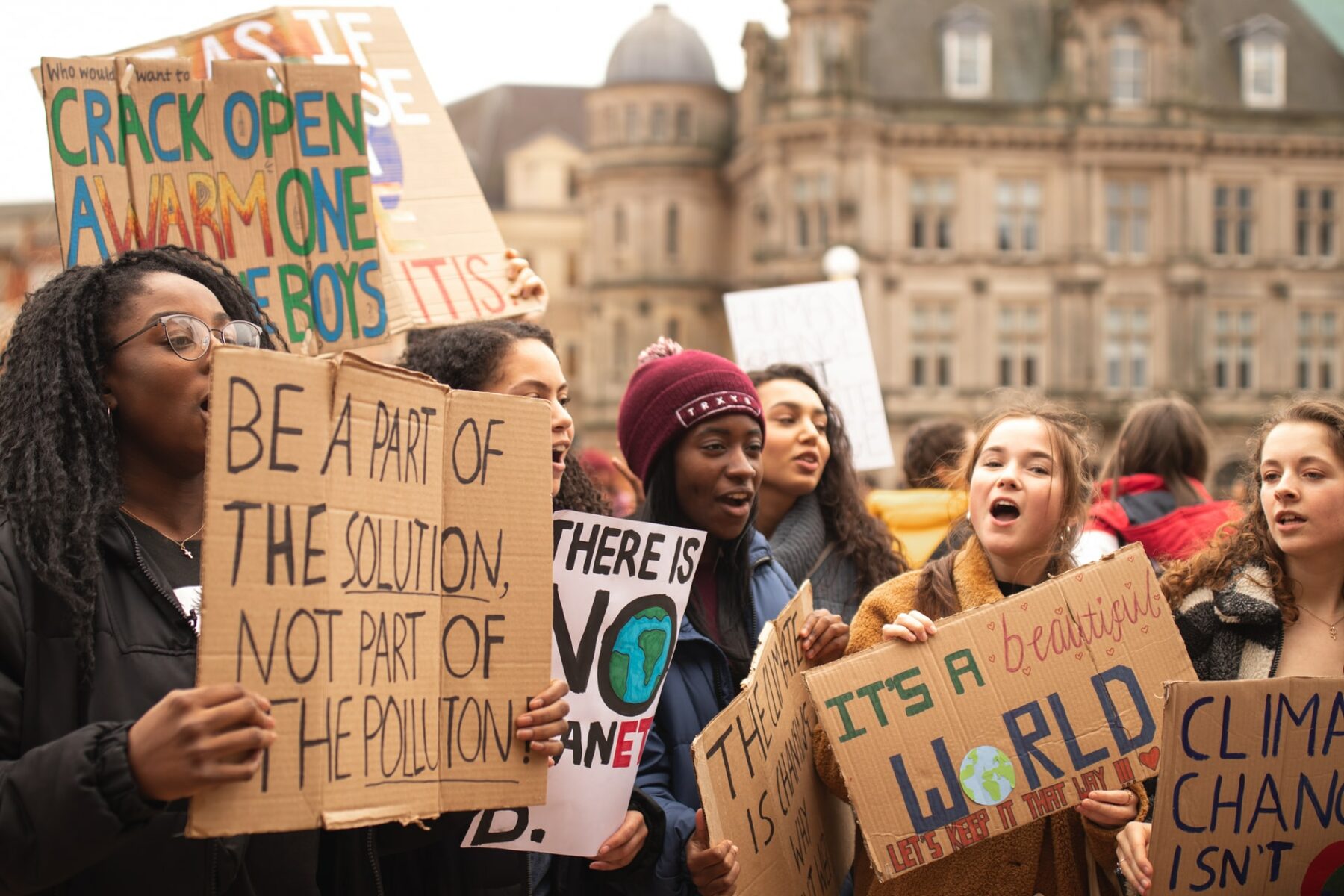