How Smart Have Weapons Become?

By the early 1980s, the technology was in hand to define “smart weapons” that could fill at least three important military purposes. First, guided weapons could provide theater-range artillery fire accurately across an entire battle area, when linked with a theater-wide surveillance system to identify and locate targets. Second, advanced surveillance systems could be used to mount an effective theater-wide air defense using surface-to-air missiles. Third, electronics could be employed in handheld antitank weapons that would make it possible to activate and deactivate these weapons from a central location, making possible wide distribution, even to militias, without fear of their misuse. How have these possible applications played out?

Substantial elements of a real-time, theater-wide surveillance system capable of covering a region 1,000 kilometers (roughly 600 miles) across already existed in the mid-1980s. These elements would be supplemented by a robust theater-wide communications system. Surveillance would be carried out in part by forward observers on the ground and in part by small drone aircraft, equipped with global positioning system (GPS) navigation and with television cameras or other sensors that could obtain precise knowledge of the target position. Once a target was identified and located, attacking weapons were available that could be guided to the target by using a navigation grid common to the sensors and to the weapon.

There is every reason to take seriously the threat of theater-range missiles against U.S. forces.

As demonstrated in U.S. actions in Afghanistan in 2001 and in Iraq in 2003, this capability has been functionally achieved. The laser-guided bombs used during the Vietnam War have been augmented by the addition of highly accurate Joint Direct Attack Munitions (JDAMs). These devices are guided by GPS systems and do indeed “bomb by navigation” on coordinates provided by ground observers, aerial surveillance, or satellite observation. A typical JDAM is a 2,000-pound Mk 84 bomb. A much larger JDAM, a 21,000-pound device called Massive Ordnance Air Blast, or MOAB, was used in Iraq after its first test in 2003.

Despite the advances demonstrated by the U.S. Navy and Air Force, the Army has not yet seen the merit of largely replacing tube-fired artillery shells by GPS-guided rockets. Developing such weapons would be possible within the constraints of the Intermediate Range Nuclear Forces Treaty, which prohibits the United States and Russia from possessing ground-based ballistic or cruise missiles with a range between 500 and 5,500 kilometers. A ballistic missile with a range of 480 kilometers would give the Army the ability to mass accurate fire from secure areas onto targets across an entire theater. In contrast with a conventional howitzer, which has a range of only about 40 kilometers and might miss its target by as much as 150 meters, the probable error for GPS-guided rockets of any range is likely to be in the 5-meter range. The rockets also can be arranged for simultaneous arrival on target, with final approach from any desired angle.

The contribution of JDAMs has been realized in conjunction with an integrated targeting and communication system, including the possibility of changing the target coordinates in the individual weapons while the delivery aircraft is in flight. Similar in accuracy to laser-guided bombs, JDAMs offer the important capability of being able to work in cloud or smoke, and they can attack dozens of individual targets in a region tens of kilometers across from a single release of multiple bombs by a B-52 or other large aircraft.

Only extra care will prevent guided bombs from “accurately” destroying the wrong targets by mistake, as happened with the Chinese embassy in Belgrade. But it would be highly desirable in any case to add a feature to ensure that such weapons explode in the air rather than on the ground if their guidance system malfunctions or if surveillance shows a civilian bus approaching the target area.

The problem with missile defense

The Bush administration has placed great emphasis on National Missile Defense (NMD), focused on a possible North Korean attack on the United States using intercontinental ballistic missiles (ICBMs) bearing nuclear warheads. But as early as 1968, Hans Bethe and I warned that a missile defense that cannot deal with feasible countermeasures is worse than no defense at all. That, unfortunately, characterizes the midcourse interceptor system under development by the Pentagon. My colleagues and I have shown, for example, how balloons released by an ICBM could serve as credible decoys for a tumbling warhead, itself encased in a similar balloon, thus preventing intercept of a nuclear payload.

On the other hand, boost-phase intercept (BPI)–striking the missile before its rocket engine has driven it to full ICBM speed–has a real capability against the Taepo Dong 2 ICBM that North Korea has been expected to test since 1998. BPI would work against North Korea because the territory is small and almost surrounded by international waters. But progress has been slow in developing BPI, in large part because the administration has emphasized the ineffective midcourse system and to some extent because BPI would be more difficult to use against a missile launched from the much larger territory of Iran and, until the recent war, Iraq. Yet solving the most urgent problem first–North Korea–has some merit.

The administration no longer distinguishes the demands of NMD from those of theater missile defense, and this further confuses the issue of missile defense development. There is every reason to take seriously the threat of theater-range missiles against U.S. forces. And the same GPS guidance that has made such an enormous change in the effectiveness of U.S. high-explosive weapons is available and has been tested by others as terminal guidance for their theater-range ballistic missiles. But unlike terrorists, hostile regimes, unless their survival is at stake, will not launch ICBMs containing biological or nuclear payloads against the United States. Also, in many cases, a preemptive U.S. strike could destroy such capabilities.

A conventional Scud missile with a range of 300 kilometers, or an extended-range Scud that can travel up to 900 kilometers, now becomes a real threat, because its explosive payload of one-half ton to one ton can be delivered with 10-meter accuracy instead of the multikilometer error typical of previous attacks. What has not been emphasized is the highly feasible task of developing a missile defense system to protect against such attacks with a “keep-out” zone of half a kilometer. Instead, the attraction of the technological challenge drives industry to propose, and government to fund, solutions in which interceptors need to reach out tens or hundreds of kilometers to defend as much of a theater as possible. Until such capabilities are achieved, U.S. forces, as well as those of allies and friends, are unnecessarily vulnerable to highly accurate bombardment.

Fortunately, the Patriot PAC-3 hit-to-kill interceptor is expected to perform much better than did the original Patriot during the 1991 Gulf War, when it made few if any intercepts. President Bush in 1991 claimed that the Patriot was essentially 100 percent effective. But in January 2001, at the end of his tenure as secretary of defense, William Cohen flatly stated, “It didn’t work.”

It also seems unlikely that a NMD system will be useful in preventing an enemy from using ICBMs with nuclear or biological weapons to attack the U.S. mainland. After all, as the 1998 report of the commission headed by current Secretary of Defense Donald Rumsfeld concluded, an opponent could deploy a short-range, sea-based missile threat, either ballistic or cruise, against U.S. coastal cities. These capabilities are much easier to achieve than is an ICBM and would be more reliable and more accurate.

Advances in electronics have made it possible to produce effective tripod-mounted or shoulder-fired antitank weapons, as well as similar antiaircraft missiles. But their development is proving to be a double-edged sword. Since September 11, 2001, many observers have been particularly worried about the whereabouts of Stinger missiles provided by the United States to anti-Soviet forces in Afghanistan, as well as similar Soviet and Russian antiaircraft weapons available worldwide. Civil aircraft taking off from airfields anywhere are at risk from these infrared homing weapons, which could readily bring down an airliner, killing all aboard. It is time to incorporate robust use-control features into these kinds of weapons. These features would make it possible to deactivate a weapon that is no longer in authorized hands.

In an era of rapid technological change and potentially reduced cost, the nation is paying dearly in treasure and capability for delays in decisions and in terminating programs, and for not taking advantage of existing technology to achieve limited goals. The JDAM bomb system, which was developed expeditiously and offers remarkable military capacity, is a shining example of how to do it right. 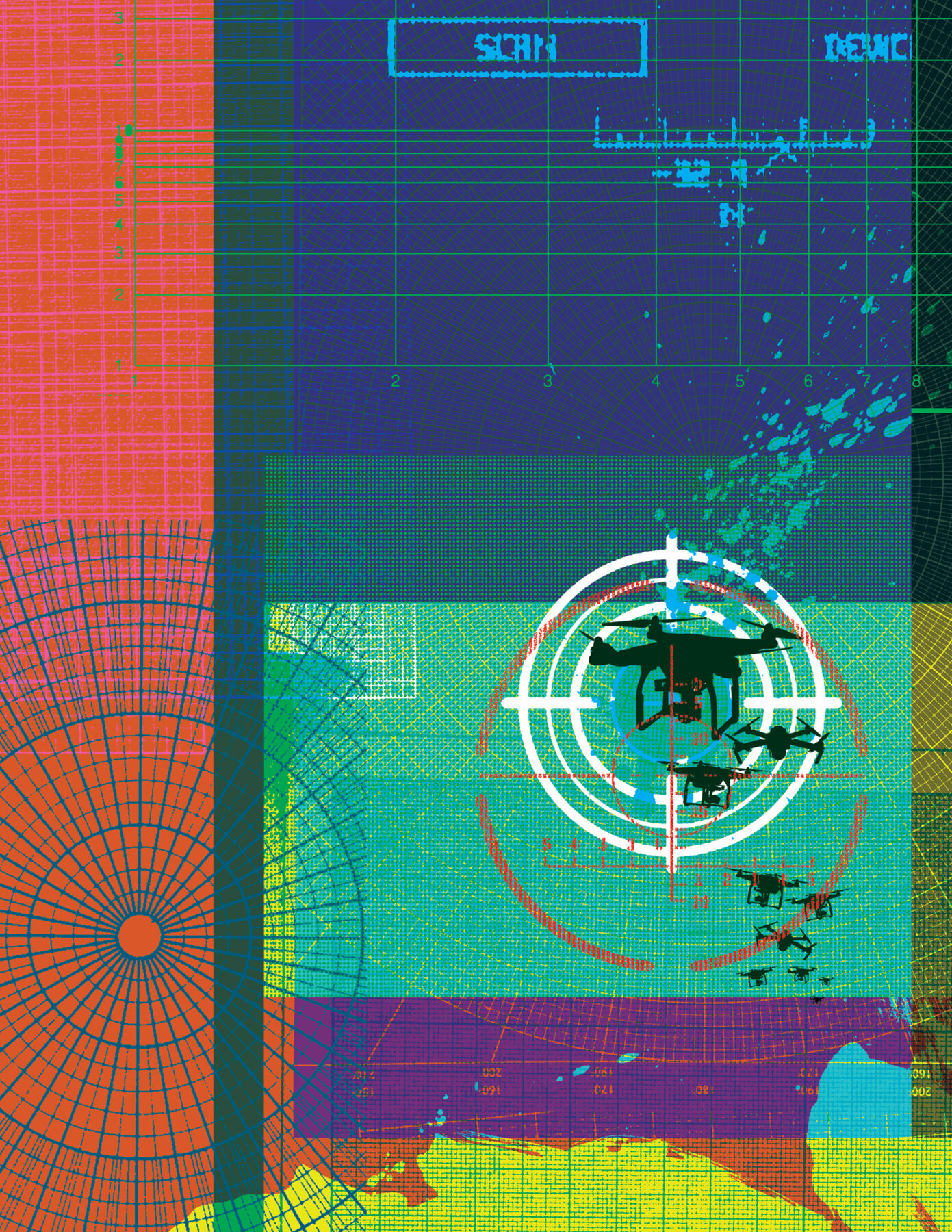