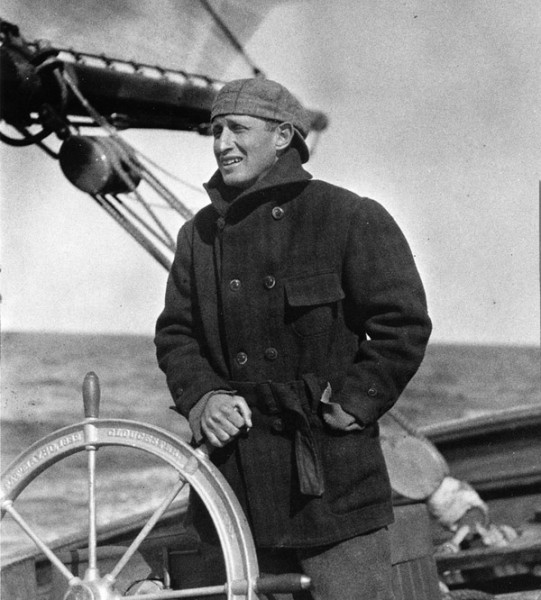 It was at the urging of Harvard University zoologist Henry Bryant Bigelow, shown here piloting the yacht Grampus in 1912, that the National Research Council in 1919 formed its first Committee on Oceanography. Failing to obtain the funding needed to operate, the committee was disbanded in 1923. In 1927, the National Academy of Sciences appointed a new Committee on Oceanography with the charge to consider the share of the United States in a world-wide program of oceanographic research.

Committee chairman Frank Lillie, chairman of the Department of Embryology at the University of Chicago, director of the Marine Biological Laboratory in Woods Hole, and a future president of the Academy, determined that the complexity of the committee’s task necessitated the help of experts drawn from outside the Academy’s membership. Bigelow was one of the experts engaged by the committee, and his contribution to its work, which included a report on the scientific and economic importance of oceanography, was significant. One result of the report was the founding of the Woods Hole Oceanographic Institution, of which he was the first director. Bigelow was elected to membership in the Academy in 1931.