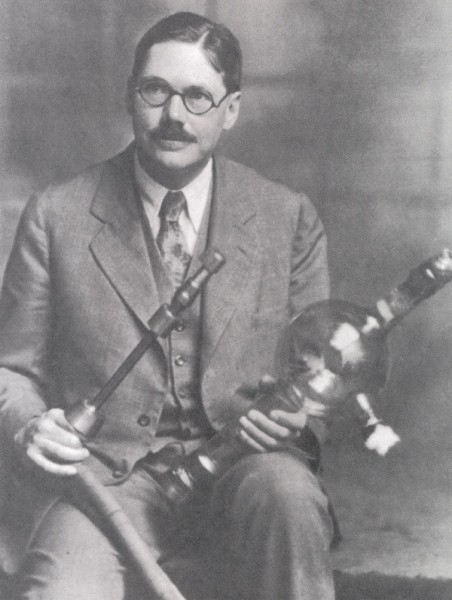 David Locke Webster (1888-1976) had an unusually long and varied career. After having obtained a Harvard Ph.D. on the basis of his investigation of the optical properties of chlorine gas, in 1915 he made the first, although unpublicized, x-ray determination of Planck’s constant. When the United States entered World War I, Webster was one of a number of physicists working for the National Research Council who obtained commissions in the Science and Research Division of the Signal Corps. He set to work on problems of aircraft instrumention and earned his pilot’s rating in May 1918. Webster is credited with being the U.S. Air Service’s first test pilot–a title that didn’t officially exist at the time. During World War II he performed rocket research for the Army and subsequently went on to work for the National Aeronautics and Space Administration until shortly before his death. Towards the end of his life this accomplished physicist is reputed to have expressed one regret: that he hadn’t been a geologist.